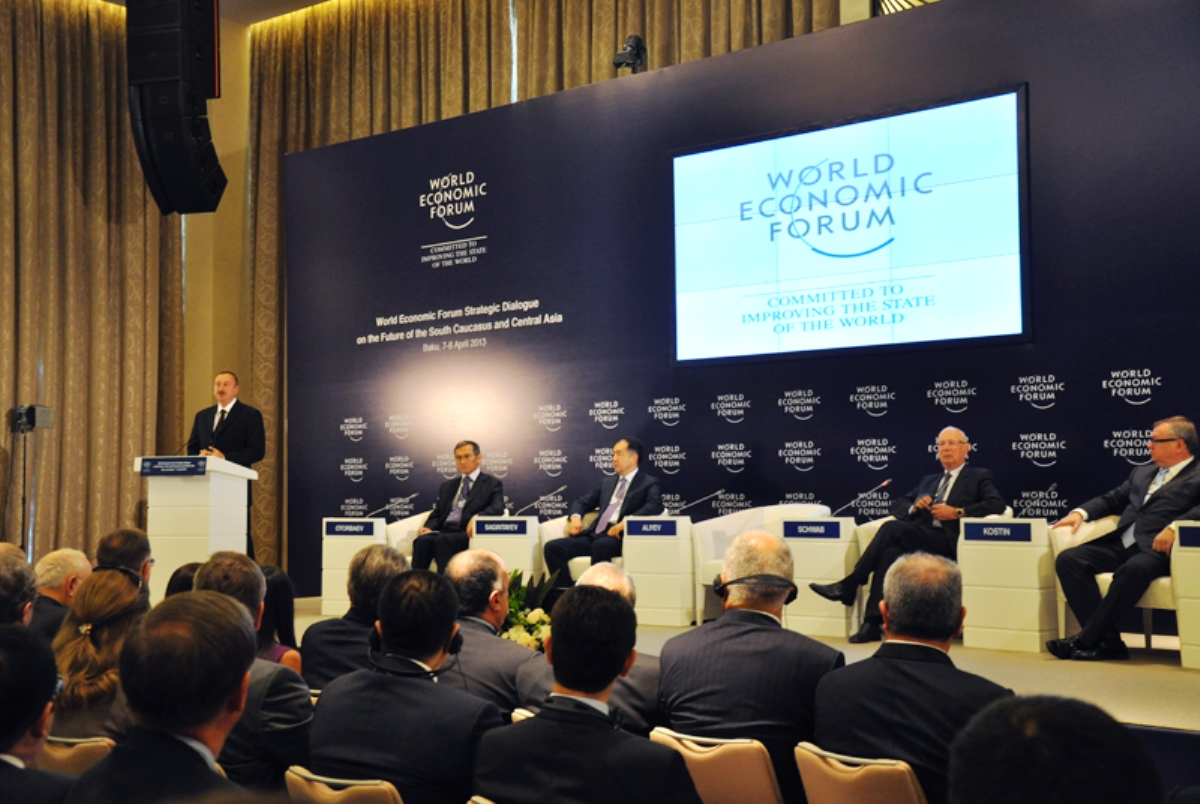 The WEF in Baku 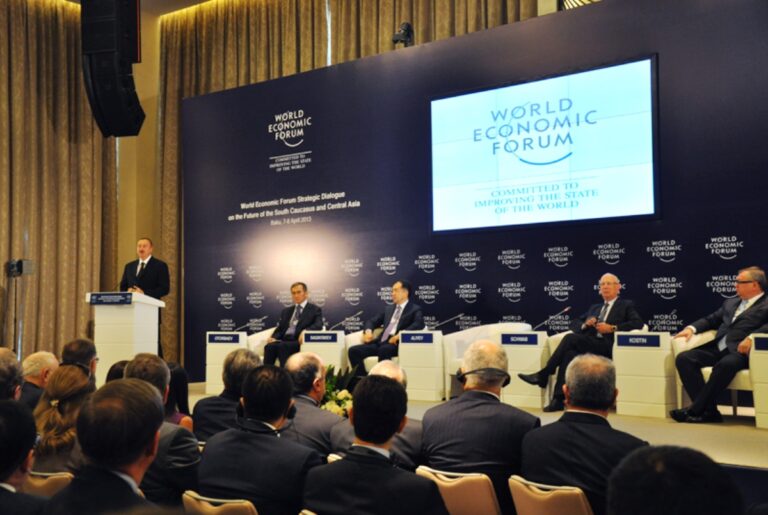 On 7 April, 2013, Baku, Azerbaijan was host to the World Economic Forum’s first Strategic Dialogue on the Future of the South Caucasus and Central Asia. The event gathered a range of global stakeholders in candid discussions on economic integration and sent the global investor community its latest signal of the rising importance of a region dubbed “the new Silk Road.”

According to Claus Shwab, Founder and Executive Chairman of the influential World Economic Forum, the choice of venue was strategic. “Azerbaijan in many ways represents a microcosm of the region’s great opportunities,” he said. “The country has registered impressive growth rates thanks to responsible exploitation of its exceptional resource potential. At the same time it has shown a unique will and skill in using these resources to support the diversification of the country’s economy through some very wise reforms.”

High-level speakers from the public and private sector alike commented on the region’s growth trajectory. Azerbaijan’s production of natural gas, for example, has grown 200% in the last eight years. Kazakhstan’s Kashagan field is estimated to be the world’s 6th largest untapped oil field. Turkmenistan, meanwhile, has the 4th largest natural gas reserves in the world. FDI throughout the region has increased nine fold between 2000 and 2009.

At the center of the discussions was how a more integrated South Caucasus and Central Asia could connect these centers of growth to become the world’s latest frontier opportunity. According to the World Economic Forum, it is estimated that regional integration could result in a 100% growth of GDP per capita in just 10 years.

The event was structured around four themes: energy and natural resources; entrepreneurship and human capital; finance and long-term investment; and trade and supply chains. According to Schwab, the dialogue was the starting point for a longer-term process that “will engage a broad set of international and regional stakeholders in a strategic reflection of prospects for regional economic integration.”

Within the discussion, a number of dominant themes emerged, such as the proposed Trans-Anatolian Pipeline [TANAP]. With construction set to begin in 2013 or 2014, TANAP will deliver gas from Azerbaijan’s Shah Deniz field to Europe through Turkey. “I think TANAP is the most concrete project among the other projects that were discussed today,” Taner Yƒ±ldƒ±z, Turkey’s Minister of Energy, told TBY. “As a project, TANAP is the physical manifestation of the regional integration we are discussing here.”

Another major point of discussion was governance, stability, and predictability. On this topic, Azerbaijan scored high marks from major stakeholders such as BP. “Azerbaijan has never changed so much as a comma in our production supply agreements,” noted Gordon Birrell, BP’s Regional President for Azerbaijan, Georgia, and Turkey. “That’s the kind of stability investors need.”

Within the discussion on nurturing human capital, a particular emphasis was on the role of entrepreneurship in completing the shift from central planning to a market economy among the former Soviet states. “Entrepreneurship is the energy of the future for this region,” noted Prince Andrew, the Duke of York.

Perhaps the underlying theme across all the segmented discussions was diversification, a topic underscored by Azerbaijani President Ilham Aliyev from the outset of the event.

“Our economic development started with the energy sector, and still the energy sector is the most attractive for foreign investment, but our main objective now is to diversify the economy,” noted Aliyev. “In order to do that we need to present ourselves to the world business community not only as a country with an important geographic location and natural resources, but also as a country which is committed to reforms, transformation, and diversification.”

The two-day event marked the start of an intensive 18-month Forum initiative, Scenarios for the South Caucasus and Central Asia, aimed at raising issues of regional integration by creating dialogues about possible economic and geopolitical situations that could play out between now and 2030.