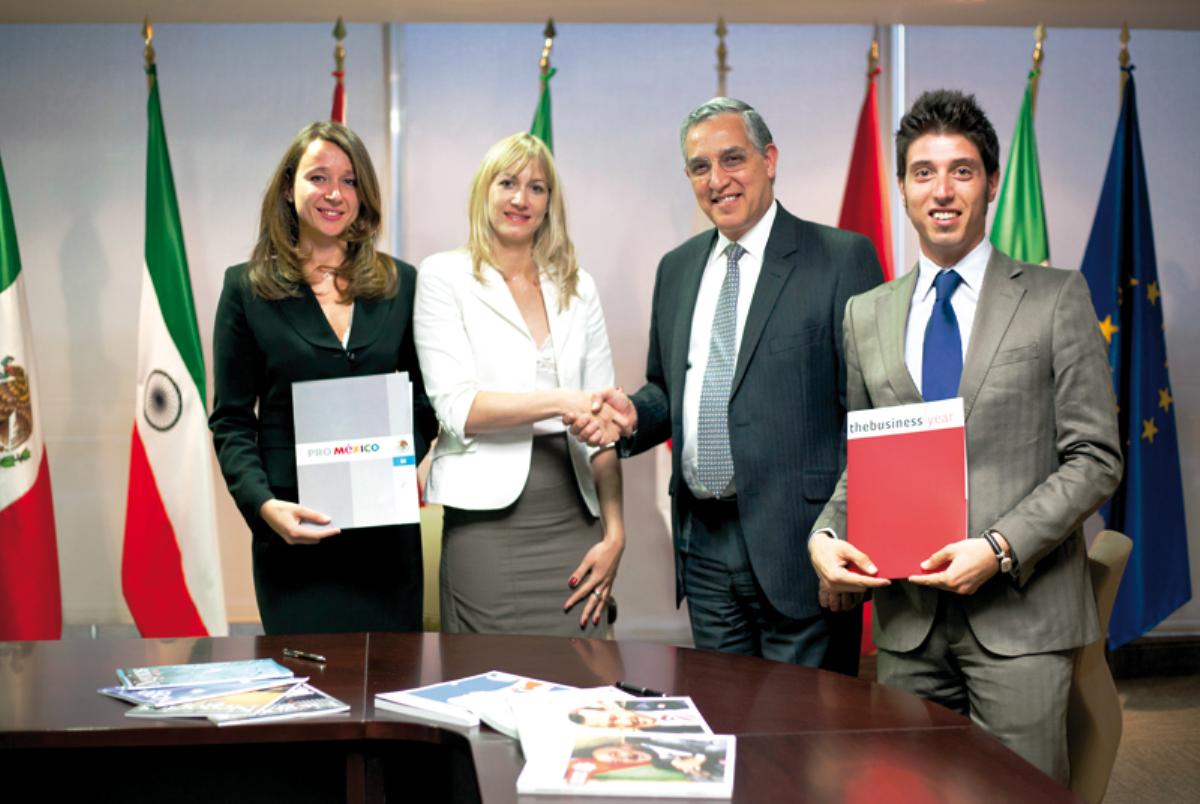 The Business Year partners With ProMéxico 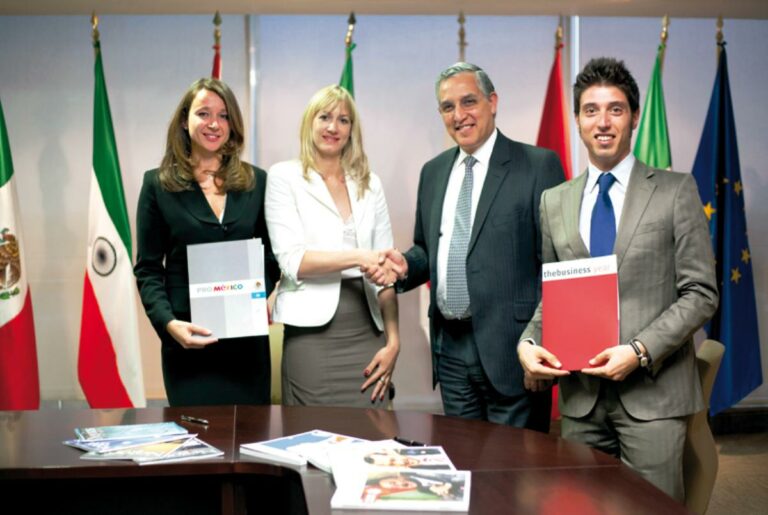 Mexico, July 31, 2011—Leading international business and consultancy company The Business Year (TBY) and ProMéxico have entered into partnership to produce The Business Year: Mexico 2012. The Memorandum of Understanding (MoU) was signed in Mexico City by Mr. Carlos Guzmán Bofill, CEO of ProMéxico, and Ms. Peggy Rosiak, Regional Director for TBY.

After signing the MoU, Mr. Guzmán Bofill said, “Partnering with The Business Year is a great opportunity for us to show the world what Mexico has to offer. It is the second largest economy in Latin America and the best place for doing business in the region, thanks to its strategic geographic location and its broad network of free trade agreements, which grant privileged access to more than 1 billion people in over 40 countries. Mexico is among the 10 most important exporting economies in the world and, more importantly, a safe place for investments.” Ms. Peggy Rosiak reiterated the importance of Mexico as one of Latin America’s strongest and most stable economies with a sustainable growth rate, a top position as a producer of crucial natural resources, and a reputation as a business-friendly country. “TBY is glad to partner with ProMéxico under the Ministry of Economy and to work closely with this institution to co-publish The Business Year: Mexico 2012,” said Ms. Rosiak. “Our publication will not only raise Mexico’s profile by highlighting the initiatives and trends that are shaping growth and stability, it will also serve as a reliable and comprehensive resource for our influential readership in the global business and investment community.”

According to the partnership, The Business Year team will spend six to eight months in Mexico to compile a comprehensive analysis of the Mexican economy. The research will focus on all the major sectors of the country’s economy including finance, industry, energy, ICT, transport, real estate and construction, health and education as well as tourism and agriculture. The TBY team will conduct more than 200 face-to-face interviews with the top decision makers in Mexico to better understand and accurately reflect the business sentiment in the country.

The research will be published under the title The Business Year: Mexico 2012, which will be the most comprehensive review of the Mexican economy published internationally. The target readership of the publication is top executives, policymakers, and media representatives all around the world.

The publication is to be released in the first quarter of 2012 and will be distributed to over 80,000 subscribers worldwide.

ProMéxico is the Mexican Government institution in charge of strengthening Mexico’s participation in the international economy. The institution supports the export activity of companies established in the country and coordinates actions to increase foreign investment volumes in the national territory. Its main mission is to plan, coordinate, and execute strategies to attract foreign direct investment, promote Mexican exports of goods and services, and encourage the internationalization of Mexican companies in order to contribute to the economic and social development of the country. ProMéxico was established on June 13, 2007, through Presidential Decree as a sectorial public trust under the Ministry of Economy, and operates via a network of 25 offices throughout Mexico and more than 27 offices abroad.