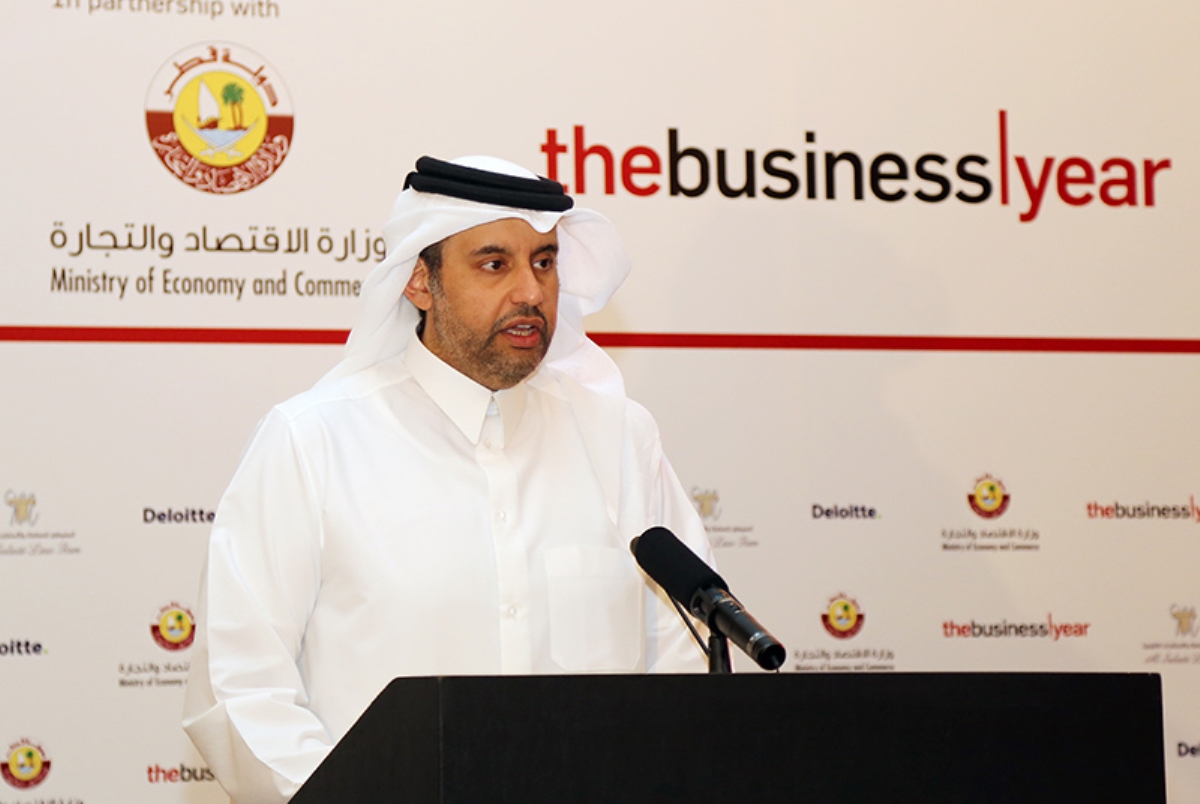 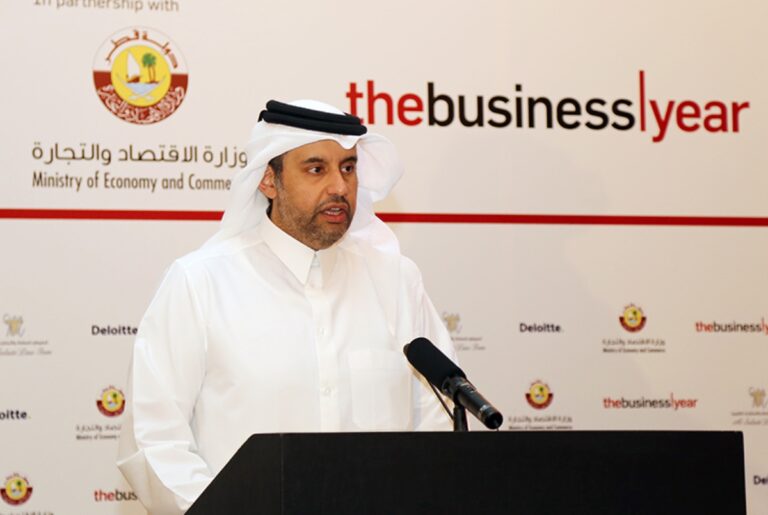 Qatar, May 11, 2015—At an exclusive event at the Marriott Marquis Hotel in Doha, Qatar, TBY, in partnership with Qatar’s Ministry of Economy & Commerce, launched its latest edition on Qatar’s economy, The Business Year: Qatar 2015.

The publication consists of over 150 interviews with top executives and government officials, including a special contribution from the Emir, HH Sheikh Tamim Bin Hamad Al Thani, in which he discussed government plans, the successful performance of Qatar’s economy, and Qatar’s role as global trade and diplomatic partner.

HE Sheikh Ahmed Bin Jassim Al Thani, Qatar’s Minister of Economy & Commerce, said, “The Ministry of Economy & Commerce seeks to direct the Qatari economic policies towards implementation that approach to reduce relying on hydrocarbons, as well as by boosting private sector’s role, income resources diversity and develop investment environment. This approach led to a qualitative improvement on production and competitive capabilities for the national economy. Consequently, we witnessed growth rates in all economic sectors. Moreover, it highly contributed in enabling Qatar to gain very advanced ranks in several regional and international indexes.”

Betul Cakaloglu, Regional Director, speaking at the event, spoke of the importance of The Business Year’s research in Qatar; “It is another memorable day for The Business Year as we continue our successful collaboration and partnership with The Ministry of Economy & Commerce of Qatar. The Ministry has played a critical role in assisting our research so that it is of the highest standard. Qatar has moved from strength to strength, demonstrating its strength domestically, regionally, and internationally, and The Business Year will continue to support the development of this burgeoning economy.”

Tariq Abdulaziz Alsada, Communication and Public Relations Director in the Ministry of Economy & Commerce said: “The Business Year is a key annual publication for readers as it contains interviews with the most important leaders and executives in Qatar. TBY provides solid and diversified content that focuses on the strategic objectives of Qatar and the national vision for 2030. We congratulate launching 2015 issue and hope more success for its team.”

The publication focuses on key issues surrounding Qatar’s development economically, socially, and politically. As GCC countries have become a more attractive location for investment and business, Qatar’s role within the region has increased significantly due to its stable political situation government and strong economy.

Bilateral ties play an important part of the publication, establishing the significant role that Qatar plays on a global scale. Speaking in the publication, HE Chung Hongwon, the former Prime Minister of South Korea, says, “The Korea-Qatar partnership in the energy and construction sectors goes back many years and remains strong to this day. With bilateral trade volume reaching $26.7 billion, Qatar is the single-largest supplier of LNG and the fifth-largest supplier of oil to Korea as of 2013.”

Energy is not the only focal point as Qatar has become an interesting prospect in many other sectors. Hongwon went on to say, “I hope that both our countries continue to work hard to open up new opportunities for cooperation in the future. For this, we need to identify new areas of cooperation, in which both countries feel comfortable to partner with each other.”

Opportunities for a diversity of bilateral ties is also seen between Qatar and Brazil. HE Dilma Rousseff, the President of Brazil, said, “Brazil and Qatar share the very same vision about the pivotal role that the achievement of the Millennium Development Goals (MDG) in education, health, and social development must play in our national strategies and priorities, as well as in our diplomatic efforts in international for a, including the so called “unfinished agenda” of the MDG.”

The publication concludes with an executive guide, with Mubarak Bin Abdulla Al-Sulaiti, Chairman of Al-Sulaiti Law Firm providing a legal framework and Deloitte providing an accountancy framework for foreign companies interested in expanding their businesses into the Qatari market.

The Business Year: Qatar 2015 will reach a global audience of 97,700 readers via its printed version, while a wider audience will be able to access it through TBY’s iPad, iPhone, and Android applications. The interviews are structured around chapters covering the main sectors of the economy, namely diplomacy, economy, finance, energy, industry, IT & telecoms, transport, real estate and construction, education & research, health & sports, tourism & culture, and retail & lifestyle. TBY’s research articles provide the reader with vital facts and figures—at both the macroeconomic and microeconomic levels—highlighting specific projects, investments, and opportunities.