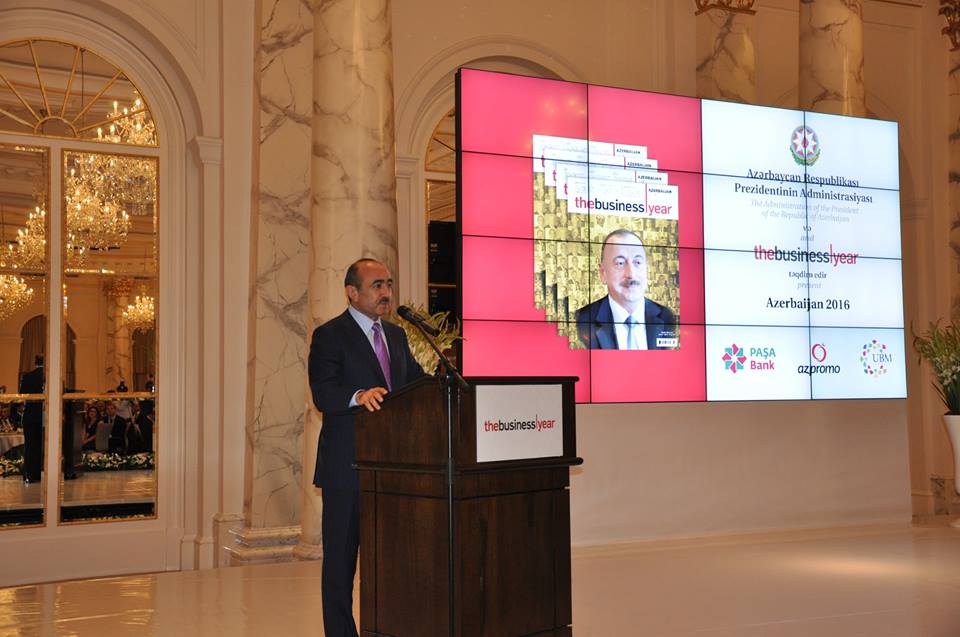 The Business Year launches its sixth edition on Azerbaijan 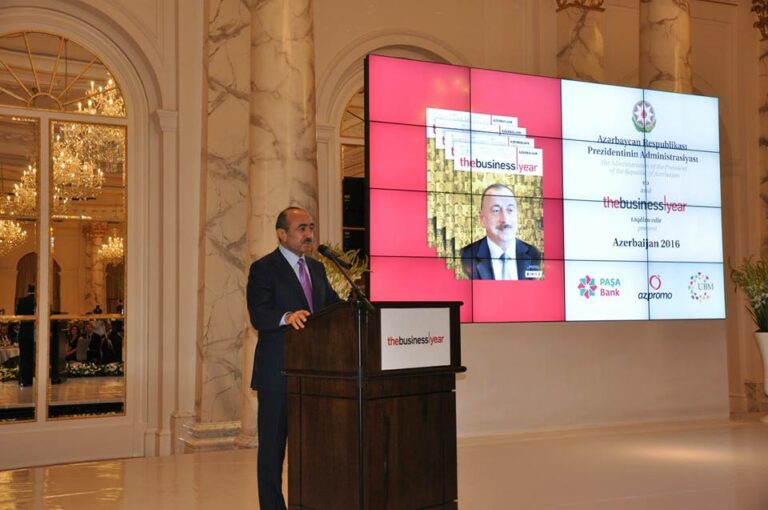 The Business Year (TBY), in partnership with the Presidency of Azerbaijan, launched The Business Year: Azerbaijan 2016, its six annual edition on the country, on May 25, 2016, at the Four Seasons Hotel in Baku.

Prior to the event, TBY’s Editor-in-Chief Leland Rice and Managing Director for Middle East Betul Çakaloğlu met with Azerbaijani President Ilham Aliyev to brief him on the major findings of this year’s edition and present him with the TBY “Man of the Year” award in recognition of his leadership in transnational energy projects, major international events in the country over the last year, the development of Azerbaijan as a transport corridor, and the promotion dialogues between cultures.

“This edition is important for promoting Azerbaijan in the world, and we look forward to continuing the relationship with TBY,” Presdient Aliyev said in the meeting. Regarding the Man of the Year honors, he added: “I’m grateful for this recognition. The reasons you noted for giving this award reflect very well this government’s number one priorities.”

The launch event that evening featured a keynote address by Dr. Prof. Ali Hassanov, Aide to the President of the Republic of Azerbaijan on Public and Political Affairs, Head of Department for Public and Political Affairs, 1st Grade State Councilor. “I would like to thank TBY for its careful consideration of this award and for its accurate coverage of the country,” Dr. Hassanov told the crowd of nearly 100 business leaders, cabinet ministers, parliamentarians, dignitaries, and journalists. “Politicians are responsible for making history, but it is the media that passes this on to the world. For this we thank TBY for its quality work, both here in Azerbaijan and around the world.”

The event included additional speeches by the Minister of Culture and Tourism Abulfas Garayev, Mayor of Ganja Elmar Rustam oglu Valiyev, Azercell CEO Vahid Mursliyev, and Leland Rice, who presented highlights from the edition. The event concluded with performances from some of Azerbaijan’s most renowned musicians.

At the event, TBY also released the results of its inaugural Business Confidence Index (BCI) for Azerbaijan. The index, based on a collation of data from all of its 2016 interviews, offers a comparative look at the sentiments of leading executives in different sectors. Agriculture ranked highest on the Confidence Index, followed by Tourism and IT & Telecoms.

“One major theme of our coverage this year, and a variable that impacted the BCI, was multiculturalism,” said Rice. “It was “The Year of Multiculturalism,” so we looked at Azerbaijan’s role in promoting dialogues between cultures, particularly through major international events in 2016. But what we also found was that these values had an economic impact, as a number of executives cited Azerbaijan’s peace and stability, as well as diverse and far-reaching bilateral relations, as reasons for their confidence. This was especially true in energy and tourism.”

Çakaloğlu noted the support TBY has received for its work in Azerbaijan. “Across the last six years, the partnership and collaboration we’ve enjoyed with both the government and the business community here has been invaluable in our mission to produce the predominant international publication on Azerbaijan’s economy.”

The Business Year: Azerbaijan 2016 will reach a global audience of 97,700 readers via its printed version, while a wider audience will be able to access it through TBY’s iPad, iPhone, and Android applications.