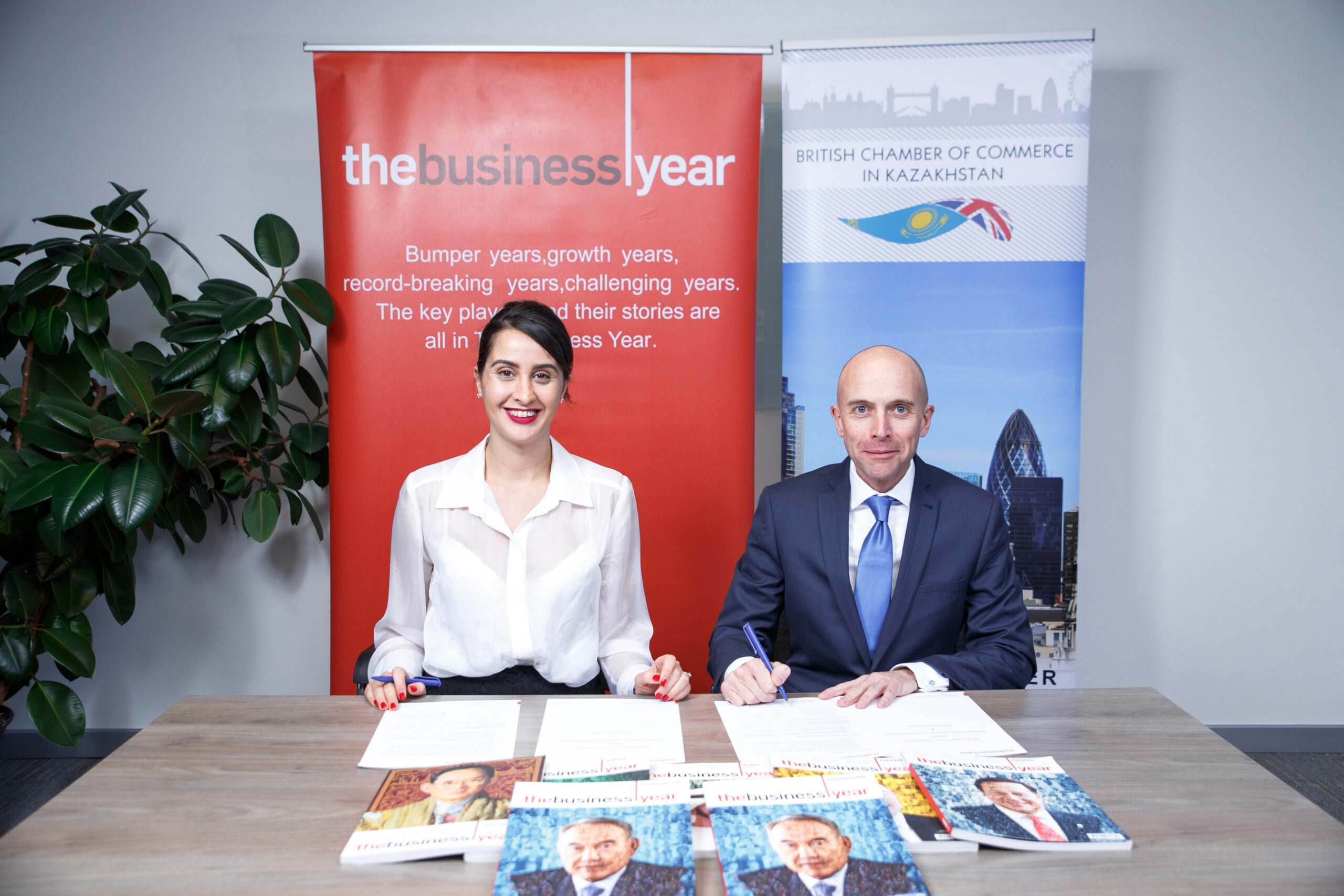 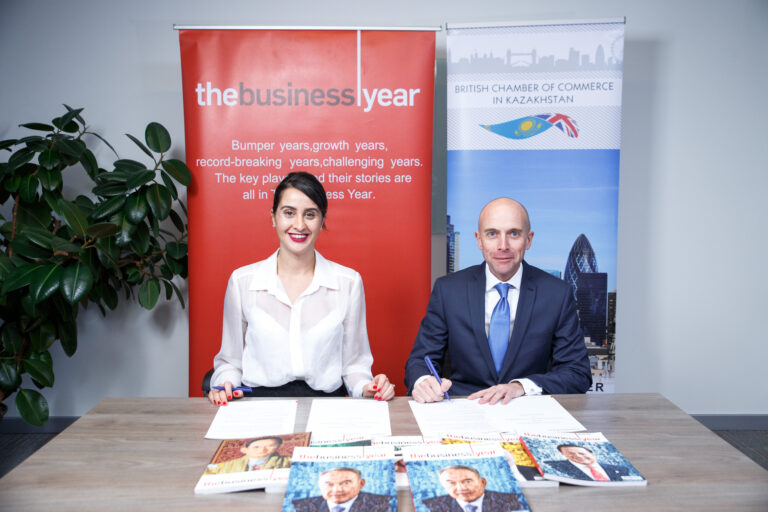 TBY and the British Chamber of Commerce in Kazakhstan have signed a Memorandum of Understanding (MoU) to launch a far-reaching partnership to facilitate the publication of the seventh edition on Kazakhstan’s economy, The Business Year: Kazakhstan 2017. The agreement was signed by Giuliana Caruso, Country Manager at TBY, and Ashley Clark, Chairman of the British Chamber in the Almaty offices of KPMG, of which Clarke is Partner and COO.

Through this partnership, TBY will gain access to the top management of the many British companies in the British Chamber’s network, while at the same time cooperating with the chamber to enhance the business climate of Kazakhstan and promote the country as an investment destination.

On the partnership, Caruso commented: “Partnering with such a prestigious organization in Kazakhstan represents an important step in further enhancing the success of TBY’s coverage on the country and adds a great editorial advantage.”
Clarke, meanwhile, noted: “The British Chamber of Commerce in Kazakhstan is glad to be the official research partner of The Business Year, which has successfully provided insights into Kazakhstan’s economy and business environment for the last six years. We expect the combination of our expertise and resources to benefit both organizations.”

The British Chamber of Commerce in Kazakhstan, the first British Chamber in Central Asia, is an independent business network offering customized B2B services and networking opportunities for British business community in Kazakhstan. The objective of the chamber is to facilitate growth opportunities for UK businesses selling goods & services into Kazakhstan and increase the value of business generated by British companies. It was launched in 2015 with the support of high-profile British and Kazakh businesses such as Air Astana, KPMG, Rio Tinto, Shell, Tsesna Bank, and Wood Group.

The Business Year: Kazakhstan 2017, featuring over 150 interviews with political leaders and senior executives, will be widely distributed both locally and internationally at major economic forums, investment forums, and conferences all over the world as well as the Astana Economic Forum and EXPO 2017.