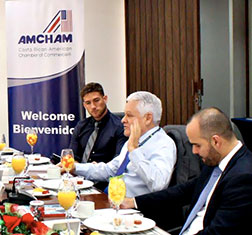 The American Chamber of Commerce and TBY organize roundtable 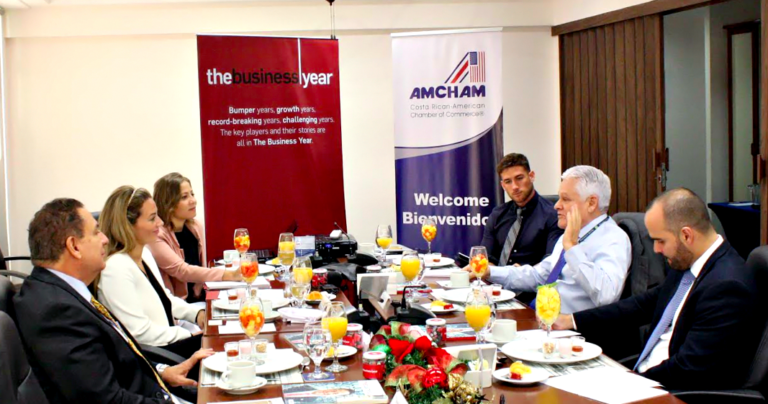 With steady economic growth and political stability, Costa Rica has positioned itself as one of the most valued and sustainable economies not only in the region, but in the world. The roundtable aimed to showcase the country’s emerging opportunities for investment as well as the impact of neighboring markets.

Opening the discussion, Humberto Pacheco addressed the factors that make Costa Rica competitive. “The reality is that abolition of the army in 1948 was the most important element that allowed Costa Rica to focus on education and social development,” he emphasized. Referring to the current business community, he remarked, “It has a strong vision and it’s pushing the country on the right path.”

Edward F. Sanchez spoke about why Citibank as well as many other multinationals have begun settling operations in Costa Rica. “We have the highest level of education in the region, one of the largest per capita middle classes, and are in the right time zone for operating businesses in the financial, manufacturing, agricultural industries.”

He also added that despite its many advantages, Costa Rica has areas that could be improved upon, principally the financial deficit, followed by infrastructure. In this regard. “The problem Costa Rica has in terms of infrastructure is the timing,” said Alberto Arguedas of AmCham. “Projects take too much time to be finished, which makes them less efficient.” Humberto Pacheco closed this discussion by adding: “Public expenditure is the main issue that Costa Rica is currently having. We cannot approve more taxes, but we have to reduce public expenditures, which is being done slower than it should.”

The impact of the US elections on the Costa Rican economy was another topic touched upon during the roundtable. Pacheco assured listeners that if Costa Rica and Central America “take an intelligent and proactive role, the new US government will not rock the boat.” In this regard, Sanchez concluded with a positive message by saying that Costa Rica does not rely on remittances to fund the government, so the “effect will be minimal.”

Referring to the sustainable model, Arguedas said that Costa Rica owes its leading position to the vision that the Costa Rican Electricity Institute (ICE) had many years ago for boosting renewable energies. He also said that “high electricity costs are still an issue that we are all trying to solve to make Costa Rica a more competitive market.” In this regard Pacheco pointed out that “if Costa Rica would use its oil and gas in a regulated way, we could reduce our electricity bills and invest in more green energies such as geothermic and solar.”

The full text of the roundtable discussion will be published in The Business Year: Costa Rica 2017.