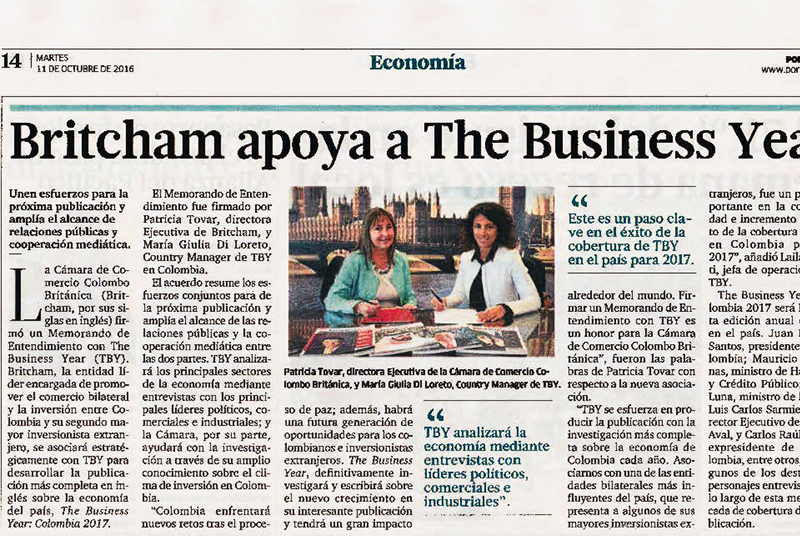 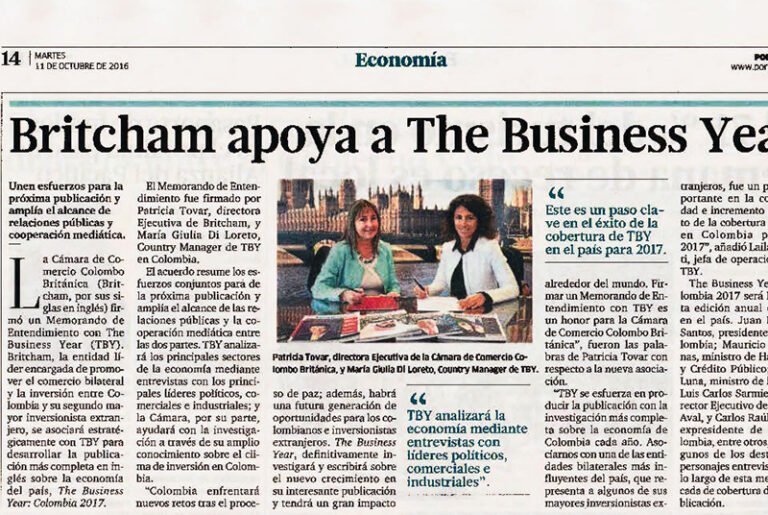 Colombia’s Portafolio has covered the recent signing of an MoU between the British Chamber of Commerce in Colombia and TBY to work on The Business Year: Colombia 2017.

The MoU was signed in September in Bogotá between Patricia Tovar, Executive Director of BRITCHAM, and Maria Giulia Di Loreto, TBY’s Country Manager for Colombia.

The Business Year: Colombia 2017 will be TBY’s fifth annual edition on the country. Among the notable interviewees during this half-decade of coverage include Juan Manuel Santos, President of the Republic of Colombia, Mauricio Cárdenas, Minister of Finance and Public Credit, David Luna, Minister of ICT, Luis Carlos Sarmiento, CEO of Grupo Aval, Carlos Raúl Yepes, former President of Bancolombia, and many others.