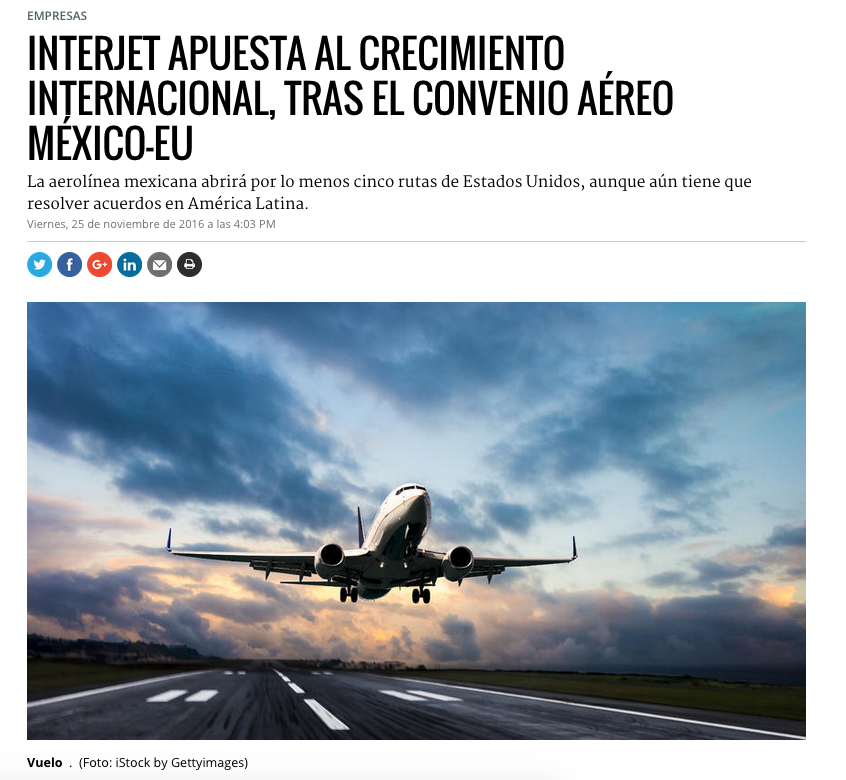 Leading Mexican business magazine Expansión recently published an article based on research done by TBY on the recent bilateral aviation agreement between Mexico and the US. This agreement was signed in December 2015 and came into effect in August 2016. It allows any airline to fly between cities in both countries. In the past, only two airlines were allowed to serve each destination.

Expansión cited TBY’s interview with José Luis Garza, CEO of Interjet, who recently sat down with the TBY team to be included in The Business Year: Mexico 2017, which will be published in the third quarter of 2017. Garza explained that this agreement would benefit Interjet, one of Mexico’s main airlines, allowing it to expand and to fly to new destinations in the United States from Mexican cities.

The agreement will benefit Mexico and the US by increasing the number of commercial flights. Also, there will be a greater influx of passengers and exports.

The Open Skies agreement will create an economic impact of at least USD650 million in Mexico’s tourism sector. Furthermore, it is estimated that 279 national routes and 186 international routes will open.

Garza mentioned that this agreement would help Interjet expand in the American market, flying to cities such as New York, Los Angeles, and Miami. Nevertheless, there are still limitations to growth in the Central and South American markets due to old restrictive bilateral agreements.