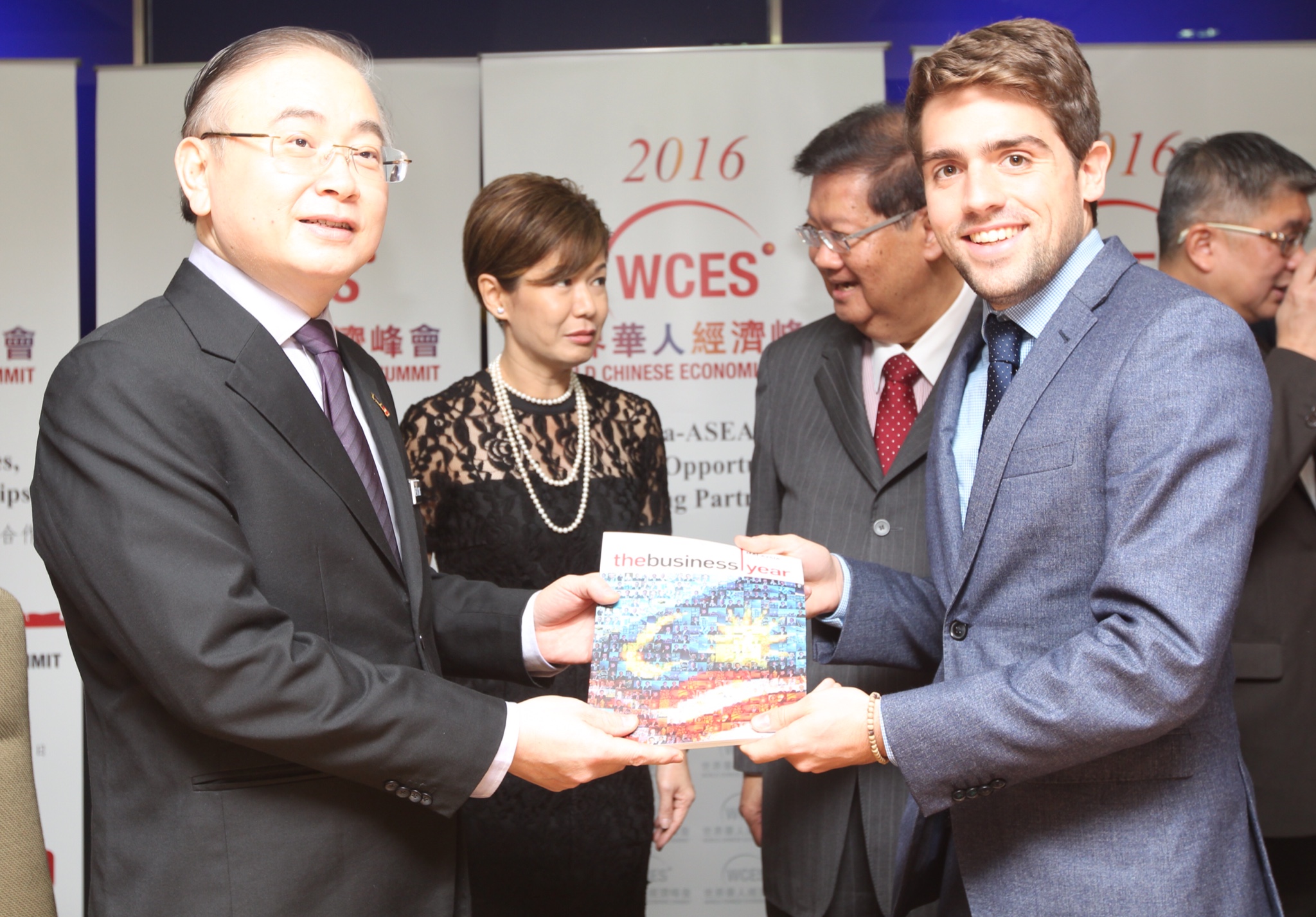 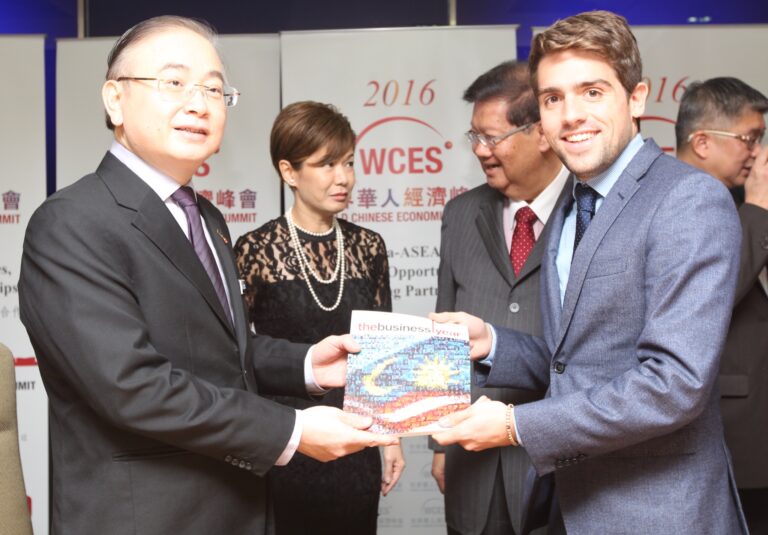 The signing ceremony took place after a keynote address by Datuk Seri Dr Wee Ka Siong, Minister in the Prime Minister’s Department, who spoke on the increased economic activity of Malaysian-Chinese businessmen, especially in the landscape-defining construction sector.

The partnership was signed by the Tan Sri Michael Yeoh, CEO of ASLI and serving Chairman of the WCES, and Peter Bannink, Country Editor Malaysia for TBY. After the signing ceremony, Minister Datuk Seri Dr Week Ka Siong received a copy of The Business Year: Malaysia 2016.

This year’s WCES focuses on strengthening relations between China and ASEAN and hopes to contribute to China’s “One Belt One Road” initiative by utilizing its network of businessmen and entrepreneur in Malaysia. A lineup of distinguished speakers has been announced, including former President of Indonesia H.E. Susilo Bambang Yudhoyono, former leader of Taiwan H.E. Ma Ying-Jeou, and former Prime Minister of Australia H.E. Kevin Rudd.