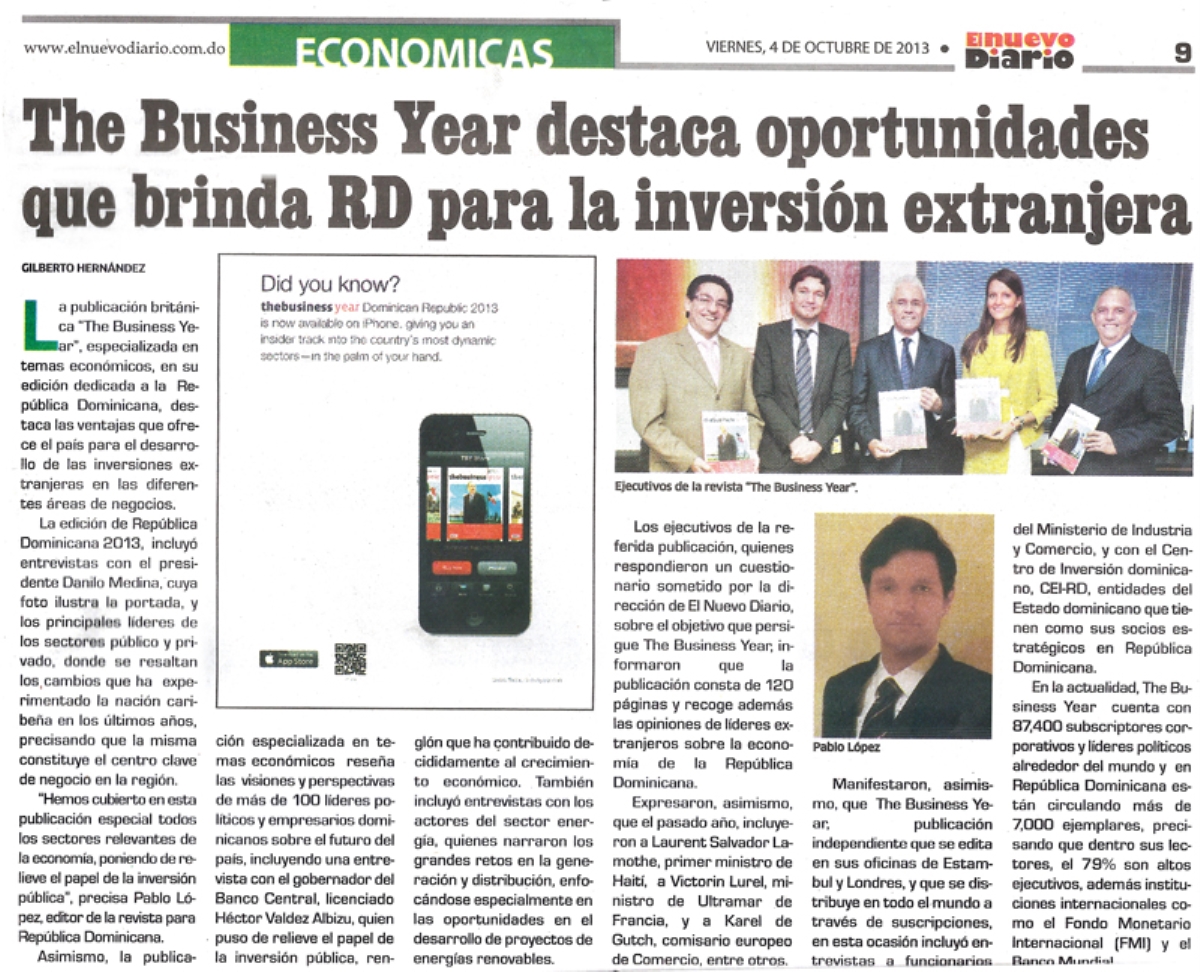 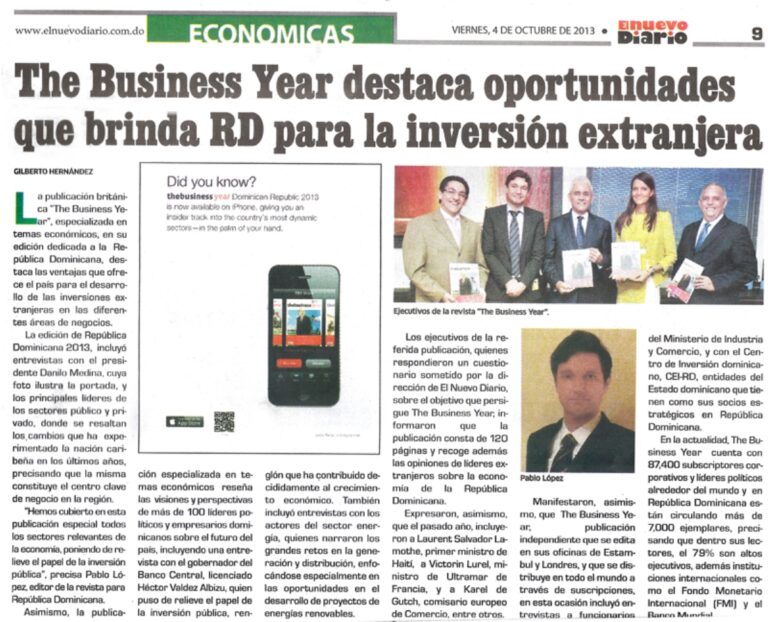 Dominican Republic, October 4, 2013—El Nuevo Diario, one of the Dominican Republic’s most popular newspapers, has published an interview with TBY’s in-country team on the business and FDI opportunities on offer in the country.

The interview in El Nuevo Diario spoke of the success of The Business Year: Dominican Republic 2013, and its exclusive content, including an article from President Media, as well as interviews with the top public institutions and private companies from all sectors of the economy.

The article also gave focus to preparations for The Business Year: Dominican Republic 2014, which is set to feature an interview with Valdez Albizu, Governor of the Central Bank, during which the Governor discussed the relevance of public investment for economic growth. The new edition will also feature interviews with key players from the energy sector, including with the Superintendent of Electricity.