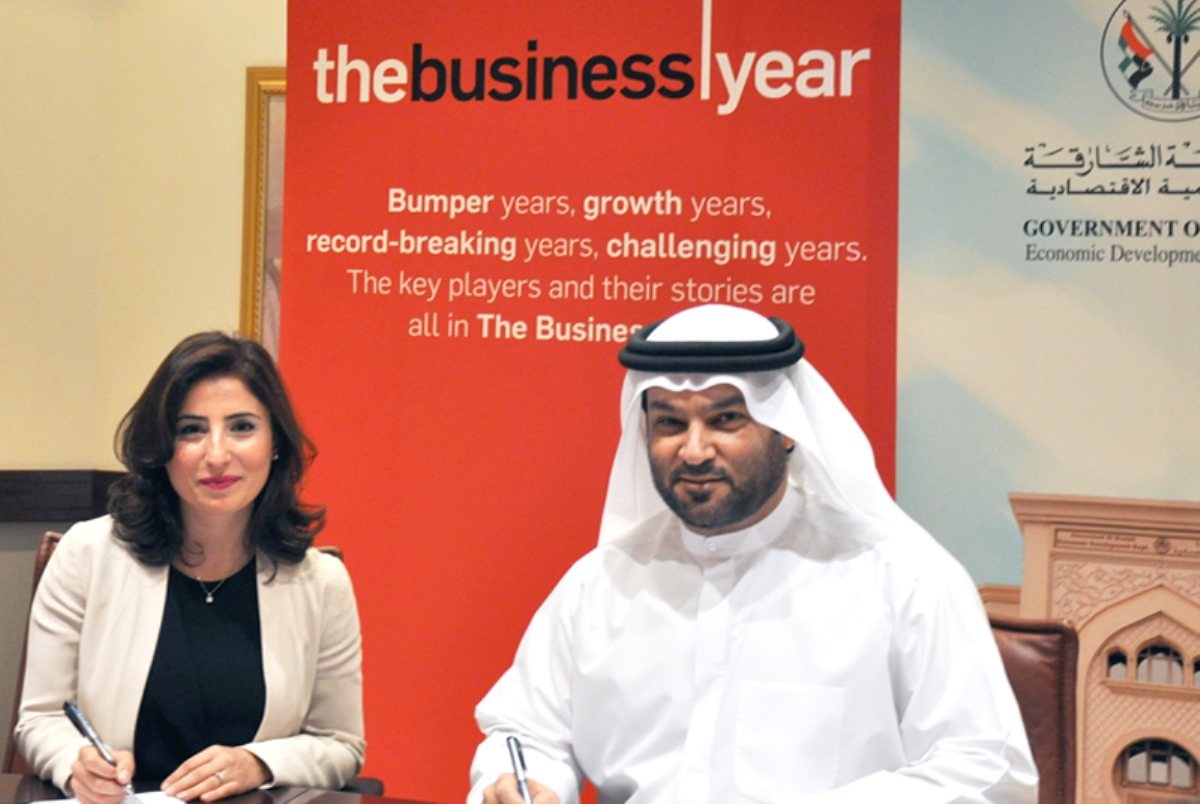 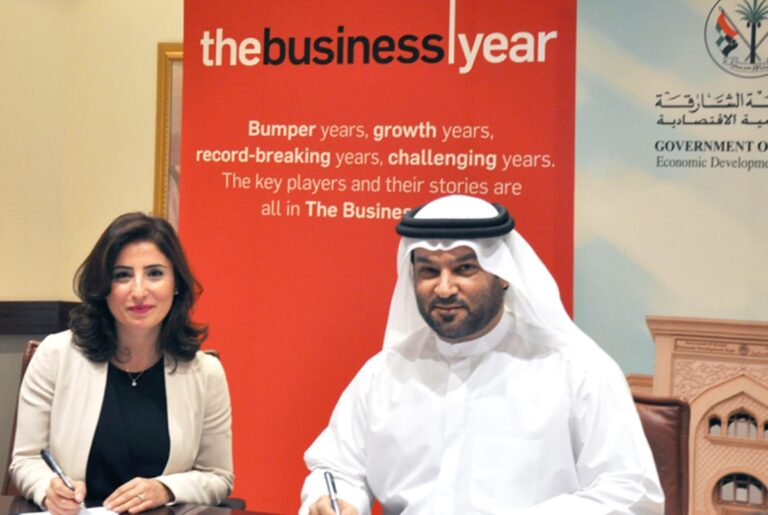 Sharjah, January 19, 2015—Leading international publishing and research firm The Business Year (TBY) signed a partnership agreement with the Sharjah Economic Development Department on January 19 to collaborate on The Business Year: Sharjah 2015. The Memorandum of Understanding (MoU), which was signed by HE Sultan Abdullah bin Hadda Al Suwaidi, Chairman of Sharjah Economic Development Department, and Mrs. Betül Çakaloğlu, TBY’s Regional Director GCC, is geared towards supporting the growth of Sharjah’s diversified economy and identifying opportunities for foreign direct investment in the Emirate.

The Business Year: Sharjah 2015 will be an annual edition that will feature interviews with key decision makers from both Sharjah’s public and private sectors. Featuring chapters on diplomacy, economy, finance, energy, real estate and construction, transport, health and education, agriculture, and tourism, the issue will be the most comprehensive English-language publication on the economy of Sharjah to date. With a circulation of 97,700 printed copies, the publication will be distributed extensively both globally and domestically.

HE Sultan Abdullah bin Hadda Al Suwaidi praised the partnership between Sharjah Economic Development Department and TBY as a means of promoting the Emirate abroad, saying that TBY enjoys “the firm support of the Executive Council, which gave its approval for signing the memorandum and providing TBY with the needed information about economic development in Sharjah.”

His Excellency added, “Sharjah has one of the best balanced development models. Its fame as Capital of Arab and Islamic Culture as well as Capital of Tourism regionally has given Sharjah great status, which the Sharjah Economic Development Department promotes both locally and globally.”

While the country is located in a region primarily known for its hydrocarbons, Mrs. Çakaloğlu recognized “the successful ongoing economic diversification of Sharjah, which will be a focal point of the publication. In showcasing the numerous opportunities for foreign investment in the Emirate, The Business Year: Sharjah 2015 will serve to further the economic diversification, and move the entire economy forward as it is positioned to expand on its double-digit growth of last year.”