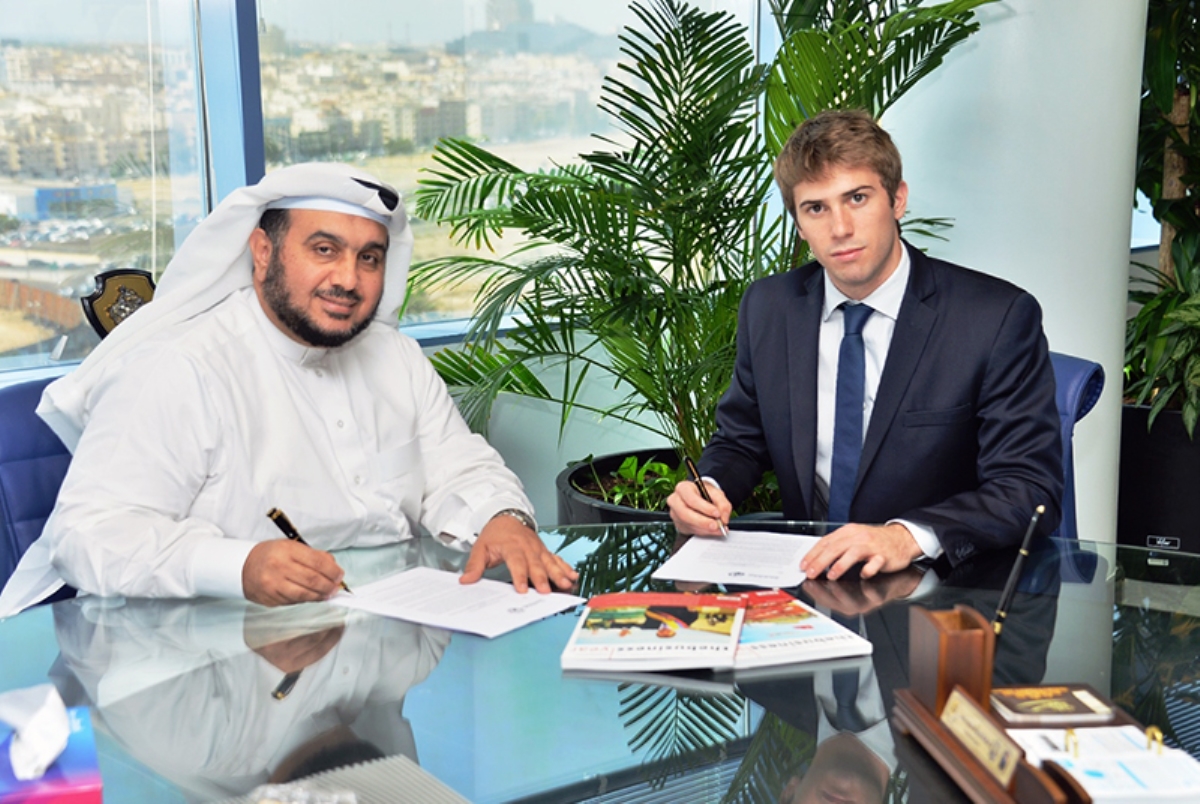 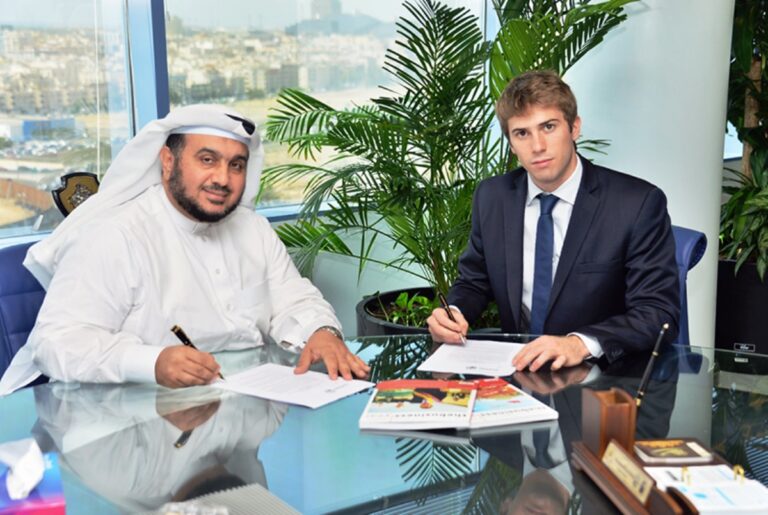 Saudi Arabia, February 17, 2014—Leading international business and consultancy firm The Business Year (TBY) signed a far-reaching partnership with The Jeddah Chamber of Commerce and Industry (JCCI) on February 18 to facilitate the publication of The Business Year: Saudi Arabia 2014. The Memorandum of Understanding (MoU) was agreed upon by Paul Loomis, Country Editor at The Business Year, Mazen Batterjee, Vice-Chairman of the Jeddah Chamber of Commerce and Industry, and Henna Al-Maimani, Manager of the Jeddah Economic Forum.

The agreement strengthens TBY’s first macroeconomic research project on Saudi Arabia, complementing an agreement with the Riyadh Chamber of Commerce. The annual edition will feature interviews with business and political leaders and will be distributed extensively around the world. Featuring chapters on diplomacy & politics, economy, finance, energy, real estate & construction, transport, health & education, agriculture, and tourism, the issue aims to be the most comprehensive English-language publication on the Saudi Arabian business environment to date.

The Jeddah Chamber of Commerce’s Vice-Chairman welcomed the partnership and reaffirmed his organization’s commitment to informing the international investment community about business opportunities in Saudi Arabia and the Red Sea port city of Jeddah.

The Jeddah Chamber of Commerce is among the oldest chambers of commerce in Saudi Arabia, and works to protect and develop the interests of its members. Its mission is economic development of the Western province, and in order to meet this mandate it regularly hosts business delegations from around the world. It will also organize the Jeddah Economic Forum in March. The forum will be among the largest gatherings of business leaders in the country, and TBY will feature as a media partner for the event.

Mr. Loomis noted that the Saudi Arabian economy is rife with potential for investors and businesses with a comprehensive understanding of the market space and strong strategies. “The demand for intelligence from the Saudi market is substantial and growing,” he said. “Our work in the country will spread awareness to the international business community and help ambitious firms and individuals to enter the market successfully.” He added, “Saudi Arabia represents the largest economy in the gulf, and stable oil prices in conjunction with strong government spending, advancing regulatory structures, and a diversifying economy will spur increased international attention and business interaction.”

Mr. Mazen Batterjee also expounded on the importance the relationship between the JCCI and TBY: “The JCCI’s role in the country is to promote business and trade, and Saudi Arabia is full of opportunities for those who come here in the correct way. Partnering with TBY will give in-depth business intelligence on the Saudi market starting in 2014, and will advance our mission by spreading the word about the Saudi economy. It is also important that TBY will cover the people active across the country in depth. We are excited to begin this four-year partnership, which will ensure that decision makers across the world remain informed about the most important figures in Saudi Arabia and their economic leadership.”

The Business Year’s interview-based format ensures that the views of leaders in each sector of the economy are represented. When The Business Year: Saudi Arabia 2014 is published, TBY will have interviewed over 200 Saudi business leaders and top government officials. These interviews will be featured alongside expert analysis of each sector as well as submissions from guest speakers including international figures commenting on Saudi Arabia’s economic future.

THE JEDDAH CHAMBER OF COMMERCE AND INDUSTRY

The Jeddah Chamber of Commerce & Industry is one of the oldest business and services organizations in the Kingdom. It was established by a royal decree dated 15th of Safar 1365 AH corresponding to the January 18, 1946. For the last 68 years, and in 20 sessions of the Jeddah Chamber Council, the Chamber has been serving the national economy and business community, contributing to its development and progress.