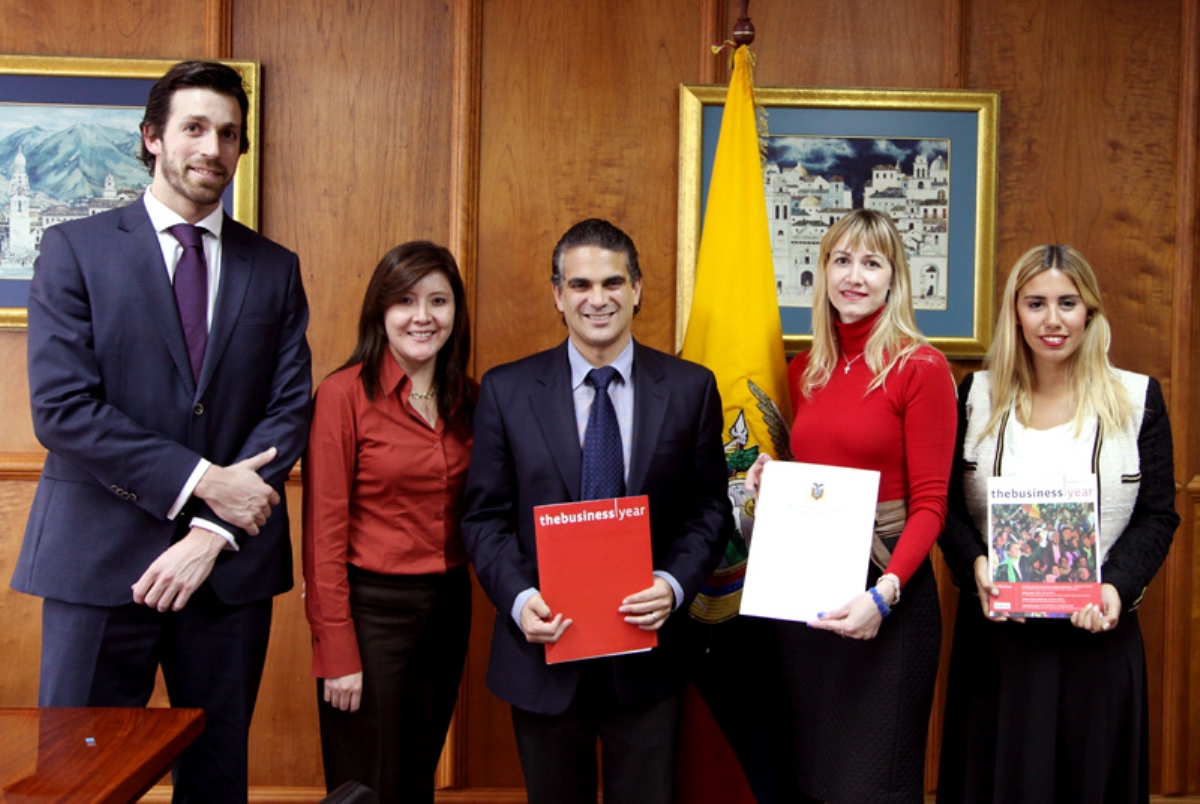 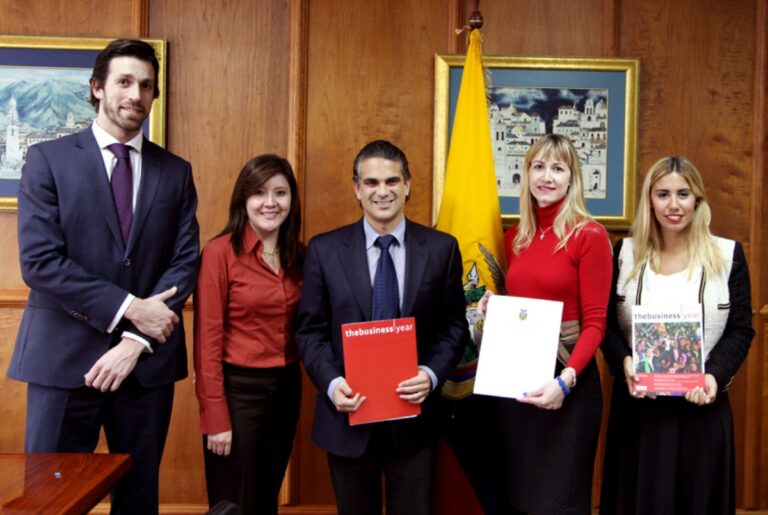 The event marked the official launch of TBY’s second macroeconomic research project on Ecuador. The report will be released in the second half of 2013 and will be distributed extensively, both locally and internationally.

The Vice-Minister of Foreign Trade and Economic Integration Francisco Rivadeneira welcomed the partnership and stated that he was impressed by TBY’s extensive work in Ecuador and was proud to have been part of it. “TBY will do much to promote the country’s image internationally and to position Ecuador in the international business scene. It is a powerful tool to attract foreign investment, promote tourism to the country, and help business relations between Ecuadorean businessmen and entrepreneurs from around the world,” the Vice-Minister said, adding that “this is a very interesting edition because it incorporates the vision many opinion leaders have on the situation in the country, of Ecuador and its potential, fundamental factors in the country’s current government, fundamental factors in each sector, and also, very importantly, factors in academia.” Concluding, he said: “[it is] definitely a great support to the hard work we do to raise awareness of the opportunities and investment potential of our country.”

Peggy Rosiak was delighted to be part again of TBY’s second project in Ecuador, particularly at a time when demand for information on the country is at an all-time high. “It is an incredibly exciting time to be working in Ecuador once again and to be providing essential information for international investors. The business world is watching Ecuador mainly because of its non-renewable resources, but we are looking forward to highlighting the diverse nature of business opportunities here from transport to ICT and everything in between,” she said.

Ecuador has banked on high petrol prices since it renegotiated its oil contracts in 2010, the result of which has helped support increased public spending and subsequent non-oil sector growth of up to 9%. As the country now looks to return to the days of trade surpluses, a growing transport infrastructure network and an expanding refining industry look to keep the economy moving. TBY aims to showcase the opportunities this deepening economy presents through the ideas and opinions of the country’s top business and political leaders.

The Business Year: Ecuador2013 will be the most comprehensive English-language review of the economy published internationally to date. TBY’s business intelligence reviews have been acclaimed by top executives, policy makers, and international media all around the world, including representatives from the World Bank, the World Trade Organization, the World Economic Forum, the International Finance Corporation, and the Asian Development Bank.

Over the course of the next several months, TBY will interview over 200 Ecuadorean business leaders and top government officials. These interviews will be featured alongside expert analysis of each sector as well as submissions from guest speakers including international figures commenting on Ecuador’s economic growth.

The Ministry of Foreign Affairs, Trade and Integration is the rector of international politics and is responsible for the management and coordination of it, Latin American integration, and responding to the foreign trade interests of the Ecuadorean people, who will be accountable for their decisions and actions in compliance with constitutional principles and the norms of international law, within the framework of national development plans. The Ministry is a public law institution with its official corporate headquarters in the city of Quito, maintains two Under-Secretaries: one in the city of Guayaquil and one in the city of Cuenca, two regional offices, one in the city of Manta and other in the city of Lago Agrio, 44 embassies, 77 consulates rented, 55 honorary consulates, 25 business offices, and five permanent missions abroad.