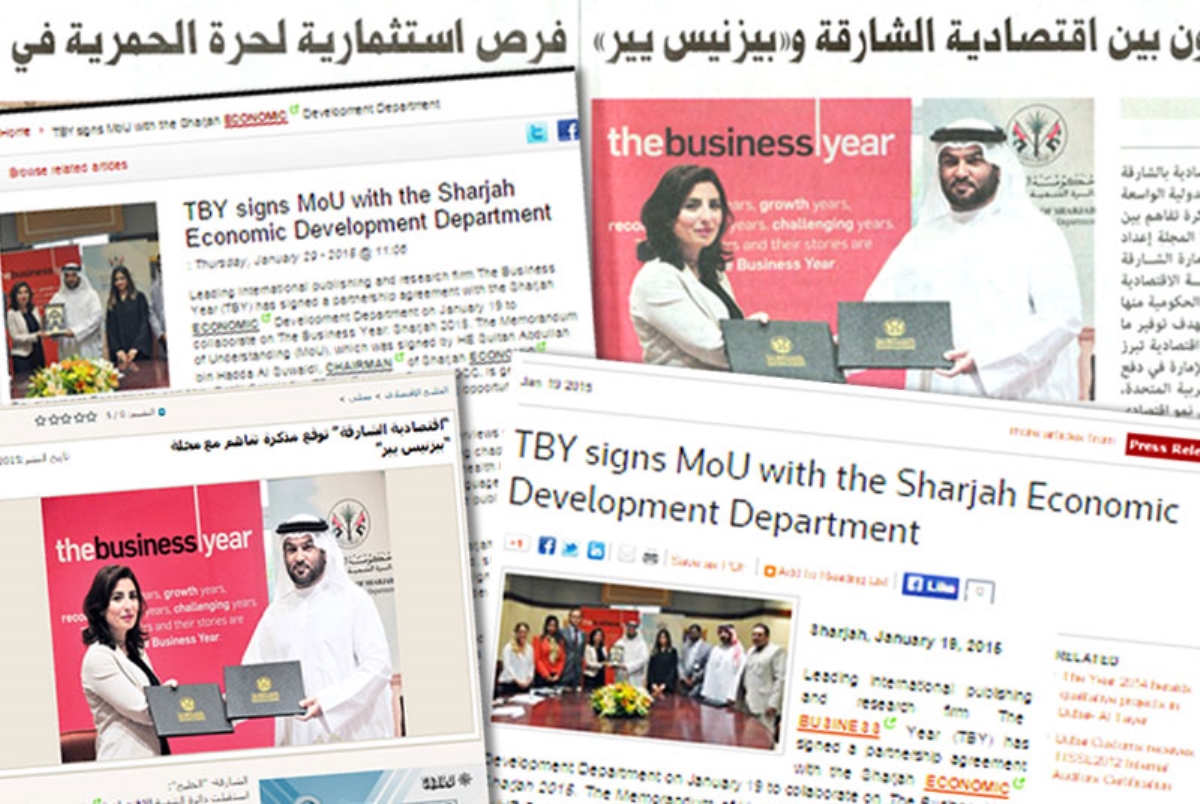 TBY Sharjah MoU in the news 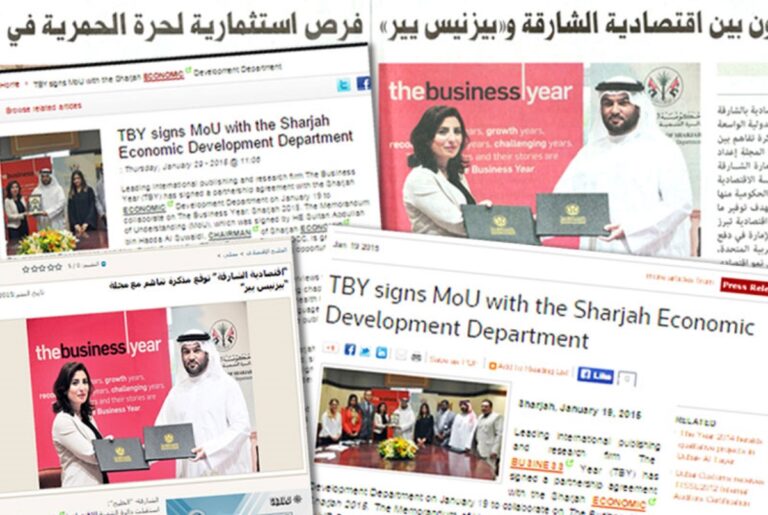 Sharjah, January 29, 2015—Following the announcement of an MoU between The Business Year and Sharjah Economic Development Department on January 19, 2015, the upcoming publication, The Business Year: Sharjah 2015, has received considerable coverage in local media.

The Business Year: Sharjah 2015 will be an annual edition that will feature interviews with key decision makers from both Sharjah’s public and private sectors. Featuring chapters on diplomacy, economy, finance, energy, real estate and construction, transport, health and education, agriculture, and tourism, the issue will be the most comprehensive English-language publication on the economy of Sharjah to date. With a circulation of 97,700 printed copies, the publication will be distributed extensively both globally and domestically.