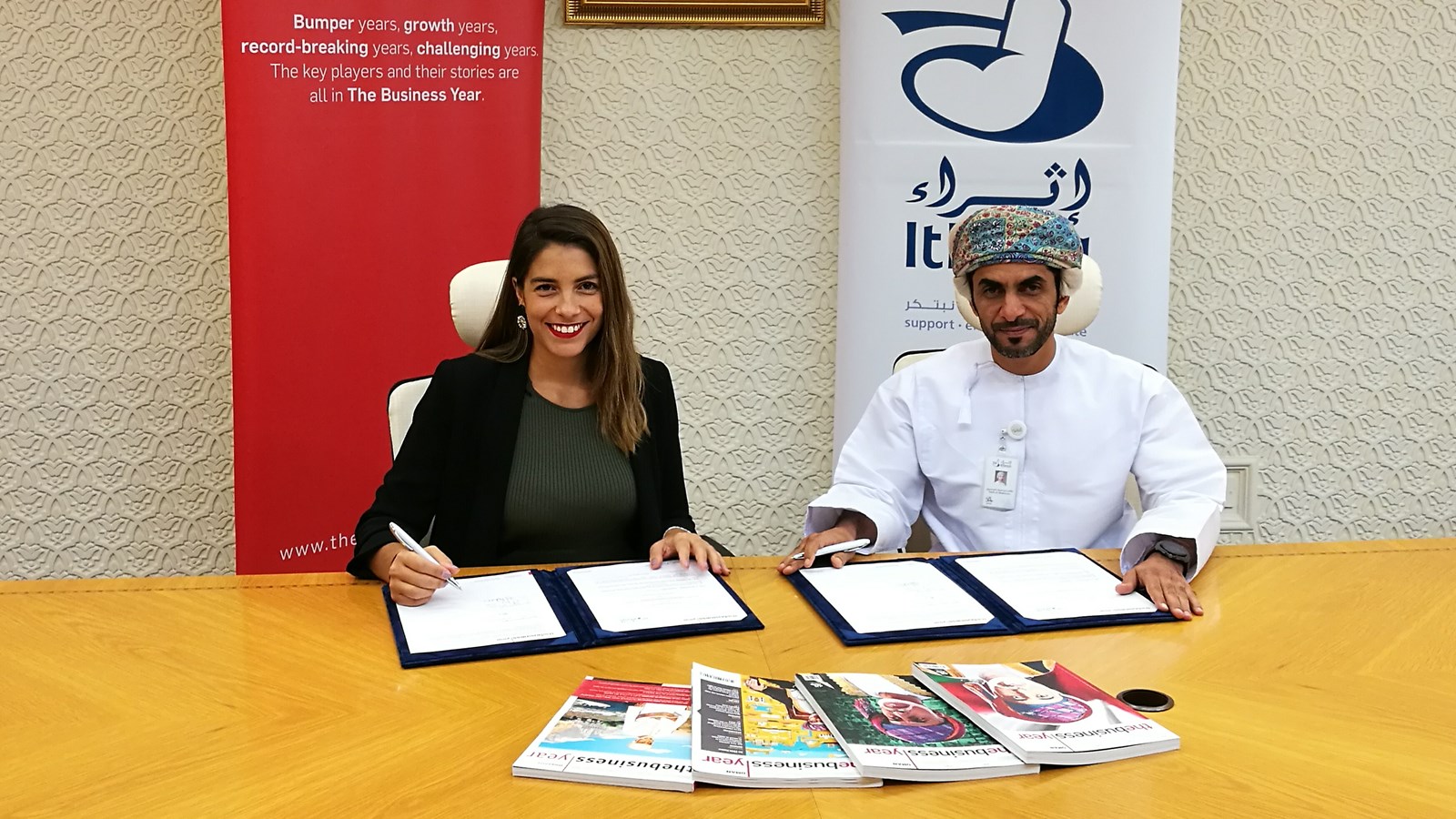 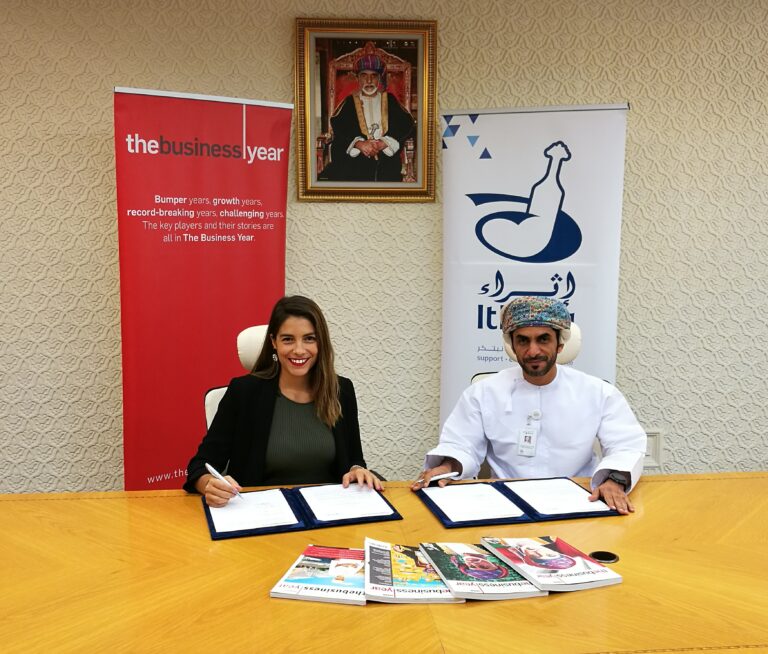 TBY and the Public Authority for Investment Promotion and Export Development (ITHRAA) of Oman renewed their partnership to produce TBY’s fifth edition on the Sultanate, The Business Year: Oman 2018.

Sofía Marrero, Regional Director of TBY, and Taleb Al Makhmari, Director General of Marketing and Media of ITHRAA, signed the partnership, which seeks to continue promoting Oman and attracting further foreign direct investment into the country.

In order to cover His Majesty’s plan to diversify the economy, and the subsequent implementation of Phase I of the National Program for Enhancing Economic Diversification (Tanfeedh), TBY has focused on meeting the country’s main public officials as well as some of the most prominent executives of the private sector.

According to a statement given by His Excellency Hamood Sangour Al Zandlaji, Executive President of the Central Bank of Oman, “Authorities have been taking policy measures to move ahead on the path of fiscal sustainability in the medium-term. Reining in public expenditure, augmenting non-oil revenue, and pursuing economic diversification are the key facets of the State General Budget, 2017.”

In regards to FDI, His Excellency Abdullah Salim Al Salmi, Executive President of the Capital Market Authority explained how “Oman has the highest amount of foreign capital market participation in the GCC, with around 30% of the total capital owned by foreign investors. Because of this, Oman can be considered the most open market in the region when it comes to ease of access.”

TBY also met with Tarik Al Junaidi, CEO of Oman Shipping Company, who noted, “Oman Shipping Company will be focusing mostly on the local market, specifically in Duqm and the transportation needs of its upcoming projects; in general, Oman Shipping Company wants to focus on the export and import of Omani products.” In addition, Chee Khian Lee, CEO of the Special Economic Zone Authority of Duqm (SEZAD), mentioned, “The key investment that we want to bring in is the petrochemical segment as the Oman-Kuwait refinery is coming up. The refinery will be a main player supporting the industry and if there is more than one refinery the economy will thrive. There is the manufacturing side with heavy industry and dry docks that will share the same supporting factor on the industry.”

When asked about SMEs and their input on the local economy, Khalid bin Al Safi Al Haribi, Acting CEO of the Public Authority for Small and Medium Enterprises Development (Riyada), mentioned, “2017-2018 are the years of shifting gears; Riyada’s main focus is to ensure that SMEs are being developed properly, and that they are so successful that it inspires the whole country to follow these steps.”

TBY is the leading research firm and publisher of annual economic resources on national economies, present in over 25 countries. Each country-specific edition contains a comprehensive range of interviews and analyses, offering an inside look at doing business in the world’s most dynamic economies. TBY’s interviewees, readers, and partners comprise an international network of thought-leaders who are helping to define the future of the global economy. TBY is currently working to produce The Business Year: Oman 2018, the fifth publication on the country’s economy and investment opportunities.