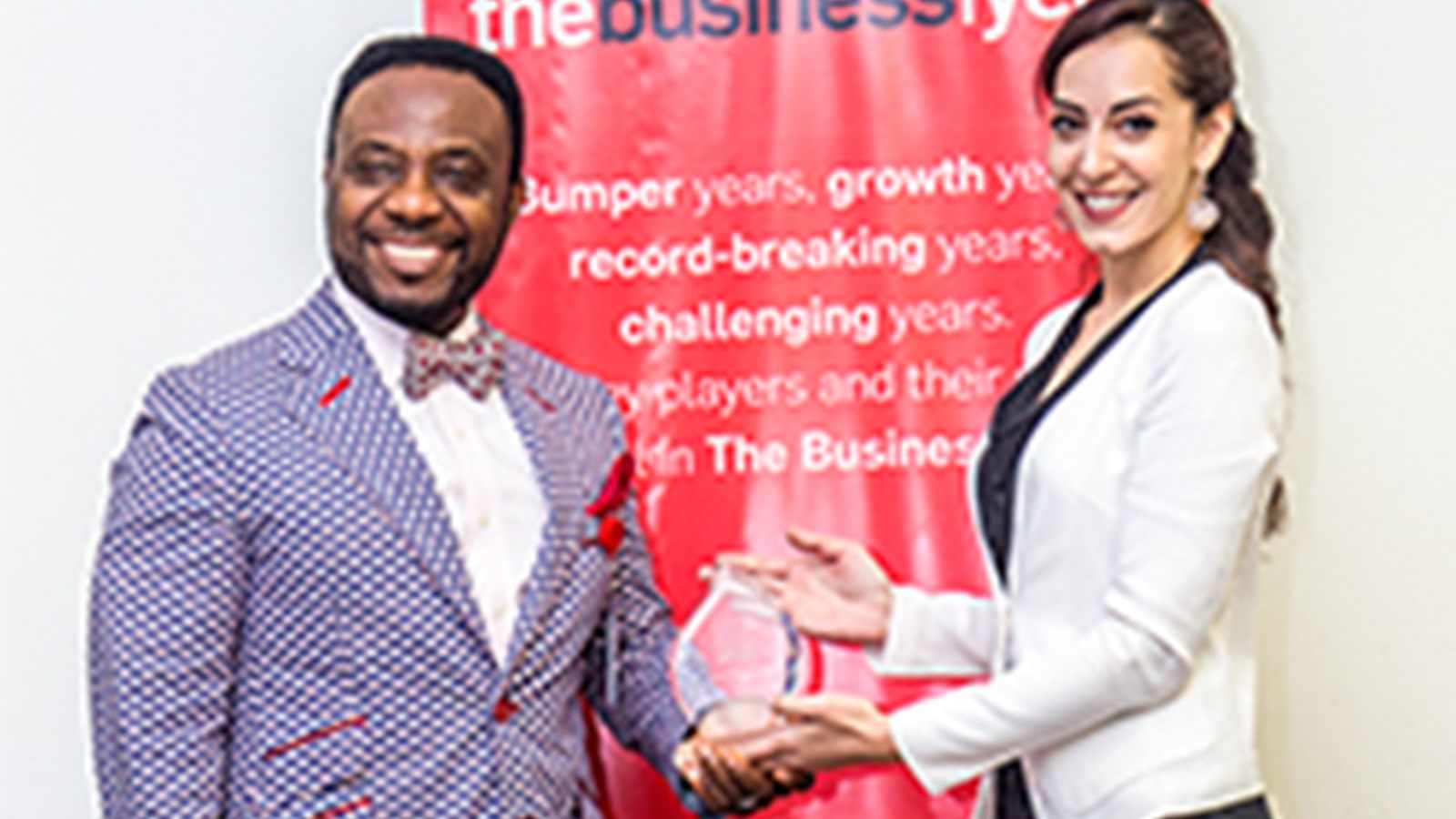 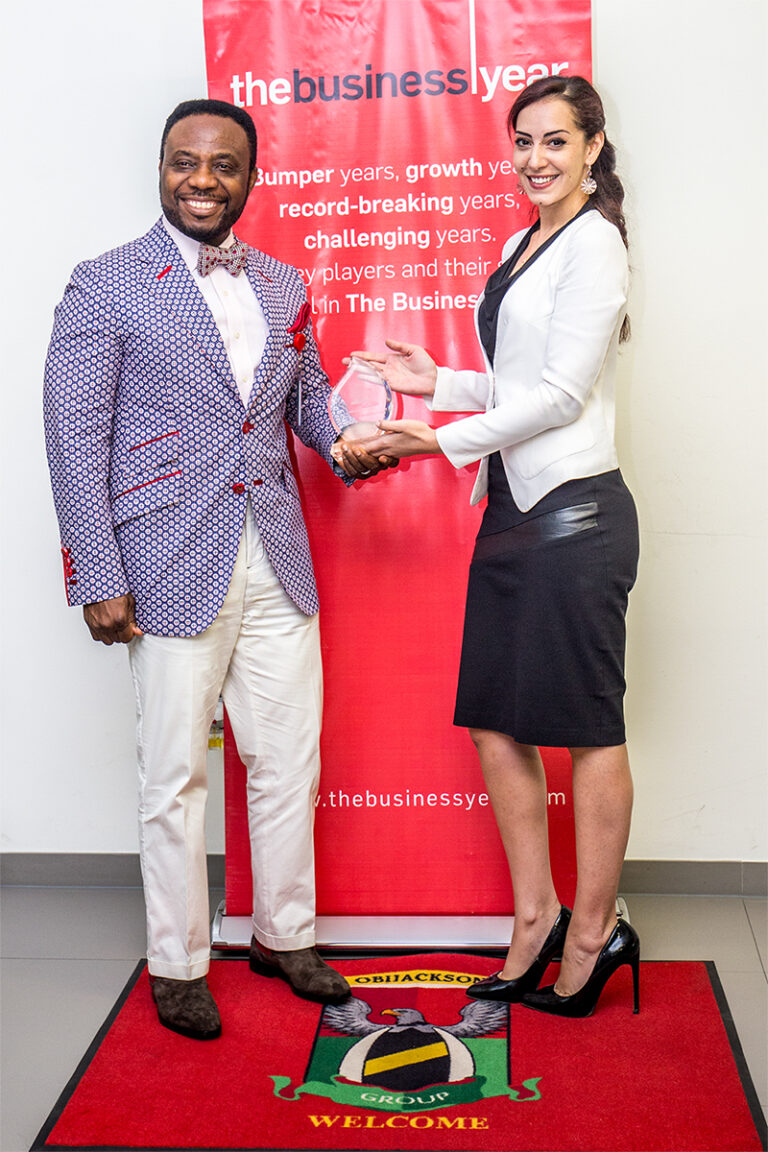 TBY presents Obikackson Group MD Dr. Ernest Azudialu-Obiejesi with the “African Group of the Year” award in recognition of the group’s excellent performance despite the challenging economic environment, and its milestone inclusion in the London Stock Exchange’s “Companies to Inspire Africa” report.

TBY has handed the award of “African Group of the Year” to Obijackson Group, represented by its Managing Director and founder, prominent Nigerian businessman Dr. Ernest Azudialu-Obiejesi. The award was given in recognition of the group’s role in developing Nigeria’s economy and in promoting the country’s image globally. Despite a period of slow economic activity over the last few years, Obijackson Group has continued taking giant strides through significant investments in the country; among other investments, over the next three years the firm is seeking to invest USD200million in a power plant as well as a pipeline to convey gas to the power plant.

The selection of Obijackson Group as African Group of the Year by TBY management and readers was mainly driven by the firm’s outstanding achievement when, in May 2017, three of its subsidiaries (namely Nestoil Limited, Energy Works Technology, and B&Q Dredging) were included in the London Stock Exchange’s “Companies to Inspire Africa” report, which showcases Africa’s success stories to the investor and policymaker community in the global space. According to the World Bank’s Treasurer, Arumah Oteh, the companies listed in the report are not only vital for their country’s employment opportunities and sustainable economic growth, but they also represent the continent’s best practices and good corporate governance despite the challenges they have to contend with, such as poor infrastructure and inadequate access to financing. Inclusion on the list, therefore, makes Obijackson Group a symbol of Nigerian excellence and a source of pride.

The award ceremony was held in Obijackson’s offices in the iconic Nestoil Tower in Victoria Island, Lagos. Cristiana di Filippo, Country Manager in Nigeria, commended Dr. Azudialu-Obiejesi and handed him the award.

The Obijackson Group is one of Sub-Saharan Africa’s fastest-growing conglomerates with operations in Nigeria, the US, and the UK across various sectors through its many divisions, namely oil and gas exploration and production, pressure vessel fabrication, power generation, dredging and marine logistics, aviation, civil and infrastructural construction, and real estate. It employs over 1,500 people.

Dr. Azudialu-Obiejesi first founded Obijackson West Africa Limited in the early 1980s, before diversifying into the oil and gas industry with Nestoil in 1991. Thanks to his visionary leadership and ability to build a successful conglomerate from the ground up, he has received numerous awards, including “Entrepreneur of the Year,” “Oil and Gas Man of the Year,” and “West African Entrepreneur of the Year.” Dr Azudialu-Obiejesi obtained his BSc in accountancy from the University of Benin, and was later honored by the University of Nigeria Nsukka with a doctorate in business administration.

TBY is currently conducting interviews for its fourth annual edition on the country, The Business Year: Nigeria 2018. Produced in partnership with the President’s Office and the Lagos Chamber of Commerce and Industry, the issue will include face-to-face interviews with over 130 of Nigeria’s leading business and political figures.