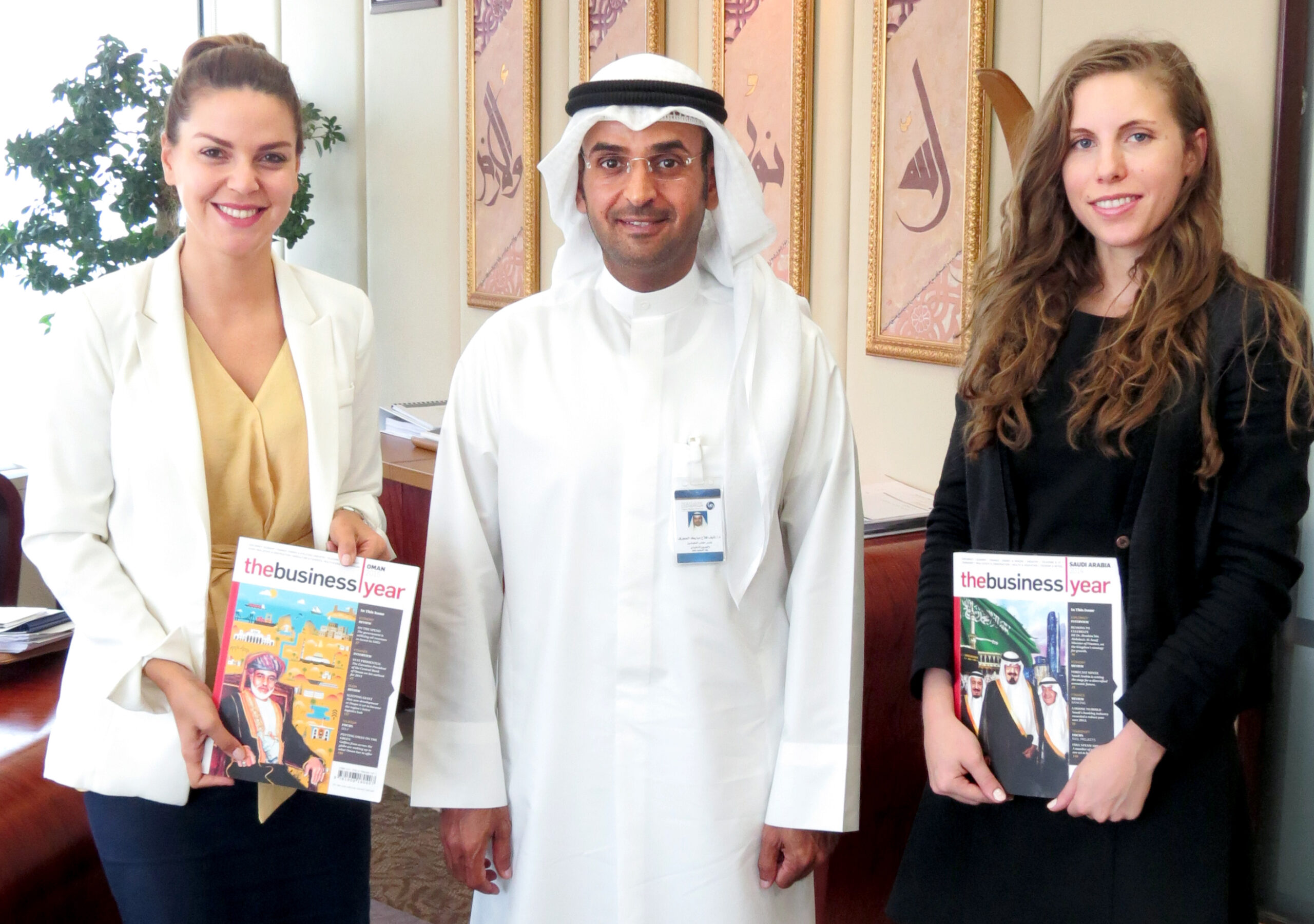 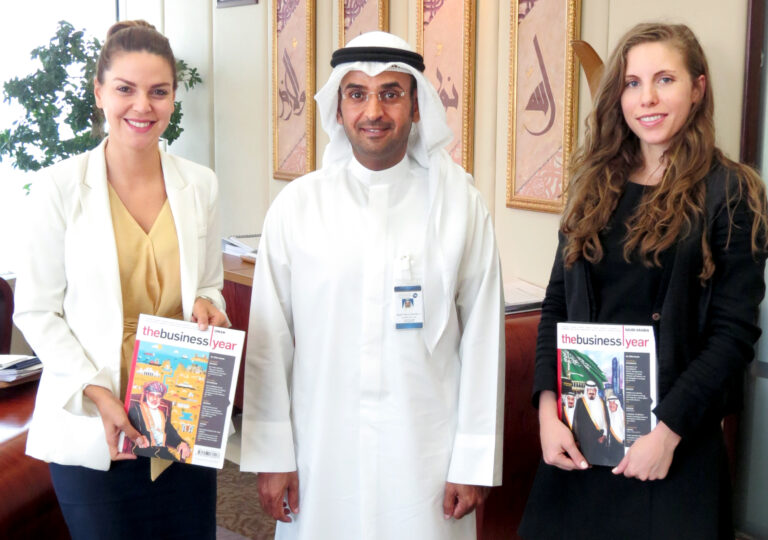 In preparation for the publication, TBY recently sat down with HE Nayaf Falah Mubarak Al Hajraf, Chairman of the Capital Markets Authority (CMA), to discuss the authority’s main goals as it works to raise the level of operation at the Kuwaiti Stock Exchange, one of the oldest in the Gulf, to international standards.

During the interview, the Chairman explained the achievements of the authority thus far, amending 65 of 164 articles in the national assembly law, moving closer to achieving their target of officially joining the International Organization of Securities Commissions (IOSCO).

To ensure the Kuwaiti market is upgraded from frontier to emerging market status, the Chairman emphasized the importance of working with each of the three main entities of the market: the Kuwait Clearing Company, the newly established Kuwait Bourse Company, and the brokerage firms, stating that “The CMA is leading the effort to restructure the capital markets but everyone’s participation is needed.”

Promoting the Kuwaiti capital market to international investors has been a key driving force behind the CMA’s new policies. A significant step forward in this has been the market’s successful privatization, which has now set the stage for foreign international operators to own a stake of the Kuwaiti stock exchange of up to 44%. The Chairman expressed that, “by offering up to 44%, we hope international operators will have the incentive to run companies here long term.” And that, “the new amendment has exempted foreign investors from any taxes; dividends will have no tax nor will there be a capital gains tax.”
The Chairman also expressed his desire to “begin dialogues with international organizations to form strategic partnerships in terms of training and capacity building for the CMA.”

Given the strong competition from neighboring regional stock exchanges, addressing operational issues such as the loss in Kuwaiti market liquidity of upward of 80% over the past decade and the relative lack of investor confidence in the Kuwait stock exchange (KSE) will allow for Kuwait’s transition to emerging market status to occur steadily and over time, and competitiveness is expected to grow in tandem.

Speaking on the role of the Boursa Kuwait Securities Company will play in the Kuwait stock market’s transformation, Khaled Abdulrazzaq Al Khaled, Chairman of the Board & CEO, explained to TBY that, “Our current goal is to assume administrative control of the KSE and to begin a 46-step strategic transformation plan that we have devised with input from all stakeholders to improve the exchange’s current performance, turning it into a leading, regional market. It is important to note here that law 7/2010 also outlined the ownership structure of the exchange, dictating the sale of 50% of the exchange to Kuwaiti citizens in an IPO, a percentage not less than 6% and not more than 24% to be allocated to government bodies and a percentage not more than 44% and not less than 26% to be auctioned to an international operator.”

Echoing the sentiments of both the CMA and the Kuwait Boursa Securities Co., Othman I. Al-Issa, CEO of the Kuwait Clearing Company (KCC), told TBY: “We want to adopt international best practices, and we have invested heavily in our IT infrastructure. The board just approved a five-year strategy whereby we are utilizing a consultancy firm to conduct a gap analysis to see how we fall in terms of position. We hope to bring KCC up to par with international standards, which will promote Kuwait’s upgrade to emerging market status.”

In light of the fact that the public sector in Kuwait is known to be the most dominant, employing almost 80% of the total Kuwaiti workforce and accounting for 70% of GDP, these shifts in regulation and ownership structure of Kuwait’s capital market indicate that the country is on a path of economic diversification, and seeks to position itself as a financial hub in the years ahead.
The complete interviews with HE Nayaf Falah Mubarak Al Hajraf, the CEO of the Kuwait Clearing Company, and the Chairman and CEO of the Kuwait Bourse Company, will be featured in The Business Year: Kuwait 2016.

With first-hand, exclusive interviews, The Business Year: Kuwait 2016 will be a comprehensive case study of the Kuwaiti economy and an invaluable tool for investors seeking opportunities in the region. TBY’s interviewees, readers, and partners comprise an international network of thought-leaders helping to define the future of the global economy. In addition to widely circulated digital versions available on iPad, iPhone, and Android applications, physical copies of the edition will reach over 97,700 subscribers worldwide.