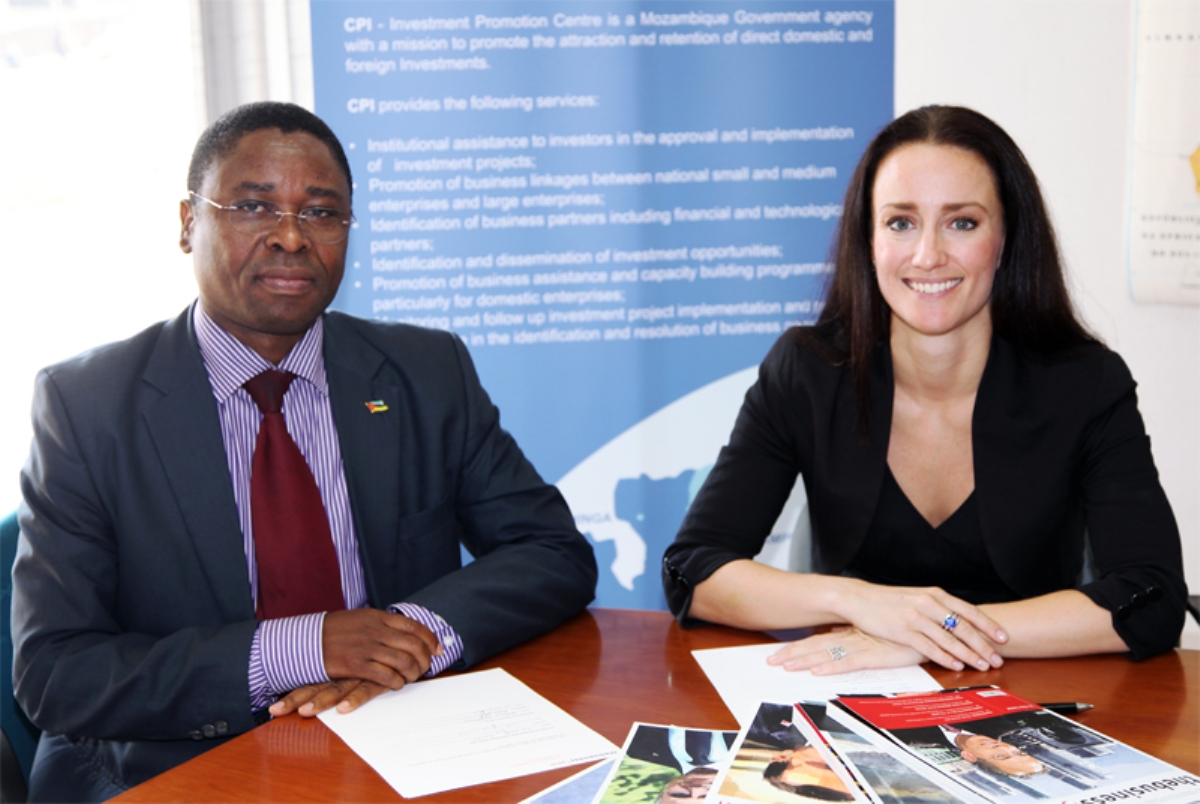 TBY partners with CPI in Mozambique 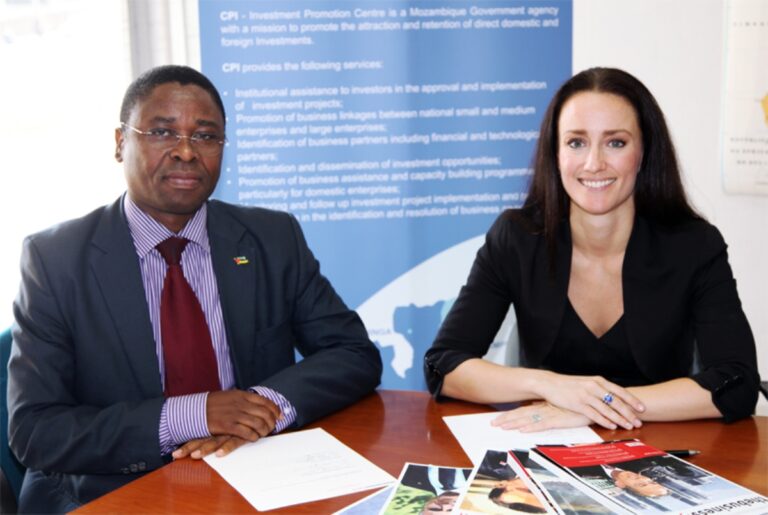 Mozambique, July 18, 2012—Leading international business and consultancy company The Business Year (TBY) and The Investment Promotion Centre of Mozambique (CPI) have signed a partnership agreement to publish The Business Year: Mozambique 2013. The Memorandum of Understanding (MoU) was signed in Maputo by Dr Lourenço Sambo, Director General of CPI, and Ms. Kelcey Hoffman, Country Manager of TBY in Mozambique.

The event marked the official launch of TBY’s first macroeconomic research project on Mozambique. The report will be released at the end of 2012 and will be distributed extensively, both locally and internationally.

CPI Director General Lourenço Sambo welcomed the partnership and reaffirmed the organization’s commitment to informing the international investment community about business opportunities in Mozambique. He said: “The role of CPI is very important in the country’s economic growth, which has been, on average 7%, as we are the ones opening up business in different sectors.”

Ms. Hoffman was delighted to be part of TBY’s first project in Mozambique, particularly at a time when demand for information on the country is at an all-time high. She said: “It is an incredibly exciting time to be working in Mozambique and to be providing essential information for international investors. The business world is watching Mozambique because of its natural gas discoveries and huge coal reserves, but we are looking forward to highlighting the diverse nature of business opportunities here from tourism to ICT and everything in between.”

From 1993 to 2009 Mozambique was the fastest growing non-oil economy in Sub-Saharan Africa, with growth averaging 7.5% per year. Buoyed by the best performing currency in the world, the country is now poised to become one of the world’s largest coal exporters and a global energy hotspot. TBY aims to showcase the opportunities this deepening economy presents through the ideas and opinions of the country’s top business and political leaders.

The Business Year: Mozambique 2013 will be the most comprehensive English-language review of the economy published internationally to date. TBY’s business intelligence reviews have been acclaimed by top executives, policy makers, and international media all around the world, including representatives from the World Bank, the World Trade Organization, the World Economic Forum, the International Finance Corporation, and the Asian Development Bank.

Over the course of the next several months, TBY will interview over 200 Mozambican business leaders and top government officials. These interviews will be featured along side expert analysis of each sector as well as submissions from guest speakers including international figures commenting on Mozambique’s economic growth.

The Centro de Promoção de Investimentos (CPI) was established in 1993 and is responsible for all investment procedures and the promotion of Mozambique as an investment destination. It works under the Ministry of Planning and Development, which is the responsible Ministry for investment in Mozambique. With the Resolution No. 26/2009, CPI received a new status, which was confirmed via Decree No. 39/95 of 18 October and amendments to Decree No. 9/2001 of 20 March. CPI is a public institution with administrative and financial independence that offers a package of services to assist national and foreign investors facilitating access to the incentives offered by the Government and the establishment of their businesses. CPI’s priorities are to implement policies that seek to expand direct investment—both national and foreign—to increase the competitiveness of the Mozambican economy, and to ensure continued growth for the country’s GDP.