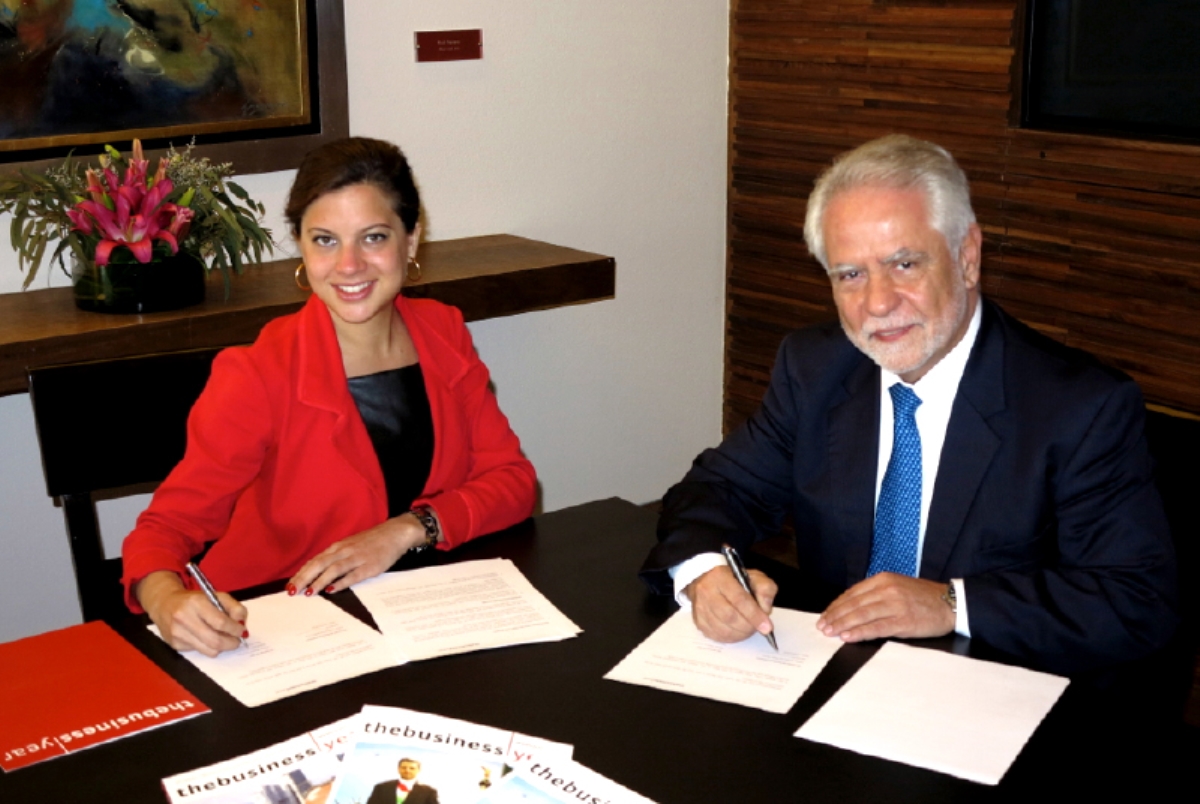 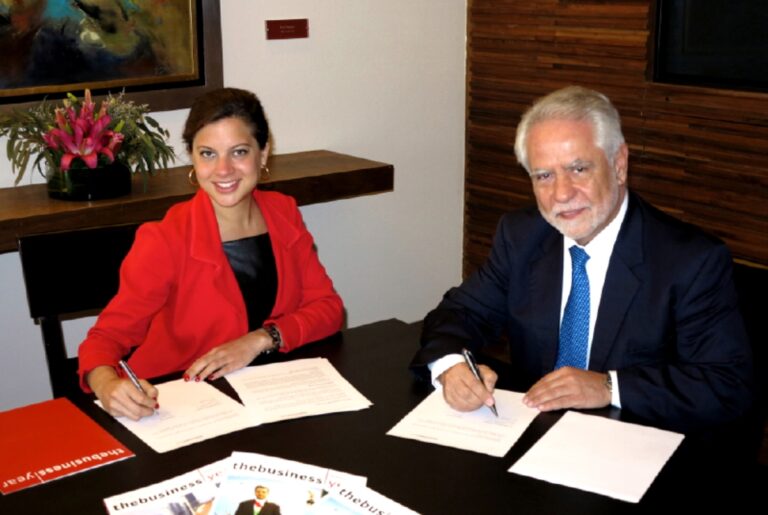 Mexico, February 17, 2014—Leading international business and consultancy firm The Business Year (TBY) has signed a partnership agreement with the American Chamber of Commerce, (AMCHAM) for the preparation of its third edition in Mexico, The Business Year: Mexico 2014, with the aim of presenting the views and perspectives of more than 200 political leaders and major players in the Mexican economy, as reforms roll out in the telecommunications, financial, education, and energy sectors.

The Memorandum of Understanding (MoU) was signed in Mexico between the Executive Vice-President and General Director of AMCHAM, Guillermo Wolf, and TBY’s Country Manager, Blanca Cisneros.

The Business Year: Mexico 2014 will be one of the most comprehensive annual economic publications available internationally. It is TBY’s third edition in the country thanks to its partnership with ProMéxico, the trade and investment agency that operates under the aegis of the Secretary of Economy.

The Executive Vice-President and General Director of AMCHAM, Guillermo Wolf, mentioned that this accord would be very positive for both sides, especially as it comes on the 20th anniversary of the NAFTA free trade agreement. Blanca Cisneros, TBY’s Country Manager, highlighted that AMCHAM is going to be a strategic partner for the 2014 edition. “The US is Mexico’s main trade partner and North America is the destination for over 80% of Mexico’s exports,” Cisneros commented.

In addition, Cisneros emphasized her enthusiasm about working in Mexico. “We feel that the Mexican moment is happening now; our team is really excited about all the reforms, though we are waiting until the secondary laws are enacted to see the real effects. This is a great moment for being in Mexico because the whole world is looking at this country, as it offers a huge potential for FDI.”

American Chamber of Commerce of Mexico was founded more than 90 years ago, positioning itself as a non-profit and non-partisan organization. It is affiliated with the two most active and significant international business organizations in the world: the United States Chamber of Commerce and the Association of American Chambers of Commerce in Latin America (AACCLA). Today, the companies that make up American Chamber/Mexico represent nearly 70% of the foreign direct investment in Mexico, which significantly contributes to economic and trade development and strengthens the bilateral relationship between Mexico and the United States.