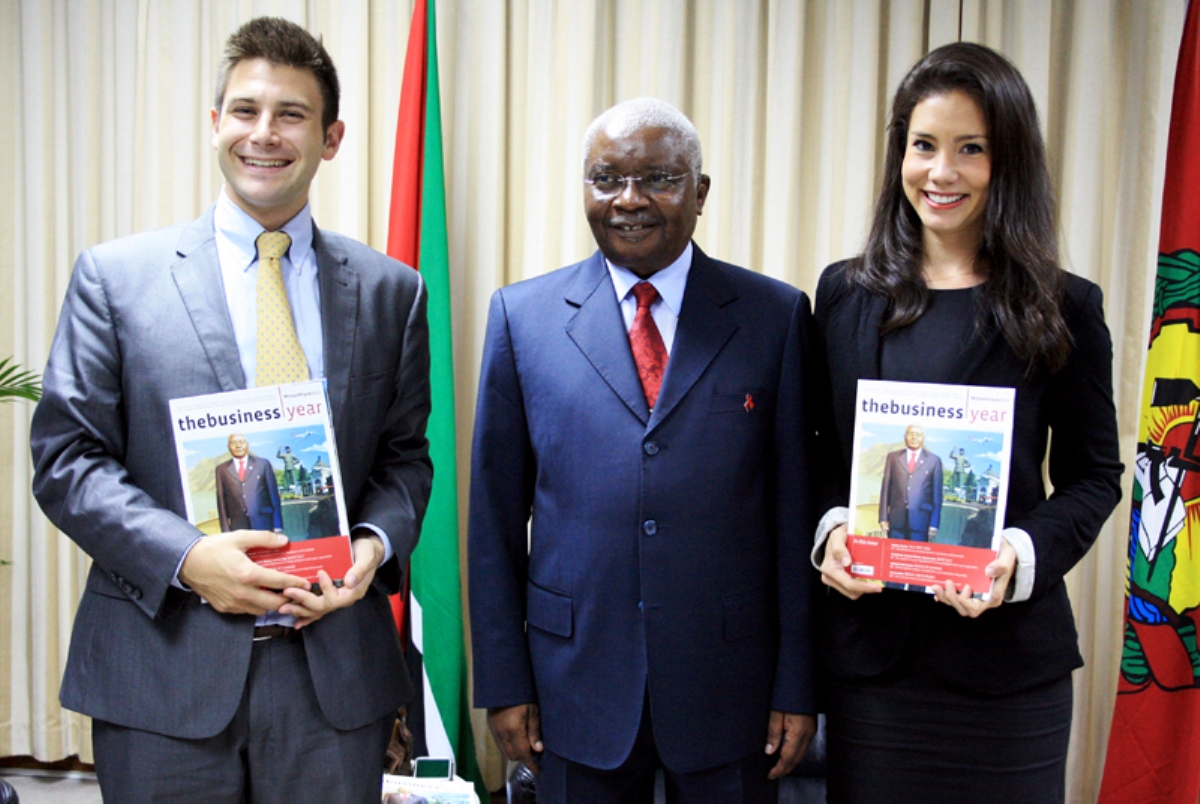 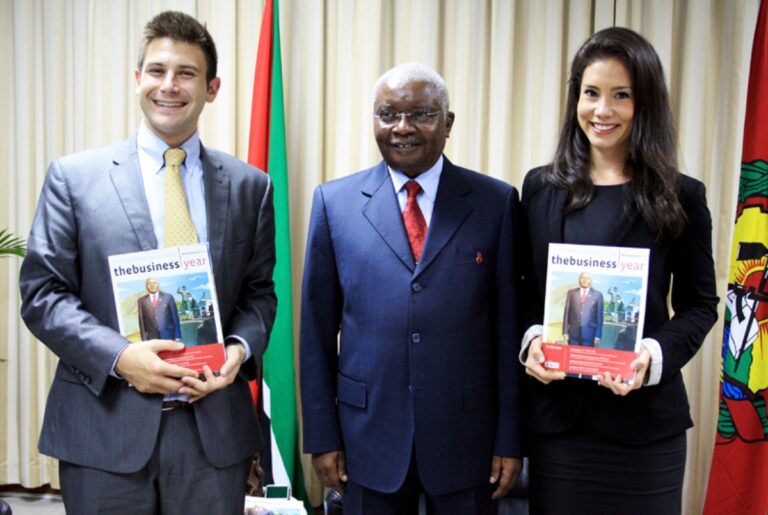 President Guebuza, who met with TBY Country Manager Ligia Kleber and TBY Country Editor Tyler Mattiace, also spoke about the appeal of Mozambique as a destination for international investment, citing the country’s strong legal framework, its resource wealth, its geostrategic location, and its people among the many reasons that investors are flocking to Mozambique. The President emphasized that Mozambique’s draw as an investment destination is not a new phenomenon. As President Guebuza explained, “Even before the emergence of our famous mineral resources, Mozambique was growing at a rate of 7% per year. As a result, people felt drawn to invest here.”

President Guebuza also discussed the transformative role that the mineral resources sector is playing in the Mozambican economy. As the President explained, the emergence of coal has driven improvements in Mozambique’s rail and port infrastructure, which has an impact across all sectors of the economy. In addition, the President emphasized that as the development of Mozambique’s gas reserves proceeds over the coming years, he expects the sector to contribute to the development of other industries such as petrochemicals.

President Guebuza also addressed the recent instability in the central region of Mozambique with TBY, emphasizing that investors should not be deterred from continuing to do business in the country. As the President stated: “Is it still worth it to invest in Mozambique? Yes.” President Guebuza cited the recent municipal elections, for which 85% of the population registered, as proof of the strength and stability of the Mozambican political system.

Other topics discussed included Mozambique’s relations within the Community of Portuguese Language Countries (CPLP), President Guebuza’s achievements over his time in office, and his vision for the country over the coming decade.

President Guebuza’s interview will open TBY’s forthcoming second edition on Mozambique, The Business Year: Mozambique 2014, which will once again be published in partnership with the Mozambican Investment Promotion Centre (CPI). TBY is in the process of finalizing its second edition in Mozambique, after having conducted more than 150 interviews with top decision-makers from every sector of the Mozambican economy such as Millennium bim Chairman Mario Machungo, Anadarko Moçambique President John Peffer, and Vale head Ricardo Saad.

TBY’s investor-focused publications cover every sector in 30 countries around the world through exclusive interviews with heads-of-state, ministers, and top executives from the leading public and private institutions in each economy it covers. The Business Year: Mozambique 2014 will be the most comprehensive English-language publication on the Mozambican economy published internationally to date and has been acclaimed by top executives, policy makers, and international media around the world.