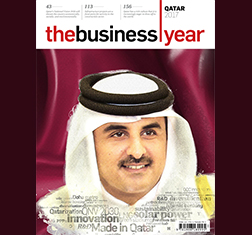 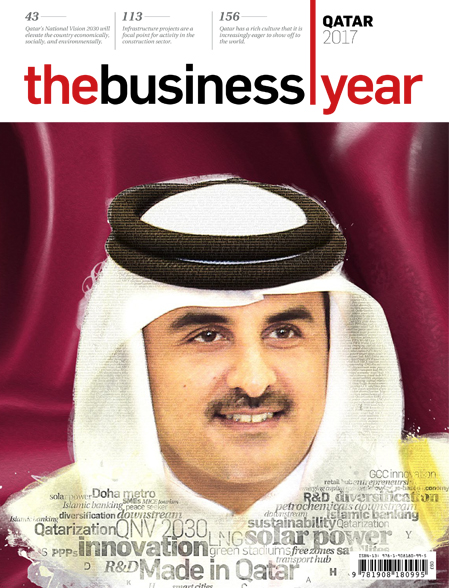 Doha, November 9, 2017 – The Business Year (TBY) is pleased to announce the launch of The Business Year: Qatar 2017, the fourth edition on the country, produced in partnership with the Ministry of Economy and Commerce.

The publication features over 150 interviews with top executives and government officials, and is opened by the words of His Highness Sheikh Tamim Bin Hamad Al-Thani, Amir of the State of Qatar, leading the country on a drive towards economic diversification, underscored by the Second National Development Strategy. “Economic affairs remain a matter of prime concern for us, especially in light of the circumstances created by the sharp decline in hydrocarbons’ prices,” the Amir said. “We are determined to proceed with our development plans to achieve the goals we have drawn up in Qatar’s National Vision 2030.”

This year’s publication contains comprehensive, sector-by-sector coverage of the challenges and opportunities that lay ahead in the coming year for Qatar. In the midst of an ambitious investment and infrastructure program, gearing up for the 2022 FIFA World Cup, Qatar aims to bolster an already flourishing real estate and construction sector, as well as boost its service economy, especially tourism. Hassan Abdulrahman Al Ibrahim, Chief Tourism Development Officer of Qatar Tourism Authority, told TBY that “the economic impact of the tourism sector in Qatar is becoming increasingly visible.”

Furthermore, this edition’s coverage illustrates how diplomatic tensions in the region have seen Qatar strengthen ties further afield, and a range of voices from the international community, including Antonio Costa, Portugal’s Prime Minister, and Teodor Melescanu, the Minister of Foreign Affairs for Romania, testify to this. Qatar is looking in particular to boost bilateral trade with Turkey. In an interview with TBY, Turkish President Recep Tayyip Erdogan said, “relations between Turkey and Qatar will continue to grow deeper in the near future in a way that benefits both countries and the region at large. In fact, our mutual determination in this regard has raised relations between Turkey and Qatar to an exemplary level.”

The publication ends with a legal guide to doing business in Qatar, composed by TBY’s local legal partners, Al Sulaiti Law Firm. TBY is a global media specializing in economic news, research on national economies, and business intelligence across the emerging markets.