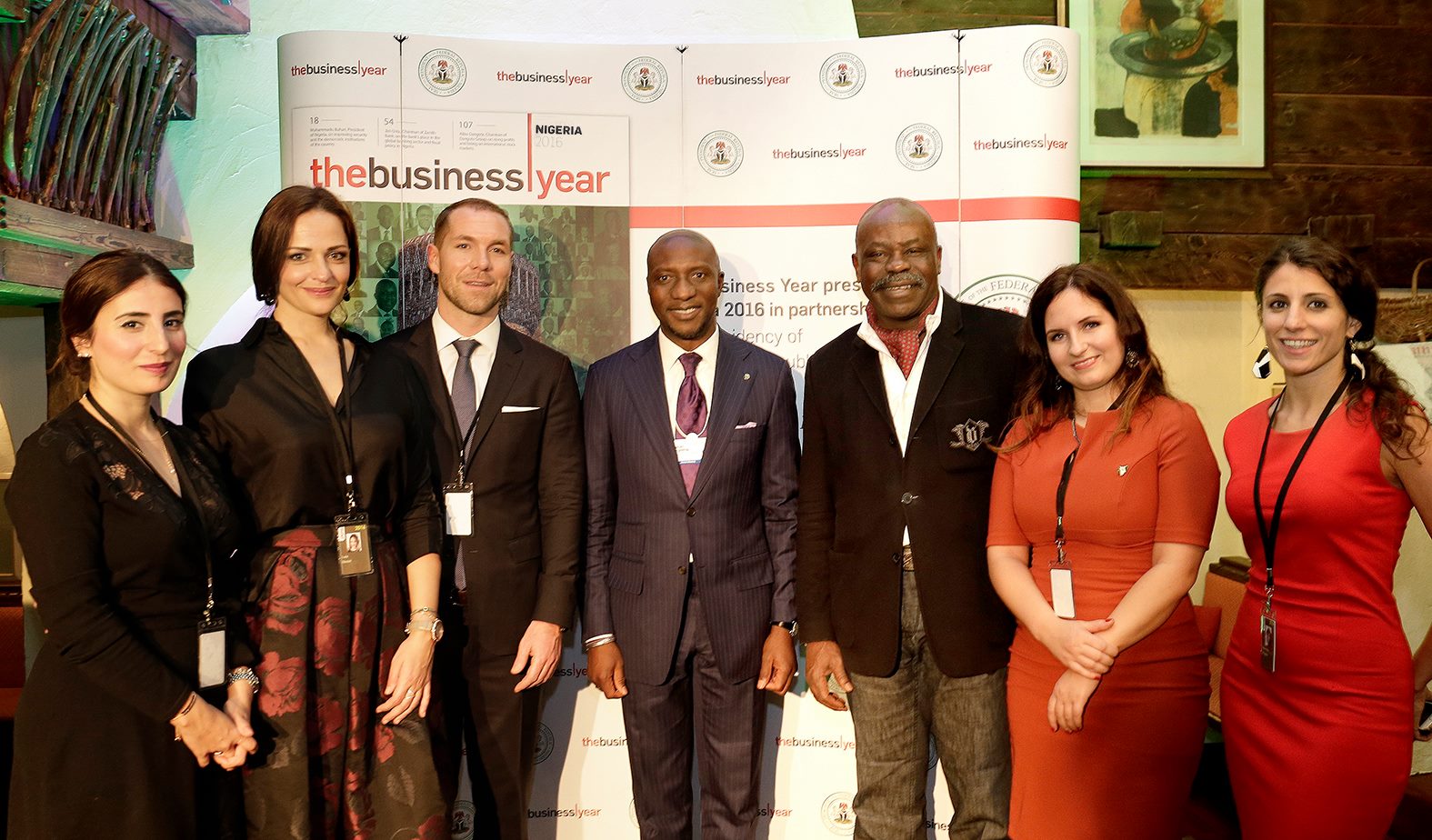 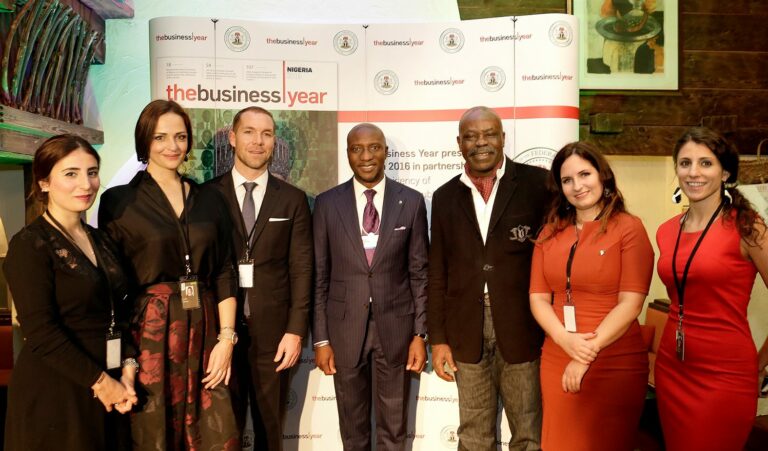 The Business Year (TBY) launched its second edition on Nigeria’s economy, The Business Year: Nigeria 2016, on January 21, 2016, at the Steigenberger Grandhotel Belvédère on the sidelines of the World Economic Forum in Davos, Switzerland.

The edition, which was produced in formal partnership with the Presidency of Nigeria, features interviews with Nigeria’s most important policy makers and business leaders. The edition opens with an interview with Muhammadu Buhari, President of Nigeria, followed by interviews with South African President Jacob Zuma and Belgium Prime Minister Charles Michel, all commenting on bilateral relations with Nigeria.

Important figures interviewed include Aliko Dangote, Chairman of Dangote Group; Jim Ovia, Chairman of Zenith Bank; Femi Otedola, Chairman of Forte Oil; Tony Elumelu, Chairman of Heirs Holding; Wale Tinubu, Group Chief Executive of Oando; and many others. In each sector of the economy interviews with key stakeholders, regulators, and government officials indicate the direction of a nation at a crucial juncture in its history.

At the event, TBY also released the results of their Business Confidence Index for Nigeria. The index, based on a collation of data from over 200 interviews, offers a comparative look at the sentiments of leading executives in different sectors. On a confidence scale of 1 to 5, IT & telecoms ranked the highest, followed by agriculture. Executives cited their optimism in President Buhari’s anti-corruption efforts and reforms aimed at diversification. Energy ranked the lowest, with low global oil prices being the most commonly referenced factor.

Speaking at the event, Oscar Oyenma, CEO of the Nigerian Stock Exchange (NSE), also noted that efforts to strengthen corporate governance and transparency were bringing a note of optimism to his 2016 outlook for Nigeria’s capital markets. “Diverse investment products, strong regulation, increased transparency, and easy access to the market have ensured increased participation.”

Ayse Valentin, CEO of The Business Year, said: “We are excited to launch our second publication on Nigeria’s economy. We are fortunate to have had the full support of the Presidency of Nigeria, who facilitated the best possible production of our annual economic overview.”

Leland Rice, Editor-in-Chief of The Business Year, spoke on the major events that shaped this year’s coverage. “Nigeria’s free, fair, and peaceful elections were a high-water mark for 2015, not just for Nigeria but for the continent and the world,” Rice said. “The subsequent instillation of a reformist administration has created hopefulness for the future and fueled unprecedented demand among global investors for insights on Nigeria’s trajectory in 2016.”

The nation’s major development projects are extensively covered, including Eko Atlantic and Centenary City. The Finance chapter, one of the key pieces of the publication, features interviews with Godwin Emefiele, the Governor of the Central Bank, as well as with the heads of the country’s leading banks and financial institutions. Other chapters are similarly complete and describe in detail the workings of each sector of Nigeria’s economy through interviews with the people moving them forwards.

The Business Year: Nigeria 2016 will reach a global audience of 97,700 readers via its printed version, while a wider audience will be able to access it through TBY’s iPad, iPhone, and Android applications.