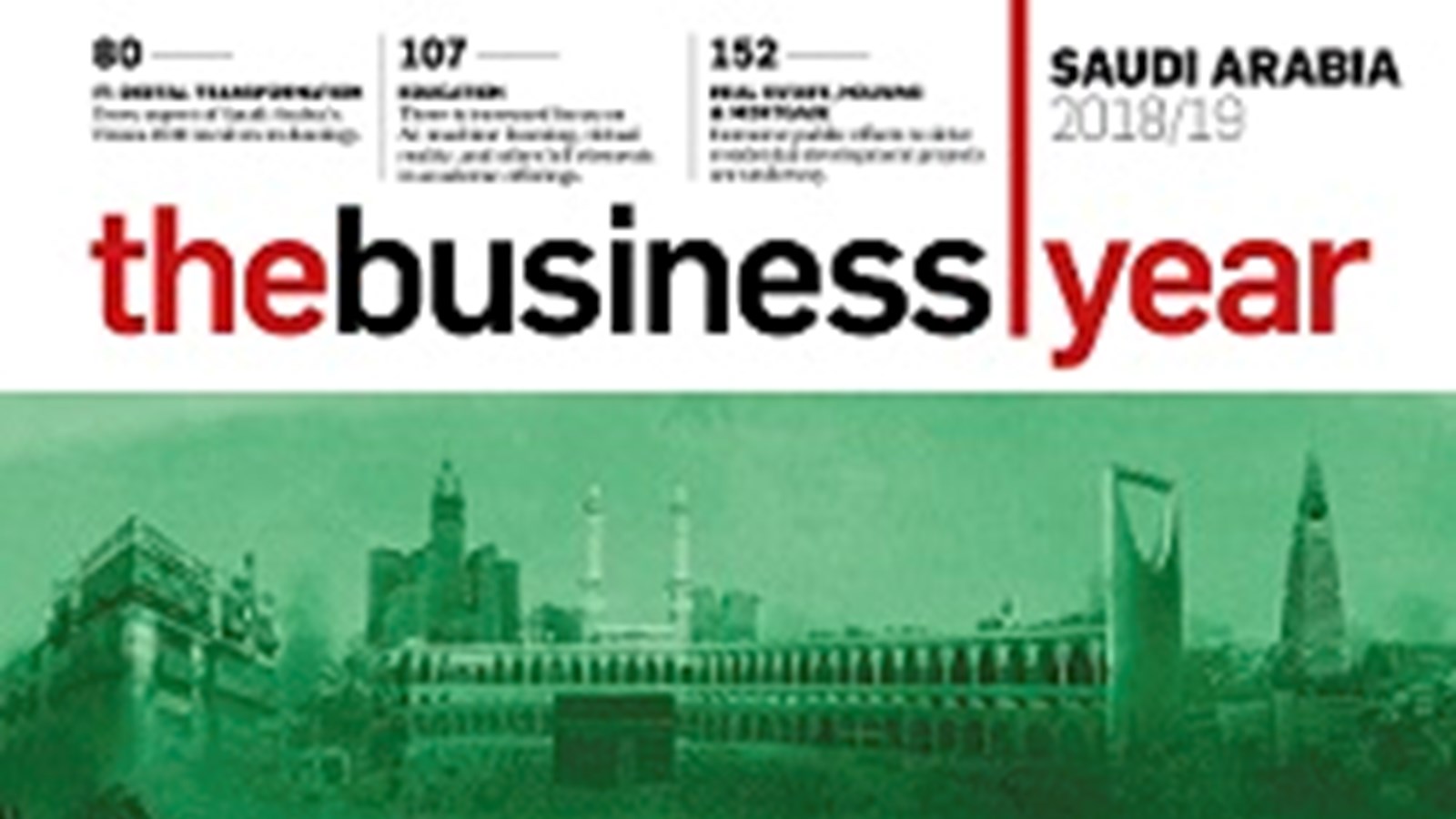 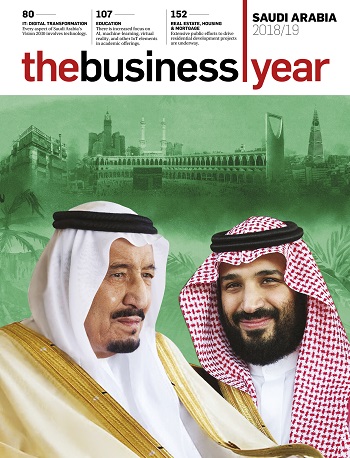 Riyadh, November 26, 2018—TBY is thrilled to announce the launch of The Business Year: Saudi Arabia 2018/19. For its fifth annual edition on the Kingdom’s economy, TBY conducted around 250 interviews with the main policymakers and leading corporate executives to discover key economic trends, the pace and impact of reforms under Vision 2030, and the investment opportunities for the global business community.

Under the de facto leadership of Crown Prince Mohammed bin Salman, Saudi Arabia has been undergoing a series of socioeconomic transformation aimed at modernizing the Kingdom’s business environment and strengthening its assumed regional role. Through increased government spending, set to further increase according to the 2019 budget announcement, both the public and private sectors are asked to meet the KPIs set by the National Transformation Plan 2.0, a preliminary test in light of the final 2030 exam. New destination developments, digital transformation, push towards downstream, and localization are all key themes covered in The Business Year: Saudi Arabia 2018/19 and these will gain even further relevance in the course of the ongoing The Business Year: Saudi Arabia 2019/20.

Privatization efforts are rapidly taking place in sectors such as utilities, transportation, and education, while a new spotlight feature takes into account the vital role SMEs are playing in this transformation. A conversation between seven of the key people behind this change sheds lights on the ins and outs. “Encouraging entrepreneurship is an important avenue to diversify the Kingdom’s economy, and the Ministry of Commerce & Investment has equipped itself with various new subsidiaries, programs, and taskforces to drive this ecosystem,” says Majid bin Abdullah Al Qasabi, Minister of Commerce & Investment. “Long-term planning is essential, but the policy landscape requires that planning be coupled with support that is dynamic, analytical and grounded in methods that yield an evidence-based approach to policy making,” highlights Mohammed Al-Tuwaijri, Minister of Economy & Planning. Also featured in this spotlight are Prince Faisal Bin Bandar Bin Abdulaziz Al Saud, Governor of Riyadh Region & Chairman of the High Commission for the Development of Arriyadh; Khalid Abdullah Al Hussan, CEO, Saudi Stock Exchange; Ahmad Yahya Aljubaili, Executive Director, National Commission for Academic Accrediation and Assessment; Husameedin Al Madani, Director General, National Center for Performance Measurement; and Dr. Nabeel bin Mohammed Al-Amudi, Minister of Transport.

The Kingdom’s Vision 2030 was a key focus of TBY Analytics Saudi Arabia 2018/19, TBY’s unique methodology used to translate C-level opinion into real-time statistics, completed in partnership with the General Authority for Statistics. 42% of interviewees in Saudi Arabia are positive regarding the impact Vision 2030 will have on business. Many believe it will lead to changing attitudes both at home and abroad, more open mindedness, new demands in the market, and more technological innovation.

“Saudi’s Vision 2030 is coming to fruition and has succeeded in placing the Kingdom among the top-10 countries worldwide in terms of the business environment, as indicated by a recent World Bank report on the protection of minority investors,” reflects Ibrahim Al Omar, the Governor for Saudi Arabian General Investment Authority (SAGIA).

Vision 2030 is also playing a major role in advancing Saudi’s industry and defense sectors. The vision emphasizes that its key objective is to localize manufacturing and move the sector up the value chain. This has been translated into the mandates of organizations such as the Saudi Industrial Property Authority (MODON) and the Saudi Industrial Development Fund. “MODON is going through a transformation of the approach of supporting the industry here,” said its Director General, Khalid Mohammed Al Salem. “We are now moving to more innovative and advanced services in our existing industrial cities, toward smart cities.” Elsewhere, in the defense sector, localization objectives have been formulated to increase from 10 to 50% by 2030, which means significant investment and a ramping up of knowledge transfers as firms look to localize their operations.

Ay≈üe Valentin, TBY’s CEO, spoke on the occasion of the launch. “Overall, The Business Year: Saudi Arabia 2018/19 is a landmark publication. It combines our experience from nearly a decade of coverage with one of the world’s most ambitious reform efforts.”