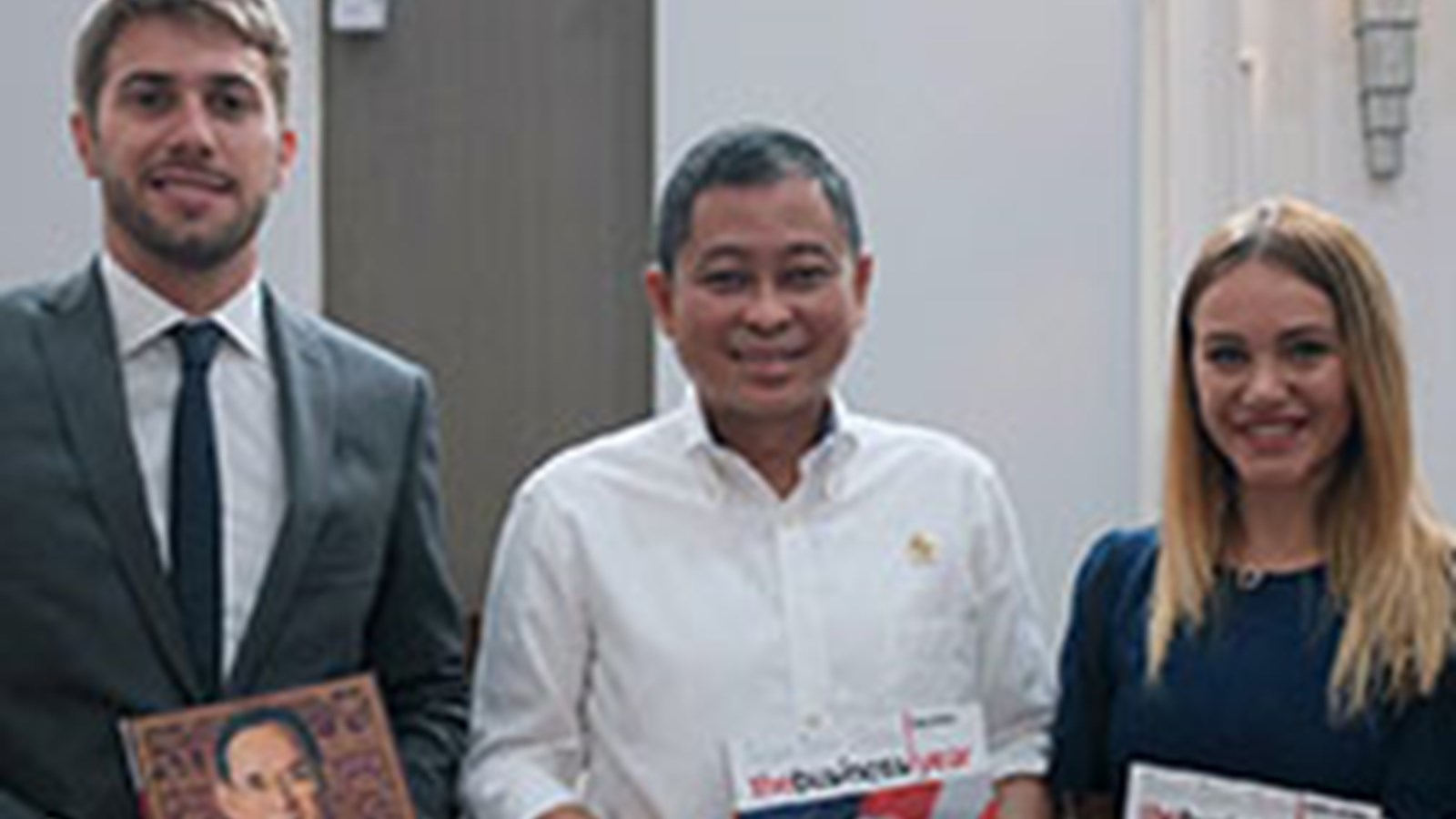 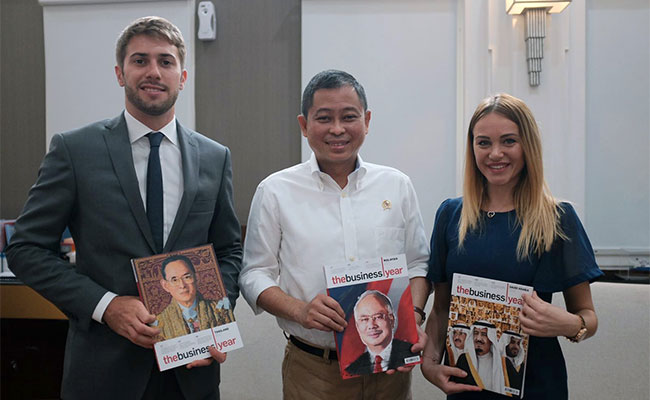 TBY and Jonan opened with a discussion of the main challenges facing the Indonesian energy sector, broadly agreed to be one of the sources for future growth in the country. These include the lack of infrastructure capacity, which prevents many projects from going forward, and a need to keep costs of energy low to ensure competiveness. Jonan highlighted the measures the ministry is taking to ensure that electricity tariffs are as reasonable and affordable as possible, stating, “we have to be a pioneer in many areas to increase opportunities for the expansion of the economy.”

The conversation then moved to the Ministry’s intentions with its new power purchasing regulations, modified by recent ministerial decrees to address risk levels for all parties involved. The aim of these decrees is to clarify and accelerate the process of any electricity investment. Jonan explained that while the new regulations might impact the bankability for independent power producer projects, the Ministry remained clear that, “business risk itself cannot be borne by the government. While political risk falls under our responsibility, business risk has to be borne by the power plant company. The decrees address this issue.”

When asked about the country’s plans for renewables, the minister highlighted recent successes that shine light on possible areas for continued growth. Over the past 40 years, the Indonesian government has installed almost 5,000MW of renewable capacity, with 500MW worth of projects launched in the last 10 months alone. This shows that tariffs in renewables are competitive at a global level, leading to general interest in the region from foreign investors. However, the minister highlighted a need to render renewables projects as attractive—if not more so—than fossil fuels projects, in order to direct a steady flow of interest into this sector over the next few years. “I tell the renewable energy unit of my department that 20-30% of total generation is the goal,” he said.

TBY then gathered Jonan’s comments on mineral exploration, and the best way to reconcile interests of Indonesia and foreign investors in this arena. The Minister was quick to highlight that the country’s mining sector has been through ups and downs, but that at the end of the day, mined products— such as copper, nickel, bauxite, gold, and silver—remain plentiful. “These are also following the market price,” Jonan said, “and that is the big parameter when it comes to how we can grow this investment in the mining sector. If the market is down, then foreign miners will demand a lot more concession or a lot more split so we have to make it acceptable. As long as it is in accordance with the mining laws and constitution, the rest can be negotiated from time to time, but if it is against the constitution then the answer is no and no. There should be no country that is ready to sacrifice its constitution for the interest of any mining company, and we stand by this motto.”

Finally, TBY asked the Minister about his outlook for Indonesia’s energy sector. Electricity will play a key role, as the engine of growth, and the ministry will be safeguarding its availability, its competitive pricing, and its capacity. According to the minister, “those three elements of the electricity will be supported and adjusted from time to time according to the demand. The government has a lot to do in regard to helping reduce the generation imbalance and the price of electricity in the country as the disparity between what people can afford and the cost is still significantly wide.” Demand is expected to rise with an increase in electric cars and increases in domestic electricity usage for cooking. The private sector will be a cornerstone in the government’s plans to meet this demand, and collaboration will be a top priority.

TBY’s CEO Ayse Valentin commented that, “as global demand for clean energy and electricity increases across the world, private-public collaboration will become a key feature in dynamic economies grappling with associated challenges. It is heartening to see that Indonesia is committed when it comes to joint ventures with the private sector.”

Ignasius Jonan was appointed as the Minister of Energy and Mineral Resources in October 2016. Prior to this, he served as the Minister of Transport. Jonan was previously a banker and chief executive of state railway company PT Kereta Api Indonesia. He holds an MA in international relations from Fletcher School of Law and Diplomacy.