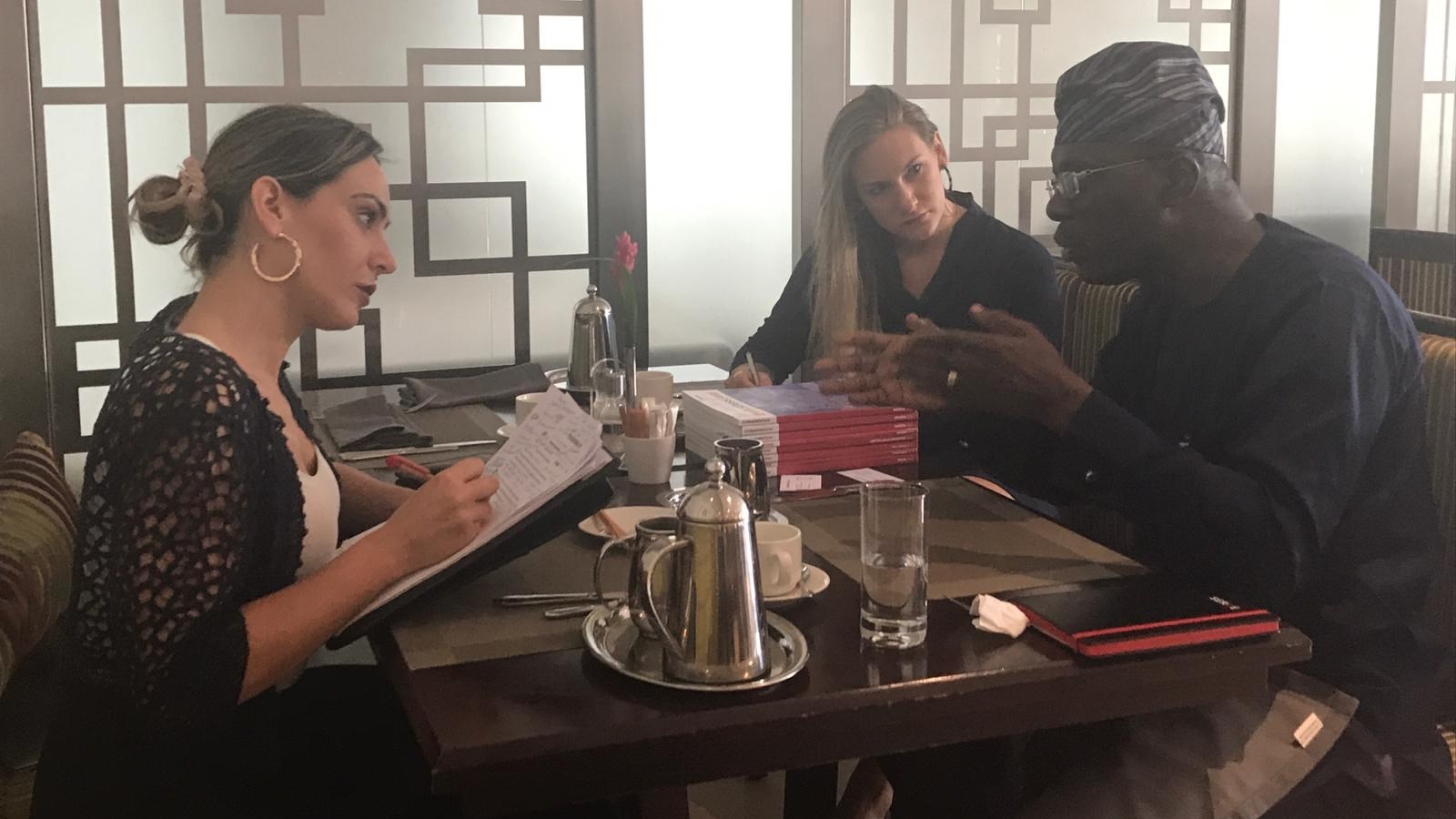 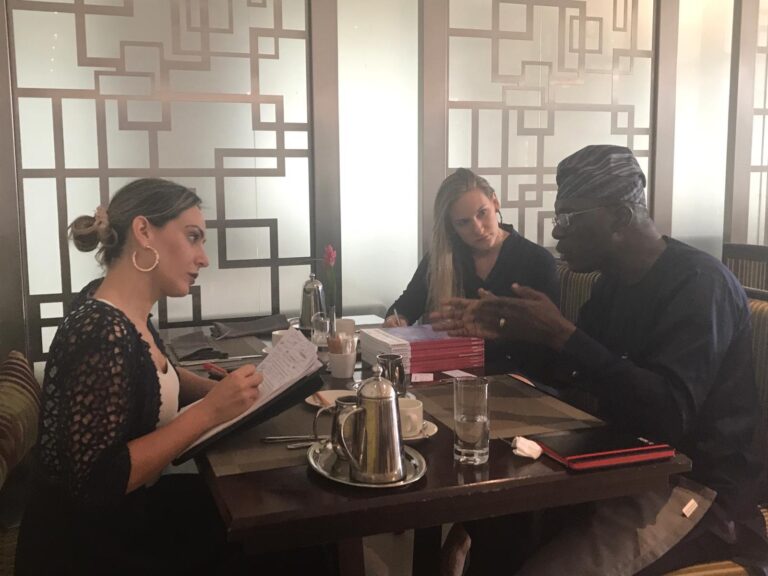 Lagos—TBY, a leading global media group specializing in economic research and business intelligence across emerging markets, sat down for a breakfast meeting with Babajide Sanwo-Olu, Lagos State’s governorship candidate, for an interview to be featured in its upcoming edition of the country, The Business Year: Nigeria 2019.

In September 2018, Sanwo-Olu announced he would run for the office of the governor of Lagos State under the All Progressive Congress (APC), the political party President Muhammadu Buhari belongs to, at the elections that will take place in February 2019. The following month, he contested in and won the gubernatorial primaries against the incumbent governor, Akinwunmi Ambode, who was elected governor of Nigeria’s largest state in 2015 under the same political party.

The result came as a surprise to Nigerians, as no candidate had ever challenged an incumbent governor after his/her first term as tradition in Lagos State has normally seen every governor win a second term in office. Therefore, with his victory in the primaries, Sanwo-Olu has already made history by becoming the new and only candidate for the incumbent party.

During a breakfast meeting, TBY’s Country Editor for Nigeria, Silvia Lambiase, and Sanwo-Olu discussed what he would bring to the table for Lagosians and what his main economic policies would be, should he be elected as next Lagos State governor.
Sanwo-Olu stated that, with nearly two decades of experience in the private sector and over a decade of experience in the public sector, he brings a whole new fresh approach to politics.

He continued that when he joined the public sector in 2002 after working in the oil and gas sector, he was among the first technocrats in the government, and his deep understanding of the private sector led to the establishment of a Public-Private Partnership (PPP) office. His experience with PPPs and privatization are a valuable asset for a State with a high population growth rate and an infrastructure deficit that continues to hinder sustainable development. Sanwo-Olu then added: “It is not about me, though. It is about Lagos. It is about the transformation and development I can bring to the State. We want to bring Lagos to a whole new level.”

When asked what his government’s main economic policies would be, Sanwo-Olu stated that the main focus would be public infrastructure: “We need to ensure that public transportation and infrastructure in general are good. The rail system also needs to be completed, as does the highway infrastructure to connect Lagos to the West African coast.”

Besides infrastructure, other priorities of his governorship would be energy and waste management, and lastly, the deployment of technology to develop the youth, improve healthcare and education, and leapfrog to rapidly catch up with developed nations.

He pointed out that the public sector only contributes around 20% to GDP and added that “the right environment is needed to drive development and transformation. We want to maximize ease of doing business, cut red tape, and reduce inefficiencies.”

The conversation then focused on other topics such as ways to obtain private sector funding, his plans to co-operate with private sector firms to clean up Lagos City, as well as the measures he would implement in order to harness the huge potential of the city’s entertainment industry. “Lagos is a city like no other, with a freshness and vivacity that is unmatched.”

He stressed, however, that a challenge going forward will be to make the city more organized, including tracking the progress made, analyze areas where more resources should be dedicated, and enforcing that all citizens have an ID card in order to track the population and its movements. He concluded: “Lagos is such a dynamic place that I really think we can use its size to push the entire country forward.”

The Business Year: Nigeria 2019, which will be published in 1Q2019, will mark TBY’s fifth anniversary in the West African country and will therefore be an unprecedented coverage of its economy, with analyses, infographics, and exclusive interviews with leaders across Nigeria’s private and public sectors.