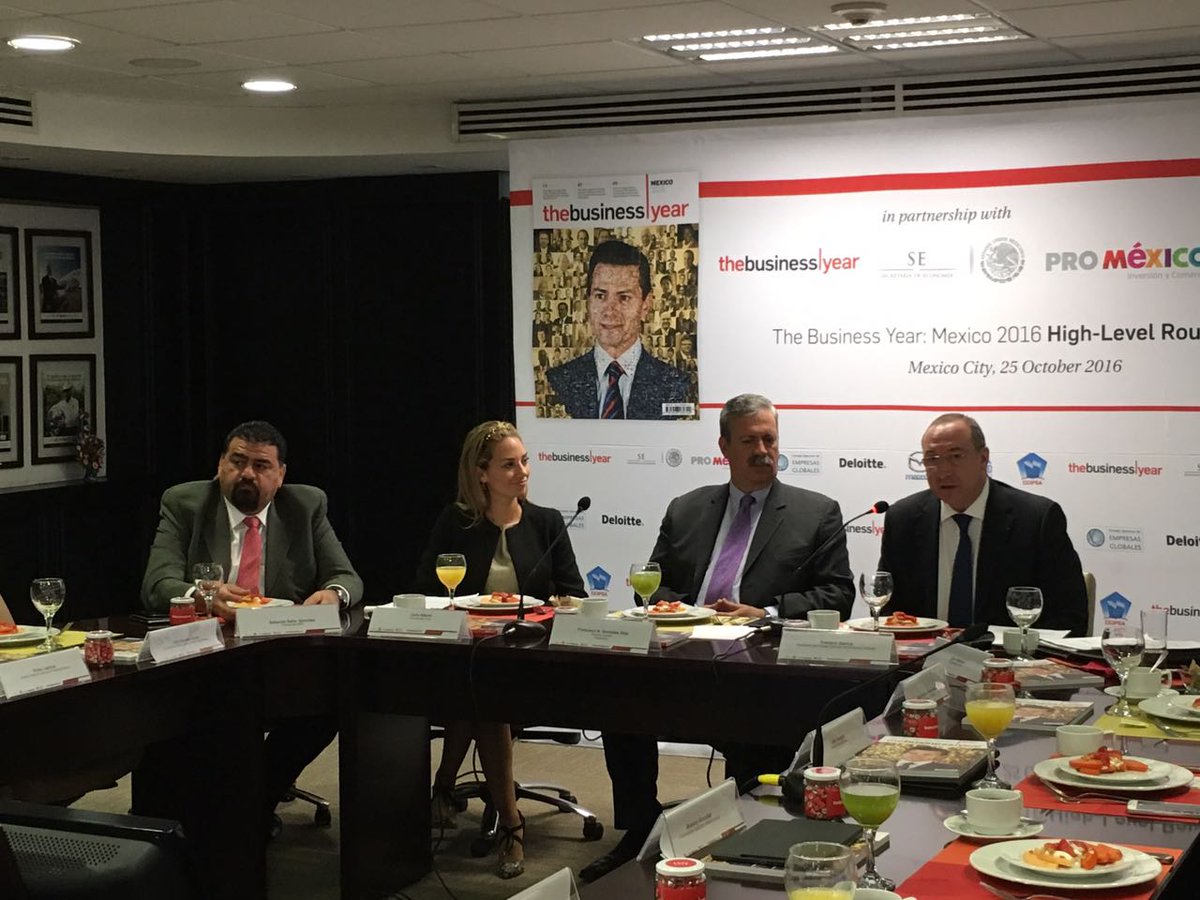 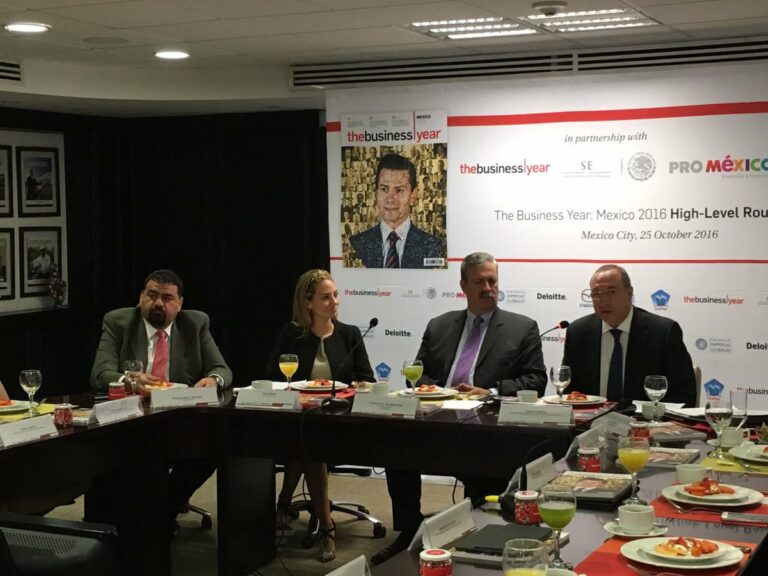 On Tuesday, October 25, TBY launched its latest annual edition on the Mexican economy with a roundtable organized in collaboration with ProMéxico and the Consejo Ejecutivo de Empresas Globales (CEEG) in ProMéxico’s headquarters in Mexico City.

This event gathered important personalities in Mexican business, including Frederic García, General Director of Airbus Mexico and President of the CEEG; Francisco González Díaz, General Director of ProMéxico; and Eduardo Solís, President of the Mexican Automotive Industry Association, among others. The event was focused around a roundtable dialog about the role of international enterprises on the integration of Mexican SMEs in international value chains, a key topic in the latest Mexico edition of TBY.

Opening this event, González Díaz stressed the importance of this publication for Mexico at an international level, mentioning that “a top-notch selection of interviewers was done [for this edition] and I am sure this will be of great relevance and will leave an important

footprint that will show the excellent business panorama of Mexico.” Frederic García from CEEG also talked about the importance of this publication for the country, explaining that TBY has a major role “to promote more inclusive growth, productivity and employment.”

Carla Albertí de la Rosa, Regional Director of TBY for Latin America, remarked, “this year has been particularly important for The Business Year in Mexico due to the high global demand for economic information about the country. Our readers, mainly international investors, are more interested than ever in our exclusive interviews and exhaustive analysis of the national economy and the sectors with the greatest potential for growth in Mexico.”

In order to conduct its research, TBY interviews over 200 executive leaders of the public and private sectors, including CEOs, government ministers and heads of state. The Business Year: Mexico 2016, the fifth annual edition of the publication on Mexico, included interviews with such distinguished personalities as President Enrique Peña Nieto; Jaime Ruiz Sacristán, President of the Mexican Stock Exchange; Gabriel López, CEO of Ford Mexico; Francisco Crespo, CEO of Coca-Cola Mexico; Agustín Carstens, Governor of the Bank of Mexico; Luis Almagro, Secretary General of the OAS; and Roberto Slim, CEO of Ostar Hotel Groups, among other high-level executive leaders.

A few weeks ago, TBY began its research for the next edition, The Business Year: Mexico 2017, which will be released in the third trimester of 2017. The next edition will include more than 200 interviews with high level executives and will focus on the relevance of Mexican multinationals in the Latin American region, the rise of advanced manufacturing and high added value exports, and the automotive sector as one of the pillars of the economy.