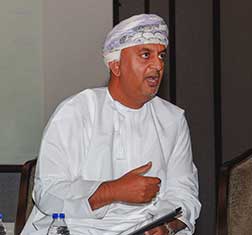 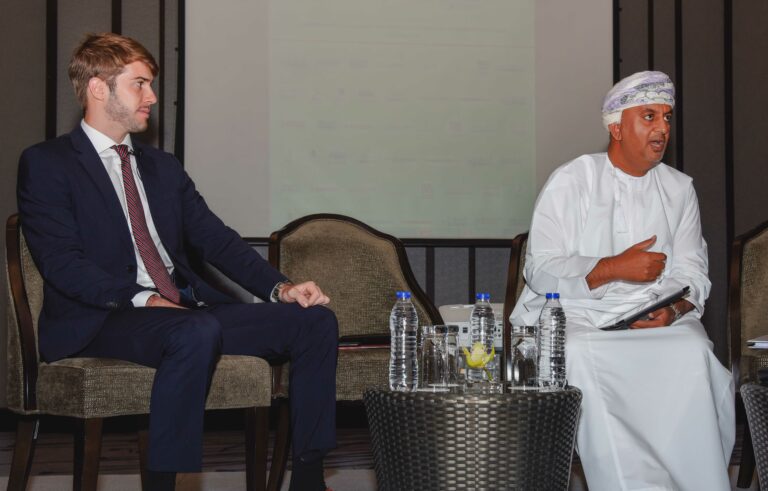 TBY held its panel discussion “Diversification and the Ninth Five-Year Plan: Oman’s Path to Sustainable Development” on October 20, bringing together several industry leaders. HE Dr. Ali bin Masoud Al Sunaidy, the Minister of Commerce and Industry, opened the event and was interviewed onstage by TBY’s Regional Director for the GCC, Paul Loomis.

During the interview, the Minister laid out parts of a bold, new vision that will drive the Omani economy through a time of fiscal pressure caused by falling commodity prices. He spoke about a sea change in the way the government conducts business, stressing the need for government-linked firms and ministries to sell assets and bring on private partners to invest in projects, instead of merely relying on government funds and contractors. His comments describe a new era of policy in Oman and come in the midst of a new program called Tanfeedh.

Tanfeedh brings all stakeholders together to solve pressing issues and establish key performance indicators (KPIs) for the government. The program was frequently referenced in the Minister’s comments as well as in the panel that followed. It is a program inspired by and produced in consultation with Dato Sri’ Idris Jala, who was recently a keynote speaker at TBY’s Malaysia Roundtable on innovation in the Malaysian economy. Just days before the event, Sultan Qaboos appointed a minister to ensure the program was properly implemented.

Minister Al Sunaidy encouraged the private sector to change its strategy. “We are in a new era. CEOs need to come to the government with ideas, with concepts ready to bring financing and add value to the state. Utilities like water treatment and solid waste management can be easily privatized; water desalinization can be easily privatized even if not related to electricity generation; dams can be privatized; and from now on every hospital can be privatized. If we do not do these things now, we will be at the mercy of what happens to the oil price,” the Minister said.

His comments telegraphed an announcement made earlier this week by HE Hamood Sangour Al-Zadjali, the Executive President of the Central Bank of Oman (CBO), that Oman plans to borrow USD10 billion or more from international markets over the next four years. This would represent around 60-70% of the budget, with the remainder being drawn from Oman’s State General Reserve Fund. According to comments made by the head of the capital authority this week, the Sultanate also plans to raise upwards of USD5 billion through privatizations of government firms. These fiscal changes come on the tail of the nation’s deficit doubling to USD10.5 billion in the first eight months of 2016.

Governments across the Gulf reacted quickly to the impact of falling oil prices on their revenues. Every state in the GCC has raised fuel prices, and late last month Saudi Arabia cut bonuses and salaries for some public sector employees, which collectively contributed 45% of government spending in 2015. The Kingdom also raised a record USD17.5 billion in its first ever international bond offering, showing the strong international appetite for Gulf debt and paving the way for other GCC nations to follow suit.

The TBY event brought together some of the most influential businesspeople in the country, such as Oman’s biggest industrial firm, Oman Cables; one of the country’s largest family groups, Khimji Group; the Sultanate’s mining regulator, the Public Authority for Mining; and Oman’s Tourism Investment Body, Omran. Together, the representatives discussed some of the intended changes, repeatedly referencing the themes of the ongoing Tanfeedh program and stressing how crucial accountability and clear plans for implementation are to each of their sectors.

Indeed, the question in the GCC today is not whether international investors can be enticed into buying bonds, nor whether Gulf States can afford to repay them. Rather, what remains to be seen if GCC states can implement reforms that are deep and broad enough to spur citizens and public servants to fundamentally reconsider their relationship to the state’s oil revenues. The path has just begun, but 2016’s opening rounds of reforms are a positive indication.