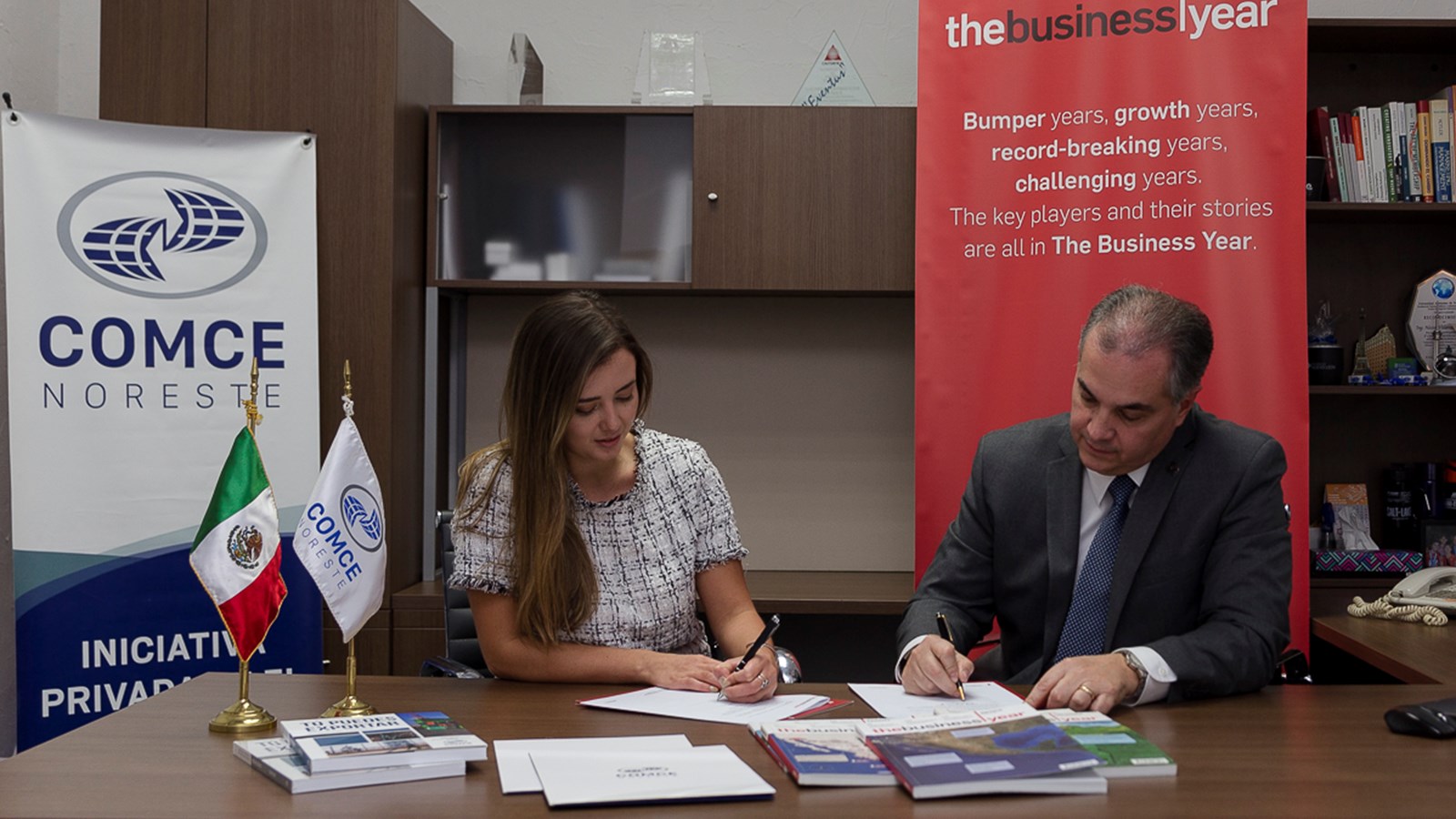 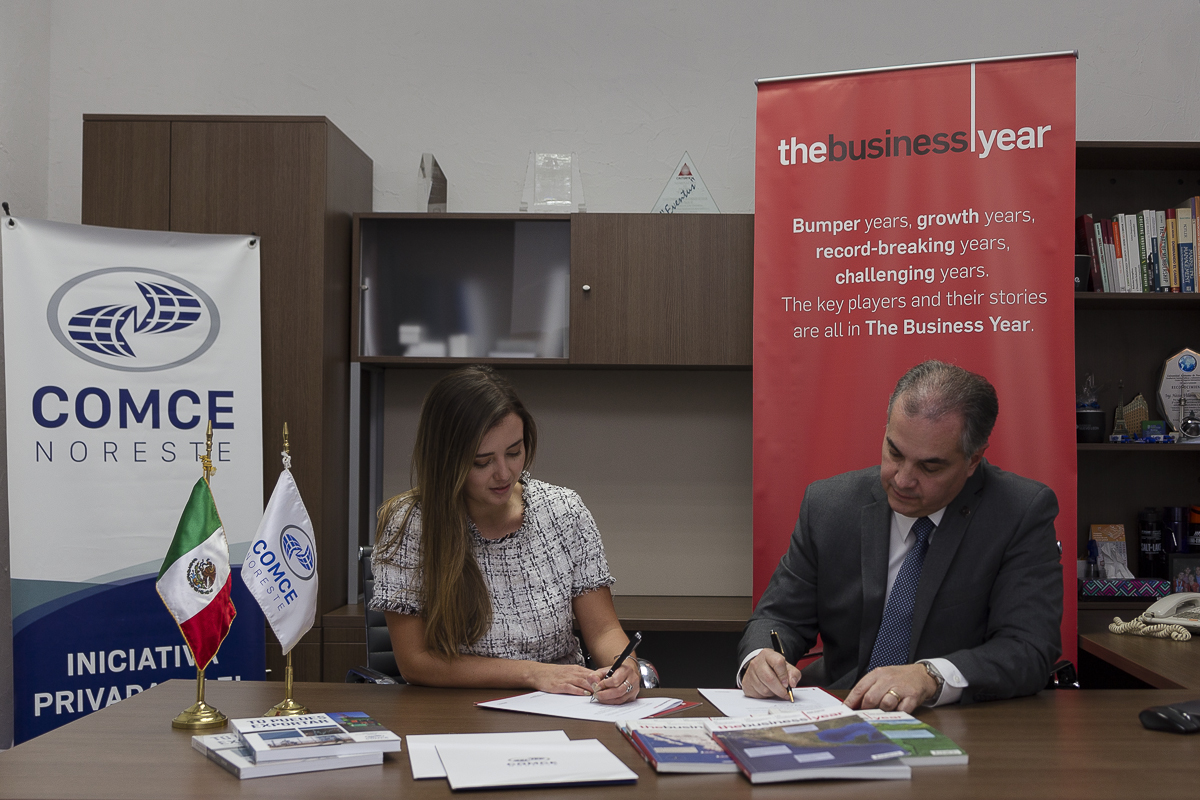 Monterrey, March 20, 2019—The Business Year recently signed an MoU with the Mexican Business Council for Foreign Trade – Northeast (COMCE Noreste) as part of the company’s plans to expand its coverage of the Mexican economy and produce a higher volume of market intelligence on the northern states of Mexico, including Nuevo León. The content will be featured in TBY’s upcoming publication, The Business Year: Mexico 2019.

TBY’s association with COMCE Noreste comes at a strategic time, as the business association plans to include the state of Chihuahua among its member states, the main export hubs of which are its capital city Chihuahua and Ciudad Juárez.
In addition to this, COMCE Noreste has a long-standing record of promoting business in the states of Nuevo León, Tamaulipas, Coahuila, and Durango.

Special attention will be given to Nuevo León, which will also act as the second TBY’s base of operations for its 2019 edition on Mexico.

In 2018, Nuevo León’s GDP growth rate outpaced that of the overall Mexican economy and was one of the top FDI destinations within the country with USD4.26 billion, a 127.2% increase over the previous year. Nuevo León accounted for 13% of all incoming FDI into Mexico, followed by another northern state, Coahuila, with 9%.

Adding to this, Hector Villarreal Muraira, General Director of COMCE Noreste, mentioned: “Nuevo León exports USD40 billion, with 65% of that coming from companies that are part of COMCE Noreste. Our business association gathers 126 corporate members with 80% of them having regular export-import activity.” He also discussed the business climate of Mexico’s northern region, marked by its close proximity to the vast consumer market of US.

However, among COMCE Noreste’s priorities is to reduce dependency on the US and support local companies in reaching new markets, especially in the rest of Latin America, in line with regional economic integration processes such as the Pacific Alliance.

With over 150 face-to-face interviews with public officials and top corporate executives from all over Mexico, The Business Year: Mexico 2019 will bring first-hand insights from the main players in the Mexican economy to send a direct message to a global audience through various interactive media platforms.

To be published in July 2019, all interviews and content will be also available on four partner business platforms: Bloomberg Terminal, Thomson Reuters Eikon, Dow Jones Factiva, and FactSet.