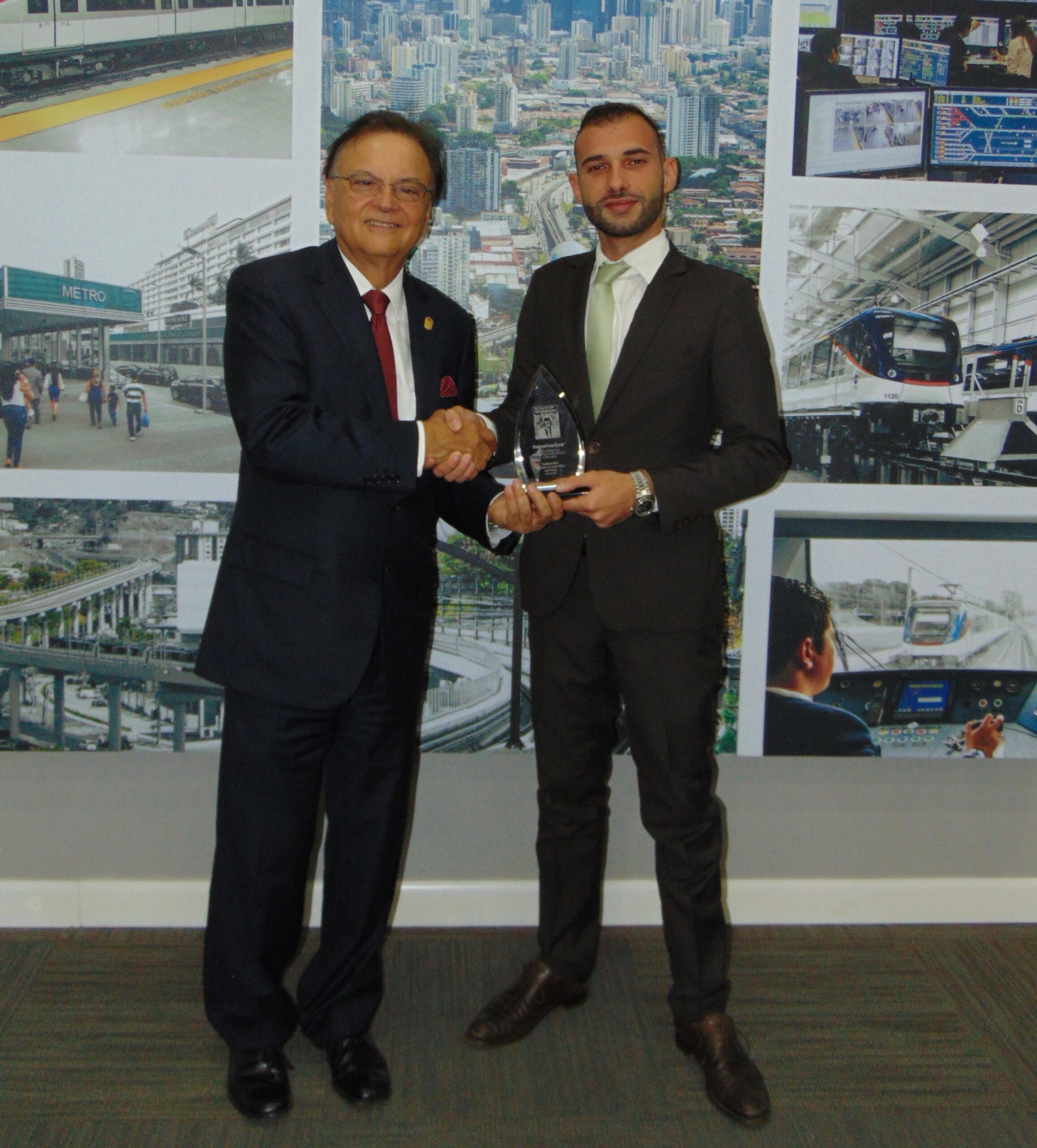 TBY presented Roberto Roy, Panama’s Minister of Canal Affairs and Metro, with an award recognizing the positive impact that the metro is having on Panamanian society. Edoardo Caccin, TBY’s Country Editor in Panama, praised the Ministry’s work toward the improvement and modernization of Panama’s infrastructure network.

“Minister Roy is currently focusing on innovation and infrastructure development has resulted in tremendous gains for the local economy and society. The new, expanding Metro imposed itself as a paradigmatic infrastructure project not only in the country, but also in the region and worldwide.”

When receiving the Award, Minister Roy commented that “this award recognizes our efforts to instill a new concept of mobility in Panama. This is just the beginning. The long-term view for the metro is actually a total of seven or eight lines.”

The Ministry is currently changing the fleet from trains of three to five cars each, thus increasing the capacity of each train considerably. In this way Panama Metro can cope with the estimated growing demand. If we look at national polls, the metro has registered as the biggest contributor to public satisfaction. “We are always above 80%, which gives us a lot of happiness. We are proud to have done something that has really changed people’s lives for the better in Panama”, concluded Mr. Roy.

Further information about the undergoing expansion of the Metro in Panama, including an interview with Roberto Roy, can be found in upcoming The Business Year: Panama 2017.