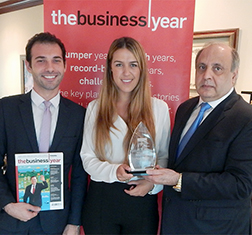 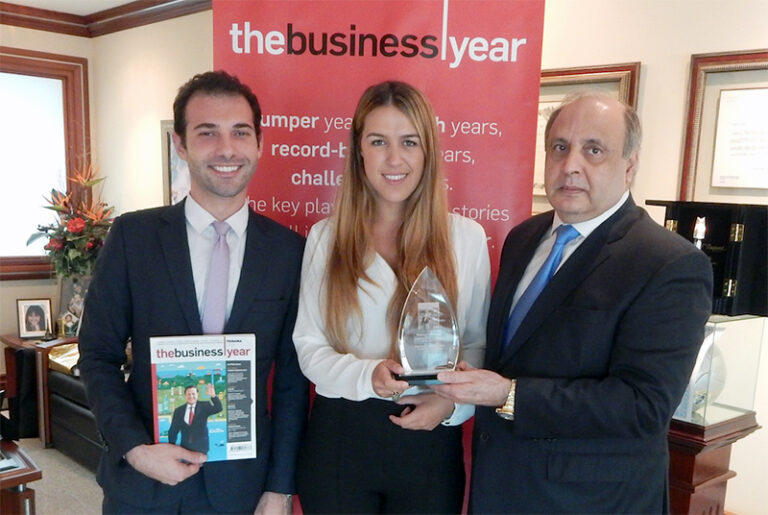 Edoardo Caccin, TBY Country Editor for The Business Year: Panama 2015, introduced the award by saying, “TBY presents a range of awards celebrating successes in all fields of business every year all the countries in which the London based publisher operates. On behalf of TBY, I am proud to formally recognize Grupo Wisa as one of the leading companies of the year in Panama. The recently launched Soho Mall represents a fundamental milestone for the development of the retail sector in Panama.”

“The Soho project is the main commercial investment project in the country,” stressed Cristina Villegas, TBY Country Manager. The ambitious project, an investment of some $360 million, is characterized by two office towers and one Ritz Carlton Hotel tower. In addition, the project features 120 stores including famous brands such as Louis Vuitton, Chanel, Dior, Prada, Valentino, Burberry, Fendi, Rolex, Carolina Herrera, YSL, Bvlgari, Bottega Veneta, Ralph Lauren, and many others.

Abdul Mohamed Waked Fares started his empire in 1984, when he established Waked Internacional, which today is known as Grupo Wisa, in the Colón Free Trade Zone. In 1992, he opened up the Duty Free Division, which currently has operations in 10 countries with 59 stores in 12 international airports in Mexico and Central and South America. In 1994, Grupo Wisa established local market subsidiaries in a number of Central and South American countries, and in 1996 the group started to open up local retail stores, which now total 66 in numerous countries.