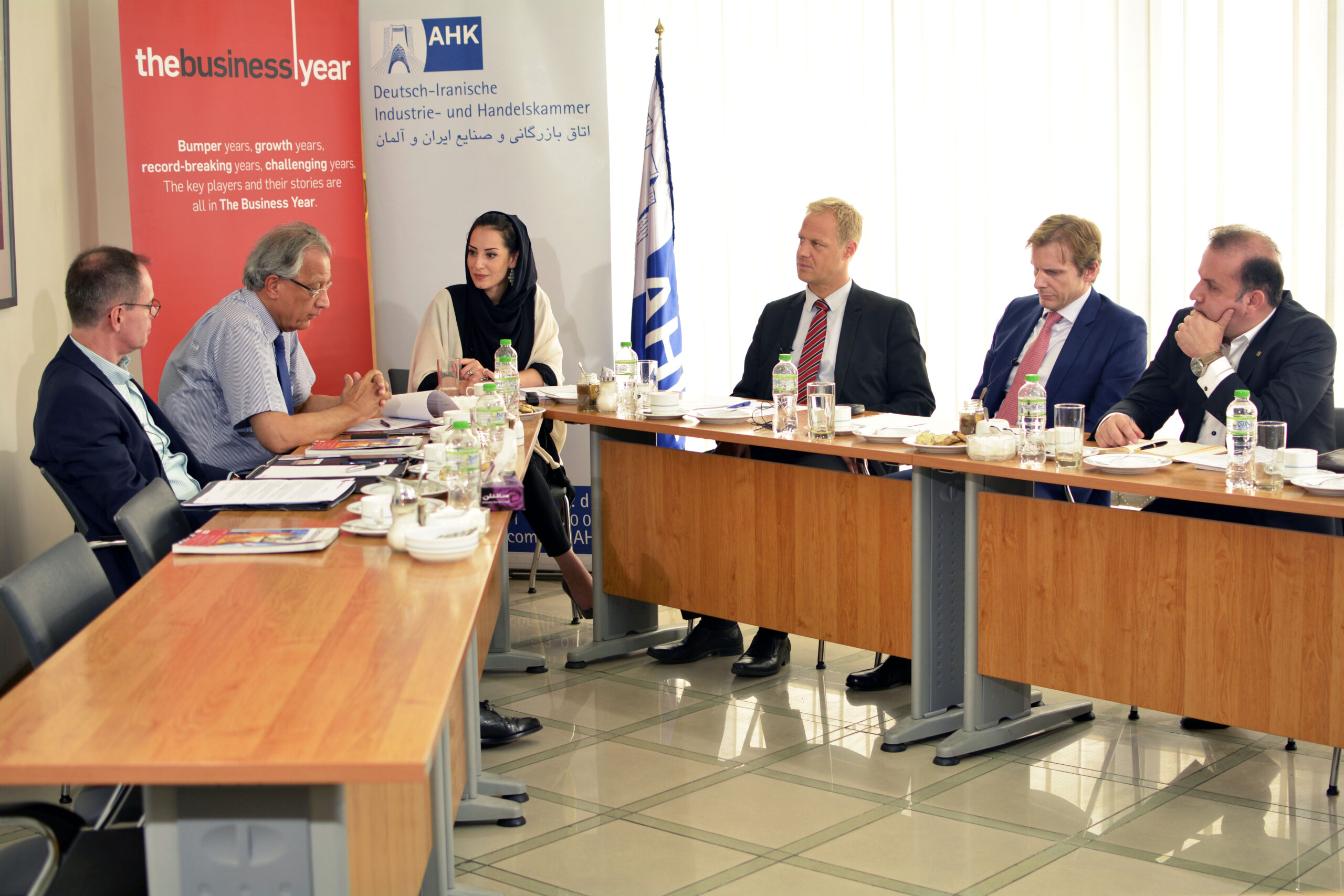 In cooperation with the German-Iranian Chamber of Commerce & Industry (AHK Iran), The Business Year held a roundtable discussion under the title “Roadmap to Reconnection: Iran-Europe cooperation after the JCPOA.” The event took part in Tehran and featured Dr. Mohsen Nayebzadeh, CEO of Siemens SSK; Andreas Schmidt, General Manager of Robert Bosch Iran; Catalin Sfrija, President of Henkel Iran; Farzad Amanpour, Senior Advisor to the Board of Directors of Saman Bank; and Arash Onsori, Director of International Affairs Department of the Bank of Industry & Mine. The debate was moderated by Cristiana Di Filippo, Country Manager of The Business Year in Iran with substantive input from Rene Harun, Managing Director of AHK Iran.

After years of economic isolation in Iran, the event reflected the current high level of global interest in the country following the lifting of sanctions, especially for European companies and investors. By gathering leading representatives from both Iranian and European firms, the roundtable aimed to shed light on the practical aspects of doing business in a post-sanction environment, and particularly the role of the financial system in fostering linkages between both economies. In this new era for the Islamic Republic, all the participants augured a bright outlook for the coming years, but agreed that the reconnection to the global economy will take time and effort from both sides.

The pending issue of trade financing between Europe and Iran emerged as a dominant topic of discussion. While many of Europe’s largest financial institutions remain hesitant to do business with Iran, some of the country’s most prominent banks like Saman Bank and the Bank of Industry & Mine have drawn up a plan to facilitate the cooperation between economies. Mr. Amanpour and Mr. Onsori stated their readiness to support European manufacturers and clarified their compliance with international financial standards.

An example of this fruitful cooperation was depicted by Mr. Sfrija, Mr. Schmidt, and Dr. Nayebzadeh. The representatives of Henkel, Bosch, and Siemens, respectively, three German companies with a long tradition in Iran, gave their advice on how to do business in the country and welcomed new foreign firms to the market.

The full text of the roundtable discussion will be published in The Business Year: Iran 2016. Both The Business Year and the German-Iranian Chamber of Commerce & Industry expressed their gratitude to the participants and their satisfaction for the result of the discussion.