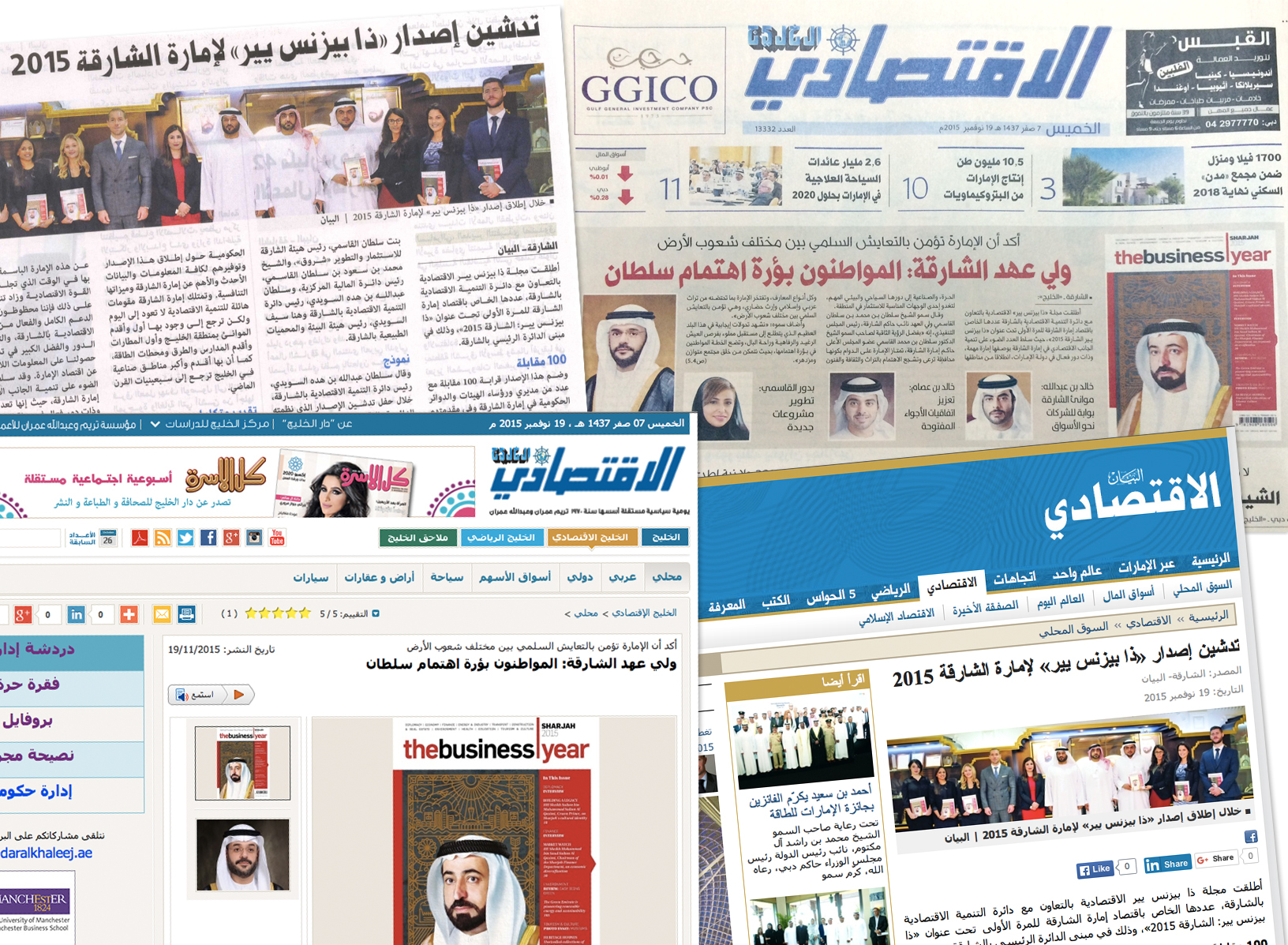 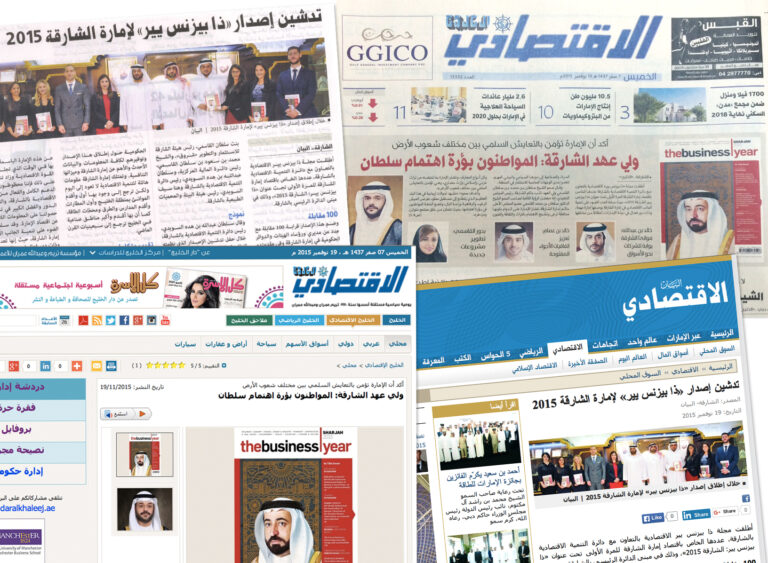 UAE, November 19, 2015—The launch of The Business Year: Sharjah 2015 has appeared in local media. Produced in partnership with the Sharjah Economic Development Department, the publication was launched at an event attended by the Emirate’s top business and industry leaders.