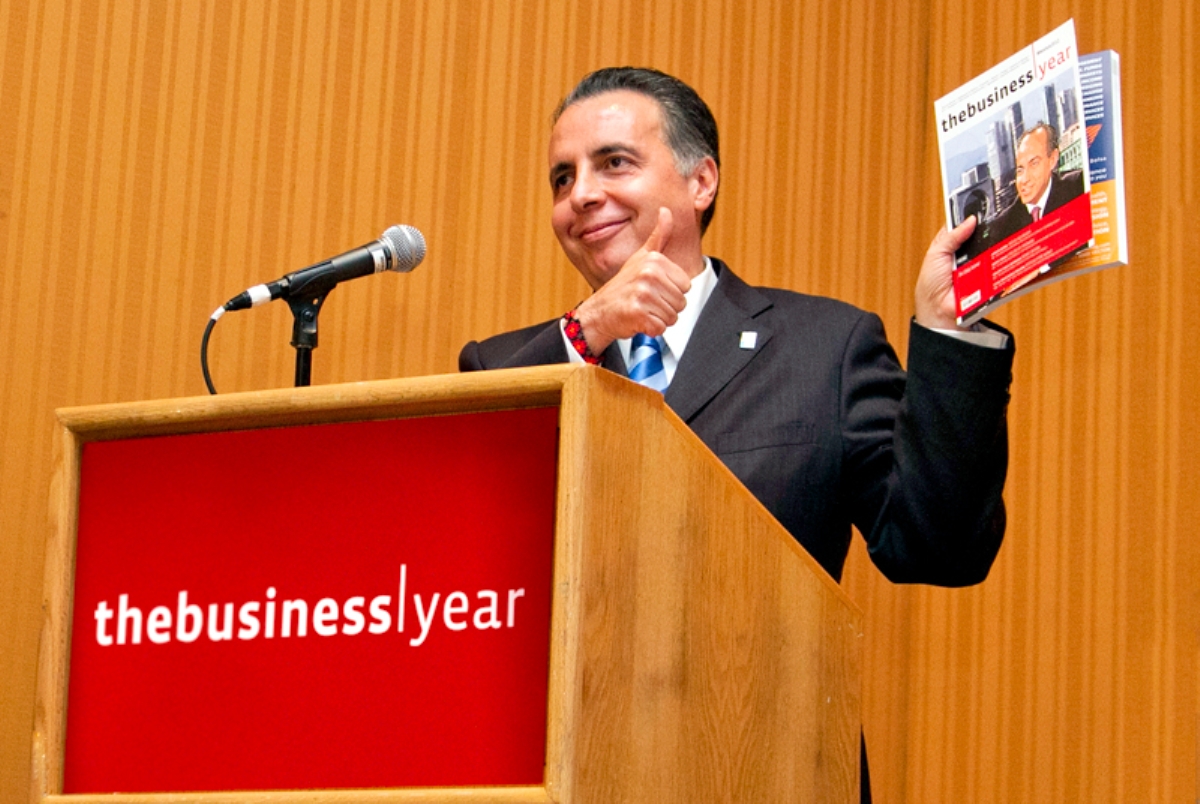 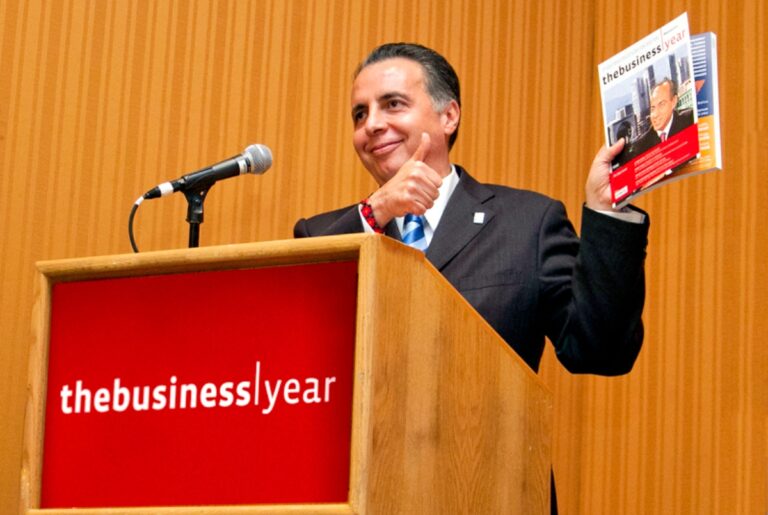 Mexico, August 21, 2012—Leading international business and consultancy company The Business Year (TBY) launched its Mexico 2012 publication at a breakfast conference in the InterContinental Hotel in Mexico City on Wednesday August 22. The launch of the 2012 report was attended by over 130 of the country’s leading business executives and public sector leaders, and featured speeches by the Secretary of the Economy, Bruno Ferrari García de Alba, the CEO and Director General of ProMéxico, Carlos Guzmán Bofill, TBY’s Mexico Country Manager Anna Raymi Marata, and the company’s Editorial Director, Jason J. Nash.

Bruno Ferrari, the Secretary of the Economy, congratulated TBY’s team for helping to reinvigorate pride in the strength of the local economy. He stated “historically there has been little positive talk about Mexico [domestically], and the efforts of TBY help us to see a different vision of the country and to understand how positively opportunities within the country are seen by the international community”. Ferrari also praised the “efforts being made to create the prosperous Mexico that we all want to achieve”, highlighted within the report. After reviewing the successes the country has achieved in the areas of financial responsibility, foreign trade policy, and regional integration over recent years, he stressed the need to continue reforms concerning the labor and energy markets to improve economic growth. Ferrari also stressed the need to balance economic growth with the development of the healthcare and education sectors, so as to “create a qualified workforce and, above all, talent.”

At the breakfast launch, Carlos Guzmán, CEO and Director General of ProMéxico, told the audience, “Currently, Mexico is one of the best destinations for investment, and this will continue in the future. It is enough to read the 220 pages of The Business Year to understand this fact.” He underlined that “Mexico was now in fashion” as a result of its “open economy, domestic market, human talent, privileged geographical position, solid industrial experience” and “our vocation in medium and high-tech production.” He revealed that according to research, Mexico was now the “third largest exporter of medium and high-tech products internationally” in GDP percentage terms, trailing only Germany and South Korea.

TBY’s Editorial Director, Jason J. Nash, commented on Mexico’s past decade of successful economic and trade diversification, and described the country as being at the “epicenter of a ‘generation of change.'” While characterizing Mexico’s NAFTA allies as a “strong component underpinning trade and development,” he saw that the “opportunities for future growth lie with the emerging economies of the South and in Asia.” He urged Mexico’s public and private sector leaders to utilize the opportunity presented by the passing of the 2009 PPP law to create a long-term strategic transport plan at a federal level. “More needs to be done to identify key projects, nodal points, and corridors that can upgrade Mexico’s transport system between North and South, East and West,” he advised the launch audience.