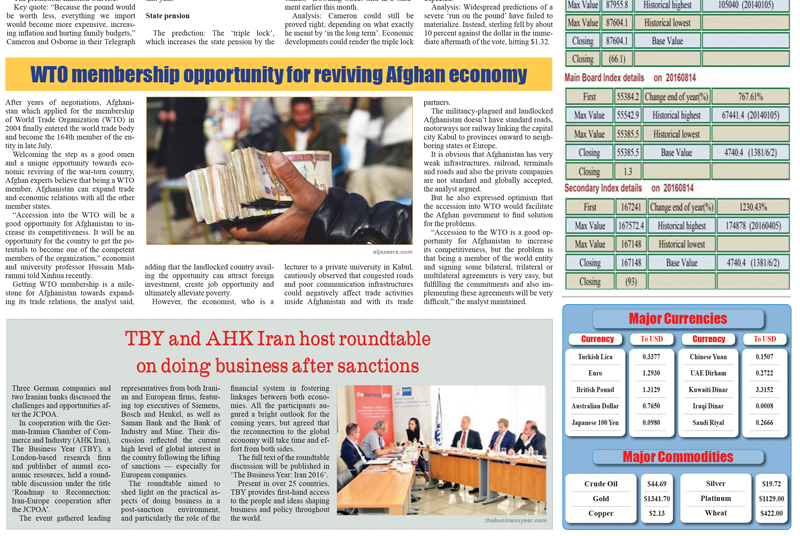 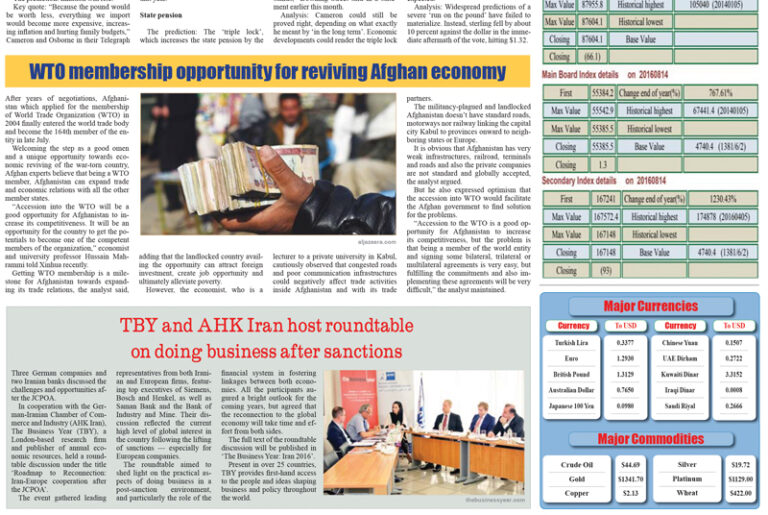 TBY recently held a roundtable in cooperation with the German-Iranian Chamber of Commerce & Industry (AHK Iran), under the title “Roadmap to Reconnection: Iran-Europe cooperation after the JCPOA.”

The event took part in Tehran and featured top executives from German companies such as Siemens SSK, Robert Bosch Iran and Henkel Iran, as well as from two top-tier Iranian banks like Saman Bank and the Bank of Industry & Mine.

The roundtable was covered by one of the leading Iranian newspapers in English, Iran Daily. The full text of the discussion will be published in The Business Year: Iran 2016.