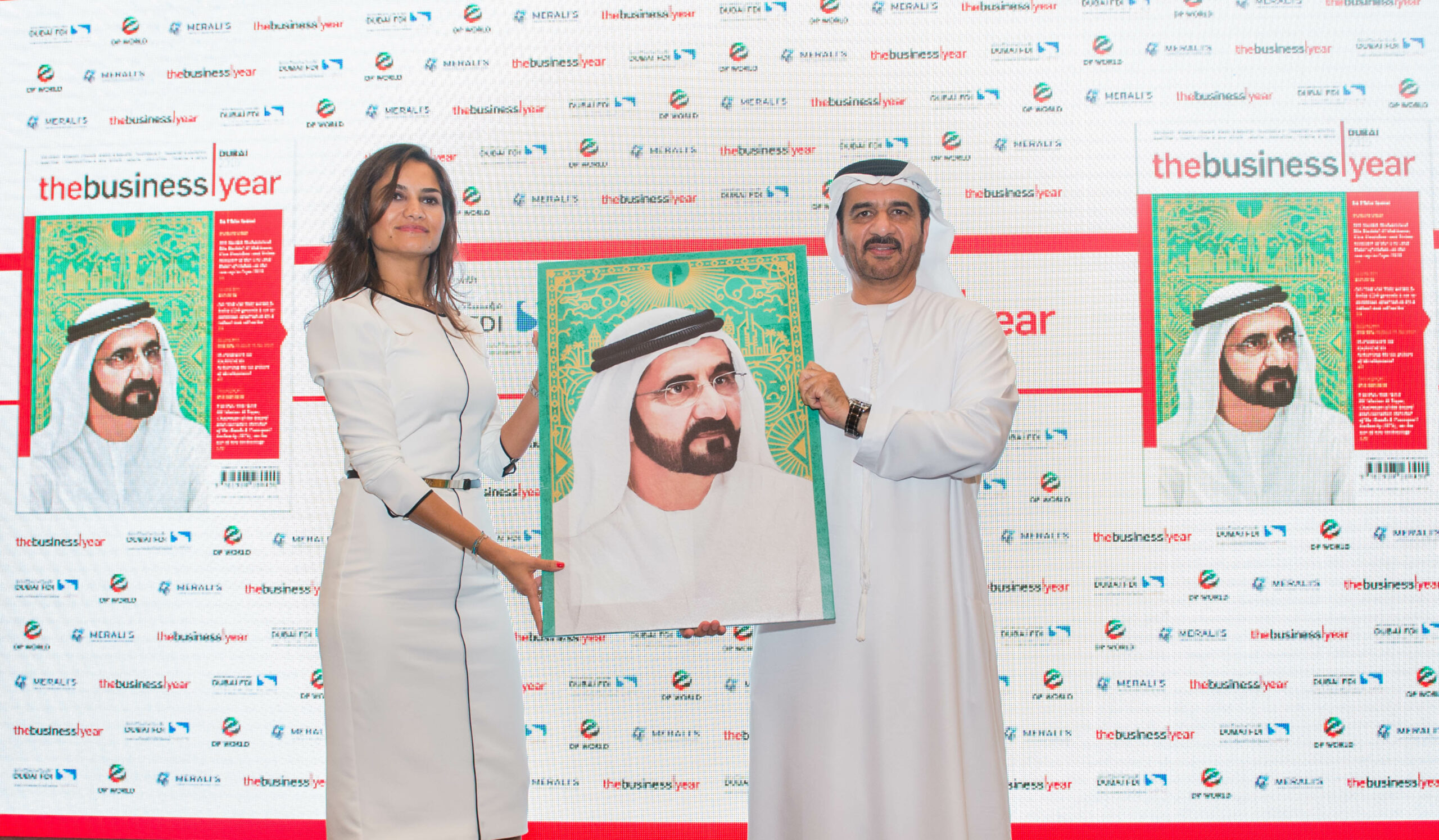 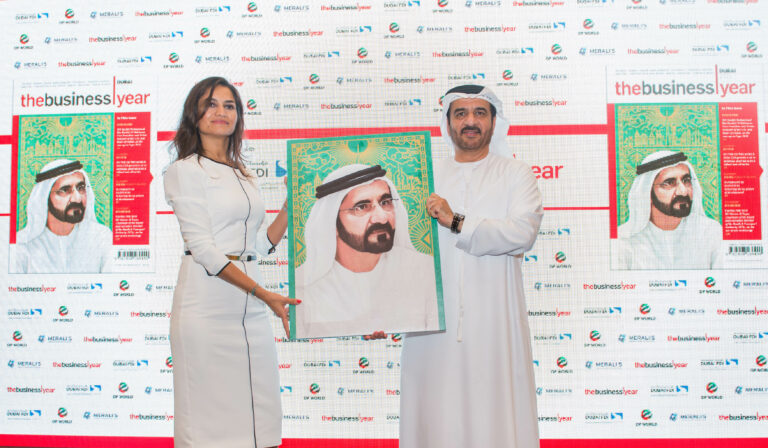 Dubai, October 26, 2015–Dubai Investment Development Agency (Dubai FDI), an agency of the Department of Economic Development (DED) in Dubai, in partnership with the international research and publishing firm The Business Year (TBY), recently launched The Business Year: Dubai 2015, a comprehensive update on the economic landscape in Dubai.

The Business Year: Dubai 2015 includes a foreword by His Highness Sheikh Mohammed Bin Rashid Al Maktoum, UAE Vice President and Prime Minister and Ruler of Dubai, as well as over 150 interviews with top executives and government officials.

Commenting on the publication, Sami Al Qamzi, DED Director General, said it’s important that Dubai updates the investor community worldwide on the emirate’s growth plan and the initiatives being launched across varied sectors, chiefly to boost economic diversification and reduce dependence on imports.

“Large viable projects have become a distinguishing feature of Dubai’s vibrant and diversifying economy. In addition, Dubai has witnessed the launching of important initiatives with various objectives: improve government services, keep up with new information technologies and align these services with the best practices in the world; transform the city into an environment friendly space; and seize new opportunities to diversify the economy notably through the initiative of “Dubai Capital of the Islamic Economy,” Al Qamzi stated.

The launch ceremony also saw TBY celebrating successes of five different companies in Dubai. Mashreq Bank was awarded Financial Partner of the Year due to its outstanding performance in 2014 and its efficient online banking solutions. Dubai Customs was named Innovator of the Year for its continued growth driven by a switch to the first 100% smart department in 2013. DP World was awarded Dubai Vision 2021 Contributor of the Year for supporting overall growth and diversification. The Roads & Transport Authority was awarded Green & Sustainable Company of the Year due to the implementation of 32 energy conservation initiatives and eight green economy support initiatives that will help reduce the city’s carbon footprint. Finally, China State Construction Engineering Corporation was awarded Contractor of the Year as it is the preferred contractor and a key investor in Dubai.

His Excellency Ahmed Mahboob Musabih, Director of Dubai Customs said: “Dubai Customs is delighted to be a part of The Business Year: Dubai 2015 by highlighting our role and the initiatives that helped our successful transformation as the first smart government department in Dubai in October 2013. We will continue to be creative and innovative in launching initiatives to keep our customers, employees and the public happy and accomplish our vision to be a leader in global customs in supporting legitimate trade.”

Fahad Al Gergawi, Chief Executive Officer of Dubai FDI, said the continuing partnership between Dubai FDI and The Business Year has contributed to growing investor interest and confidence in Dubai. “The main economic sectors continue to receive steady inflows of investment, including logistics, trade, and tourism, while further growth in investment has been recorded in emerging sectors such as education, healthcare, and green technology. We expect further economic and investment growth in the year ahead, as all the indications point toward an improvement across the board in all sectors.”

The publication focuses on key issues surrounding Dubai’s economic development as well as the role of Dubai in the international arena, especially the UAE’s efforts in keeping the peace within the region and Dubai’s International Humanitarian City as a major player in humanitarian aid.

Ayse Valentin, CEO of The Business Year, remarked: “The Business Year is proud to continue in partnership with Dubai FDI year after year. Through our annual economic analysis we seek to create an international platform for investors and businessmen worldwide. Dubai FDI’s expertise and knowledge have been key for the success of The Business Year: Dubai 2015. We both have a clear understanding of our role, which is to stimulate and sustain foreign investment in Dubai. This publication is a clear illustration of our mission.”

The Business Year: Dubai 2015 will reach a global audience of 97,700 readers via its print version, while a wider audience will be able to access it through TBY’s iPad, iPhone, and Android applications. The interviews are structured around the main sectors of the economy, including finance, energy and industry, telecoms and IT, transport and logistics, maritime, construction and real estate, health, education, and tourism. Vital facts and figures – at both the macroeconomic and microeconomic levels – highlighting specific projects, investments, and opportunities are also part of the publication.