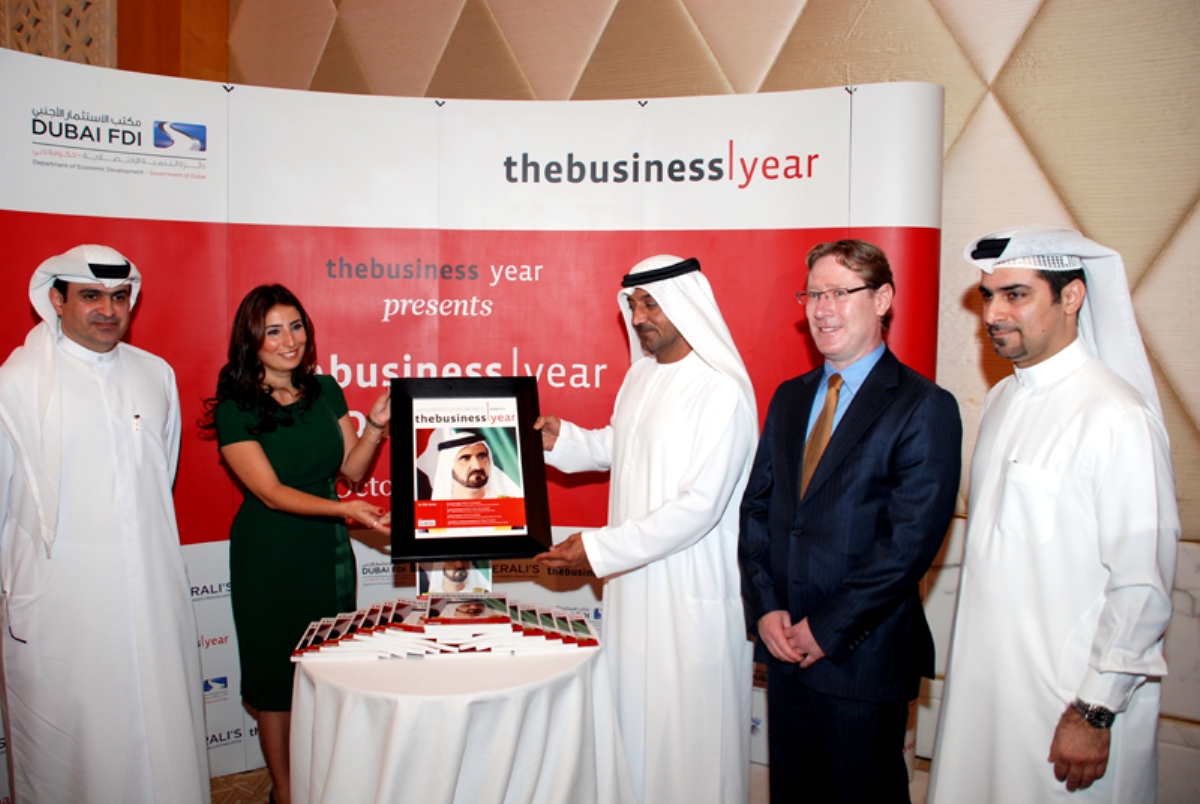 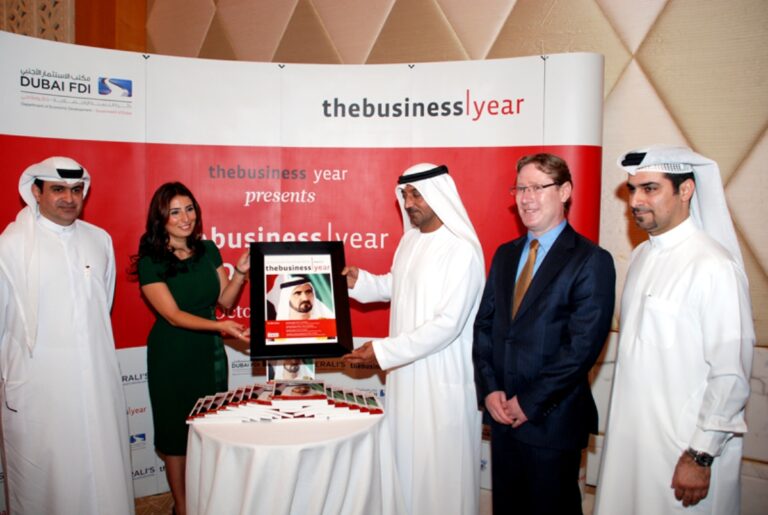 Fahad Al Gergawi, CEO of FDI, congratulated the TBY team for providing a high-quality and intelligent business guide that will be extremely beneficial to foreign investors worldwide. He stated, “it’s a first-hand account of how Dubai makes things happen.” He went on to explain that Dubai’s business landscape has experienced remarkable changes recently and “The Business Year: Dubai 2012 captures those changes with authentic testimonials on their outcomes from the businesses and global trade.” During his speech, Fahad Al Gergawi spoke of Dubai’s “unique abilities in sustaining prosperity in the new world” and also expressed the “significance [of Dubai] as a catalyst for global trade.” Al Gergawi also highlighted Dubai’s geographical advantage for international trade as well as recent initiatives by the government to maintain its high levels of economic activity.

Another key speaker at the launch was HE Sami Al Qamzi, the Director General of DED. He also praised TBY on the way it “covers key sectors including finance, industry, retail, energy, green technology, ICT, transport, telecommunications, real estate, health, and education.” Al Qamzi spoke of the Emirates “iconic institutions” and how the people of Dubai had “opened doors to innovative ideas and talent, and turned adversities into opportunities.” Like Fahad Al Gergawi, HE Sami AL Qamzi expressed the importance of Dubai’s geographical location, “standing at the center of trade between the Middle East and Asia linking Latin America, Africa, and beyond, Dubai is shaping and catalyzing this new world of trade and investment flows.” Al Qamzi also stated his belief that the future was bright for Dubai, as it becomes a global hub as “economic activity as well as capital shifts to new trade centers in the emerging markets.” The Director General finished by congratulating TBY for its ability to convey the business community’s insights; “you will find the best minds that lead Dubai’s evolution into an economic nerve center of the future sharing their knowledge and critical insights.”

TBY’s Jason J. Nash commented on Dubai’s tradition of trading and how this had allowed it “to become a global entrepôt whose influence extends well beyond the Arabian Gulf.” He commented on the UAE and Dubai’s successful growth figures for 2012 and also went on to express a need to remember “external factors,” that could affect growth such as “the movement of capital and trade from traditional western economies to high growth areas in Asia.” However, Nash expressed how “Dubai is far from naïve” and “has demonstrated leadership as a safe and successful place to do business for all the good times and the hard times.” He also mentioned how the “Arab Spring” had underlined Dubai’s position as a “stable location of operations.” He continued his speech by discussing Dubai’s swift development and how he was impressed that “in such a short space of time Dubai has transformed itself into being a city that others emulate around the world.” He finished by saying “what has made the Emirates such a world-class center is a combination of welcoming traditions and the entrepreneurship of Dubai’s national population as well as the aspirations of those who have come from all corners of the globe to take part in the Emirate’s transformation.”