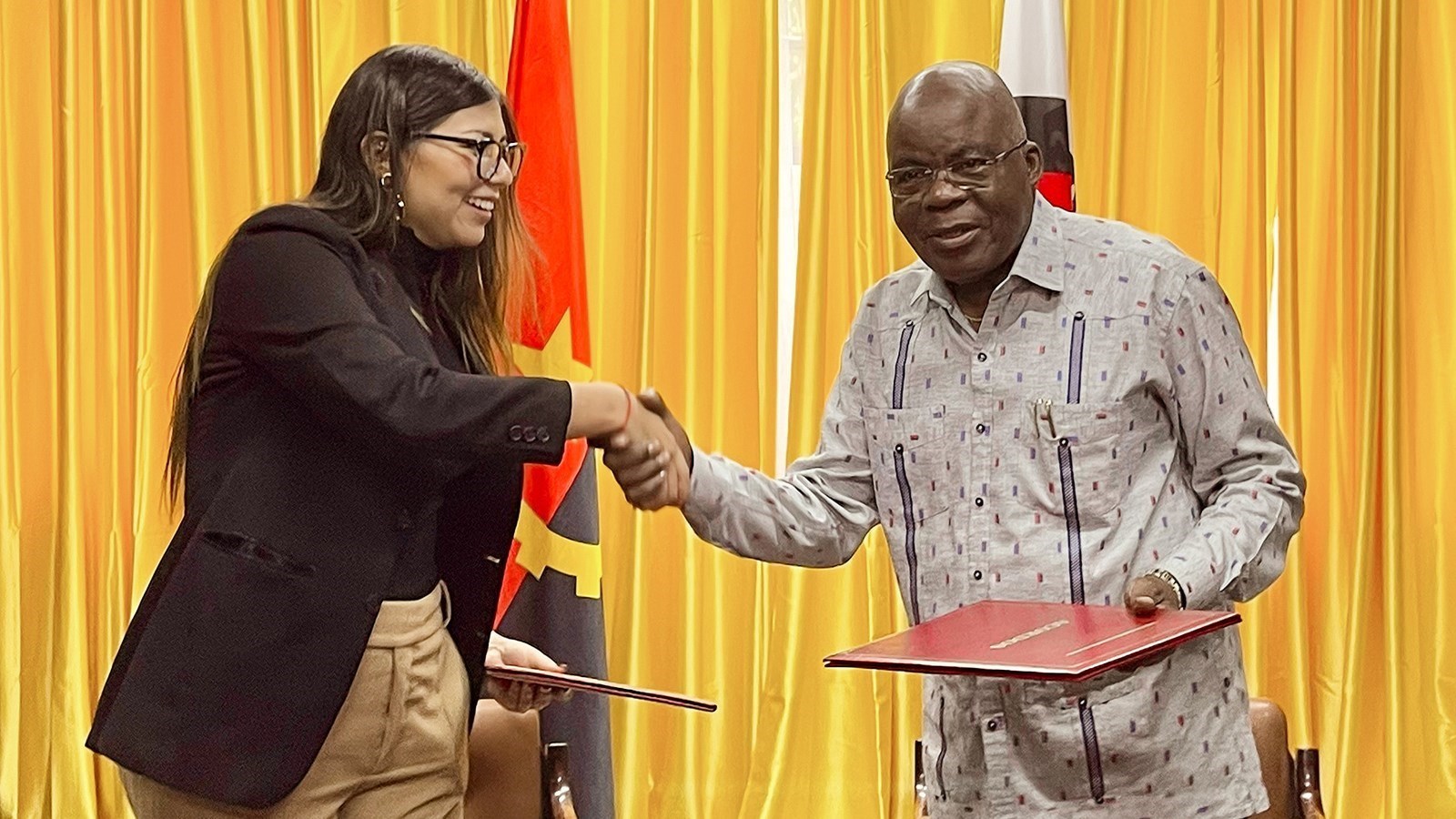 Chamber of Commerce and Industry of Angola (CCIA) MoU

Luanda, June 14, 2022 – The Business Year (TBY), a global media company dedicated to supporting emerging market investment, and The Chamber of Commerce and Industry of Angola (CCIA), which promotes the social and economic development of Angola by increasing commercial relationships with the rest of the world, agreed to maintain existing cooperation between both parties by signing a memorandum of understanding (MoU).

The signing took place in Luanda, Angola, between Vicente Francisco Soares, President of the CCIA, and Frida Torres, TBY Country Manager for Angola.

The coverage outlined in the MoU focuses primarily on the fields of oil and gas (Angola is the second largest oil producing country in sub-Saharan Africa); agriculture (a sector that employs over 30% of the workforce in the country); and mining (the country holds extensive mineral resources).

A total of 11 sectors of the Angolan’s economy will be assessed in The Business Year: Angola 2023.

With over 150 interviews, the publication aims to intensify Angola’s relationships with different countries to help the economic acceleration of the country itself. The main strategy is to give a voice to local companies in international markets, and the coverage will feature insights from a wide range of local business leaders and government entities across all sectors that will shed light on the major themes and trends driving the Angolan economy.

The agreement was signed after taking into consideration TBY’s experience as a global media group that has been providing investors, businesses, and governments with first-hand insights into the world’s most dynamic markets and sectors for over a decade, and the Chamber’s position as a vital organization for the promotion of business opportunities within the country.

TBY’s publication will be distributed domestically and globally for over a year, showcasing market opportunities in the Angolan community. All interviews and content will be also available on key business information platforms, including Bloomberg Terminal, Refinitiv Eikon, Dow Jones Factiva, and FactSet. It will also be available on PressReader, Google Books, and at www.thebusinessyear.com.