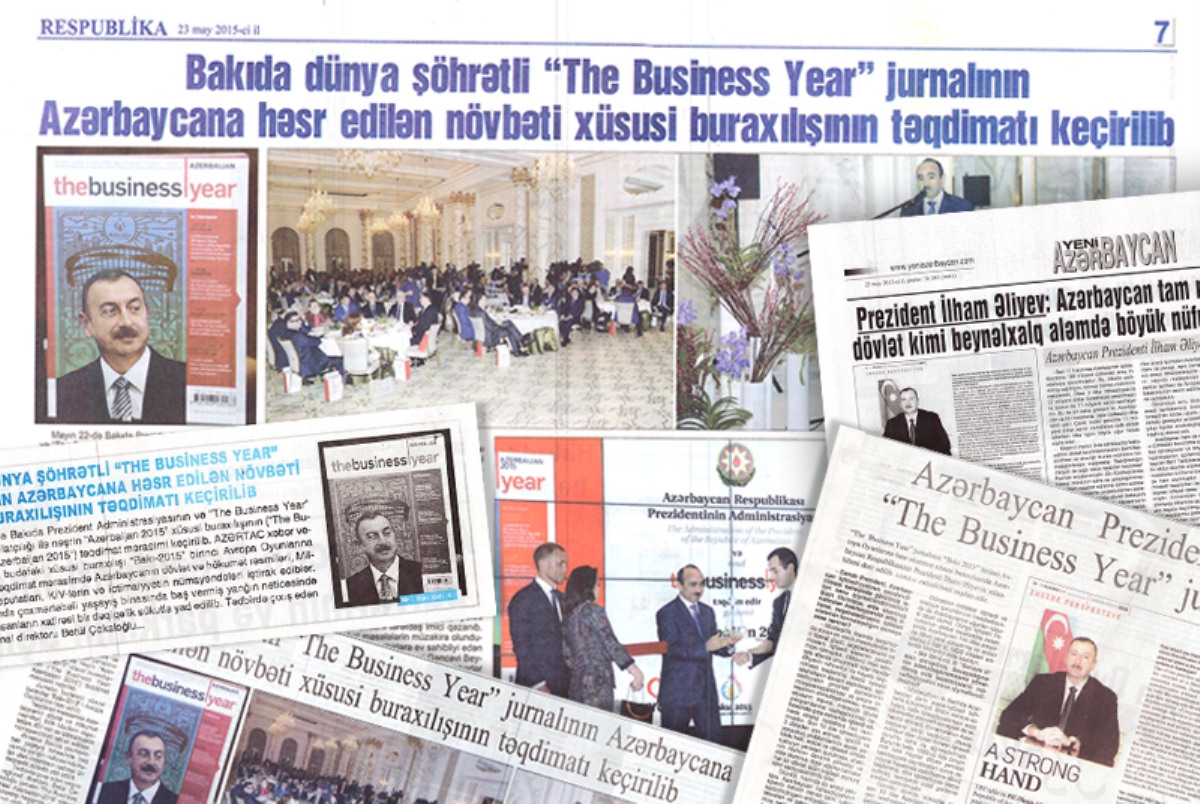 Azerbaijan 2015 launch in the press 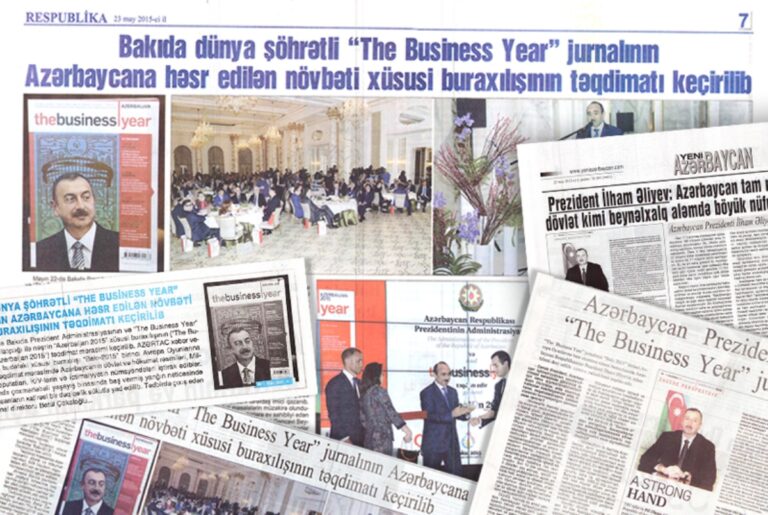 Azerbaijan, May 23, 2015—The successful launch of The Business Year: Azerbaijan 2015 at the Four Seasons in Baku hit headlines the next day, the well-attended event attracting much media attention. The publication consists of over 120 interviews with top executives and government officials, including a special contribution from the President, HE Ilham Aliyev, in which he discusses the strong performance of Azerbaijan’s economy, the upcoming First European Games to be held in Baku, and the 2015 Year of Agriculture. In his keynote address, HE Dr. Prof. Ali Hasanov, The Aide to the President of the Republic of Azerbaijan on Public and Political Affairs, Head of Department for Public and Political Affairs, 1st Grade State Councilor, said, “2015 is a landmark year for Azerbaijan. The First European Games is a monumental event for our country. It not only highlights the strength that Azerbaijan has in terms of hosting international events, but it has emphasized how sophisticated national development has been. We are delighted to partner with The Business Year for the fifth year in a row, and the research has once again provided the international community of investors with the most up-to-date and insightful publication on Azerbaijan’s economy.”