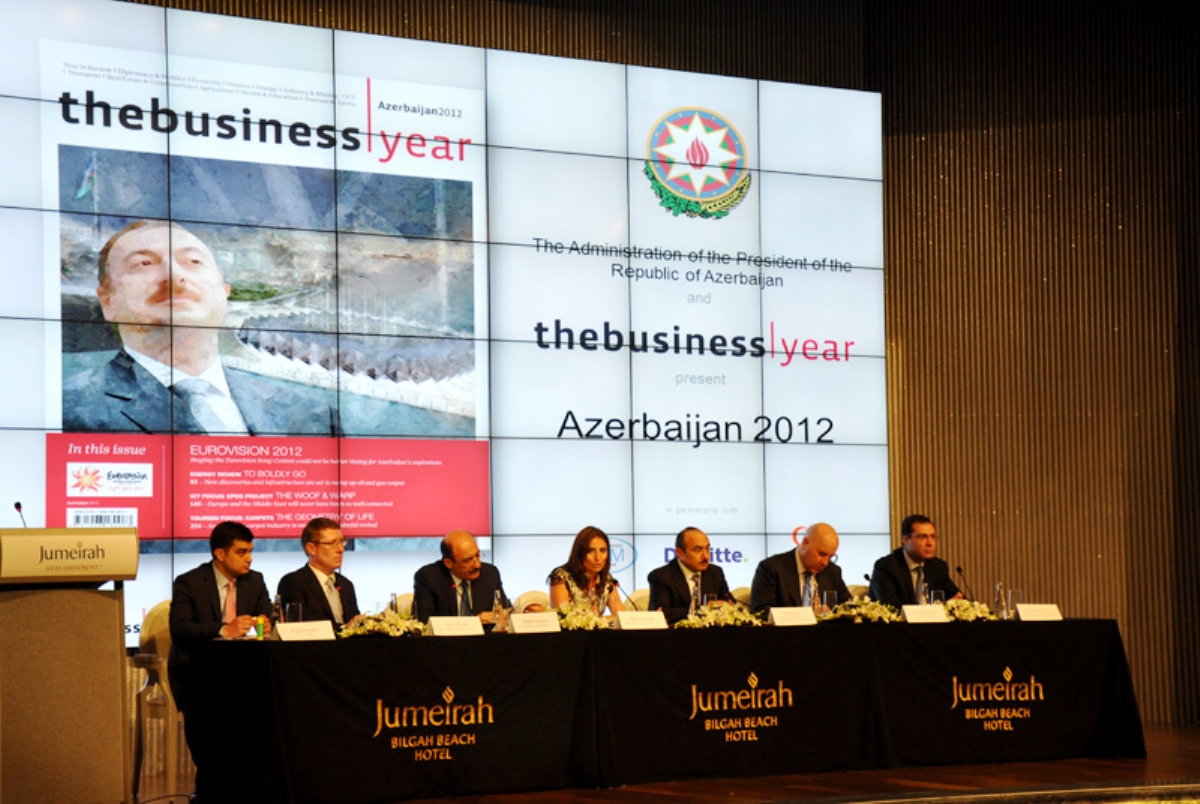 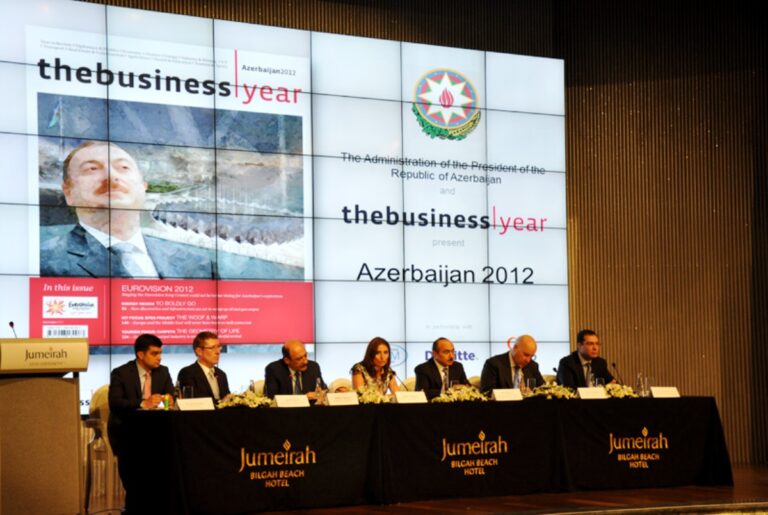 Azerbaijan, 8 May 2012—The Business Year: Azerbaijan 2012 was launched in Baku at a ceremony held in the Jumeirah Bilgah Beach Hotel attended by government officials, local and international business leaders, as well as members of the public. Compiled after interviews with over 150 officials and businessman, the publication is TBY’s second on Azerbaijan and comes as the country is gearing up to host the Eurovision Song Contest 2012. Speakers at the event included Ali Hasanov, Head of the Department for Public and Political Issues at the President’s Office; Abulfaz Garayev, Minister of Culture and Tourism; Elman Rustamov, Governor of the Central Bank of Azerbaijan Republic; Shahmar Movsumov, Executive Director of the State Oil Fund; and Rashad Gasimov from the Gilan Holding Board of Directors.

The Business Year: Azerbaijan 2012 includes interviews with President Ilham Aliyev and First Lady Mehriban Aliyeva, as well as major players in every sector of the economy.

The publication was produced in partnership with the Administration of the President of the Republic of Azerbaijan.