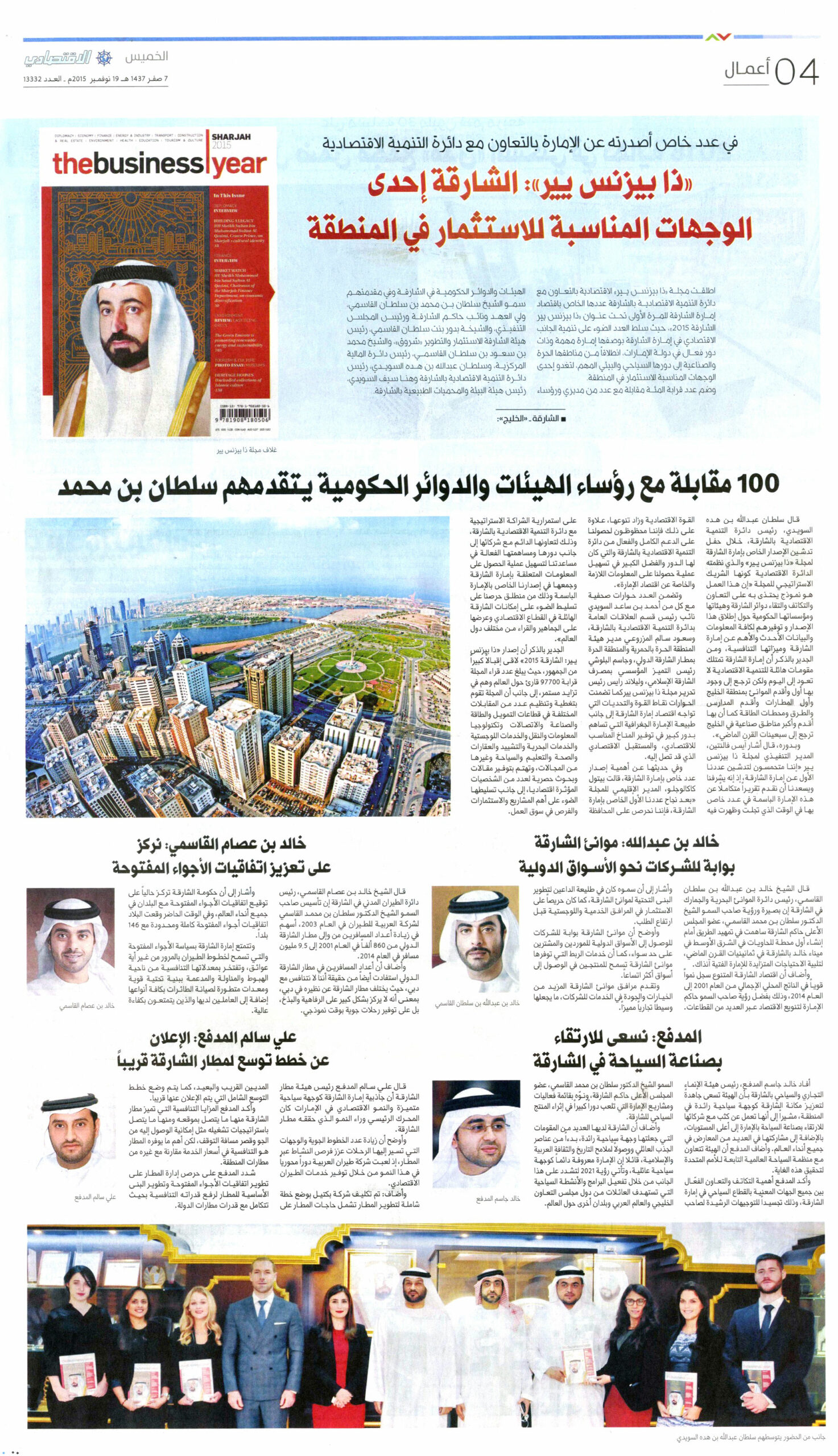 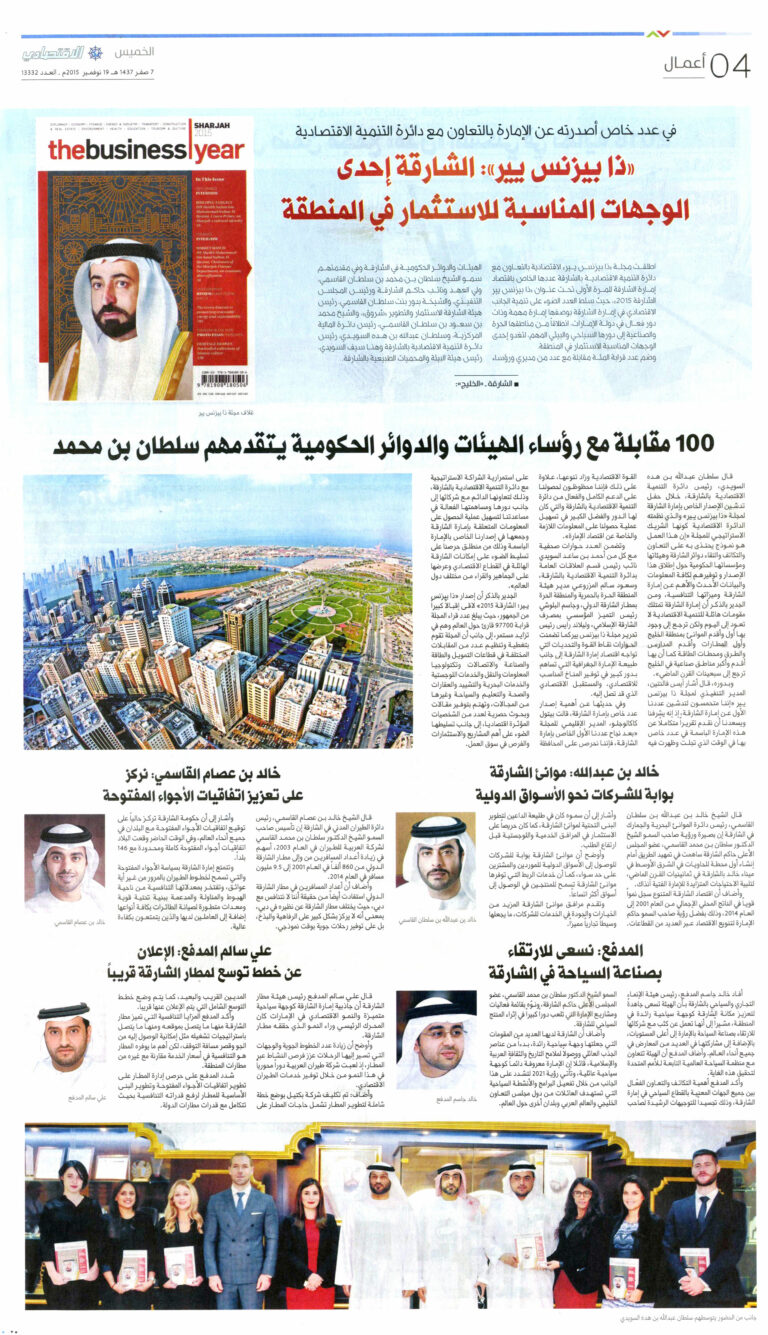 UAE, November 19, 2015—Al Khaleej has published an article on the successful launch of The Business Year: Sharjah 2015. Produced in partnership with the Sharjah Economic Development Department, the publication was launched at an event attended by the Emirate’s top business and industry leaders.