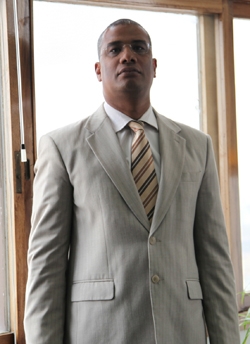 Danilo Nala is lawyer by profession with over 15 years of training. He received his degree from the Eduardo Mondlane University in Maputo. He started his professional career in the public sector in the Customs Authority, where he reached the position of Customs Deputy Director General. He then moved to the Tax Authority as the Deputy Director General in the internal control area for 10 years. He started GAZEDA in 2007.

Share on:
To what extent will special economic zones be the engine of Mozambique’s economic growth? We started to approve projects in 2009, and some of them are entering into production this […]

To what extent will special economic zones be the engine of Mozambique’s economic growth?

We started to approve projects in 2009, and some of them are entering into production this year. Many projects are still in the construction phase, and we are focused on building factories and importing the needed capital equipment. We will probably see the effect of these special economic zone (SEZ) projects in the next three to four years. We are also expecting more foreign investment that will contribute substantially to the economy, because we are talking about industries and services that are not related to anything that is already here.

Which sectors are being targeted for investment in the Nacala SEZ?

The SEZs are for a wide range of activities, from industry and agro-business to services. We are promoting investment in tourism, and there are also areas for heavy industries such as iron ore, fertilizer plants, and chemical plants for gas in Nacala Velha, at the other side of the bay, as well as areas on the south side of the bay where we are promoting more assembly lines for electronics. Current indications show that there is very strong participation from agribusinesses in Nacala. We are in a region that produces many things, and we are mainly promoting agro-business because we are close to a port, and we also aim to increase exports as well.

How would you characterize the size and source of agribusiness investment?

More than 60% of the investment as a whole is national. From that, around half is agro-business. Foreign investment will grow, and we expect it to become larger than the national investment pool. The top contributors of foreign investment are Portugal, Tanzania, and China. The projects that have been approved since 2009 are all small and medium sized, ranging anywhere up to $15 million.

What sort of industry are you expecting to set up shop in Beluluane Industrial Park, the industrial free zone near Maputo?

Beluluane Industrial Park was created to support Mozal, and until now 90% of the businesses located in that area support Mozal; some 25 of the 26 companies working in the park are working with Mozal. Export-oriented industries have not yet been developed there. In 2012, a new company was established independently from Mozal, and that is the only company in the industrial free zone that is producing and exporting. At present, we are in the process of improving the management structure of the park. There are about 700 hectares of land available, but only 50 hectares have been utilized so far. Much of the land has not been used since 2001. There are two types of industry that we are looking to target. In the northern part of the park there is land that was reserved for heavy industry like cement factories. Some of this land has already been purchased. It is also reserved for some industries that are using aluminum as a raw material from Mozal, and there are also some companies that are electricity-intensive. On the east side of the park, we aim to develop several assembly lines based on the competencies of the companies we are working with.

How does Gazeda work with the airport authorities to plan how best to link the SEZs with transportation infrastructure?

All the transportation studies that have been made in Nacala’s SEZs are going through Gazeda. We have completed two feasibility studies in partnership with our Japanese counterparts on the area rehabilitation and expansion of the port that was made here in partnership with a Japanese firm. This study has finished, and we are securing funds for its rehabilitation from Japan. Gazeda is seeking investment in infrastructure, and we are a part of the negotiations, including the Ministry of Transport. Additional transportation infrastructure, the nearby port, the coal ports, and the petroleum ports, are all included in the master plan.