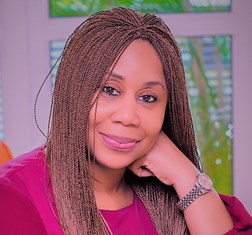 Yinka Ogunsulire is a real estate professional with a background in property investment and development. Prior to joining Orange Island Development Company, she served as CEO of Heirs Real Estate and ARM Properties Plc, the property subsidiary of Asset and Resource Management. She also worked with Capital Alliance Nigeria as vice president in charge of the real estate fund and managed the property portfolios of National Bank of Nigeria and UBA Trustees Limited. She is a fellow of the Royal Institution of Chartered Surveyors.

Share on:
Orange Island Development Company is already looking ahead toward other projects to further leverage on its brand and expertise.

What is the status of the Orange Island project?

We have completed the first phase and begun the second, of which we have finished around 40%; it should be concluded in 2Q2022. Phase I was substantially delivered on schedule but we are behind schedule on Phase 2 because of COVID-19 and the resulting stoppage of work and supply chain issues. We are, therefore, playing catch up, and so far, so good. As for the first phase, we are at the stage now where many of our buyers are going through the government planning permit procedure. However, we are talking to the state government about working in tandem with it to execute the approvals, whereby we would undertake all the checks as outlined in the State Government Approval Order and sit down with the team from the Ministry of Physical Planning to ensure our permits are issued quicker and more efficiently. This would give our buyers a measure of comfort in a market where government approval is notoriously slow.

What trends are you seeing in the construction space?

There has been a significant appreciation in land value. If you had asked me in 2020, I would have said 2021 would have been a depressed year for property, but in fact we have seen the opposite. There is considerable activity and demand in the market. Nigerians tend to buy land in times of uncertainty. Also, because of the devaluation of the currency people feel the need to invest their accumulated wealth in real estate. In addition, the central bank has made it difficult to take money out of the country, which limits investment options.

Is the current land price appreciation affecting developments of similar infrastructure across Lagos?

Yes, it is. On Banana Island, land is currently at about NGN900,000 per sqm, and no one understands why. There is a bubble, as there has been a sharp increase in interested buyers but not enough to meet demand. There just seems to be cash in the system for some reason. In real estate, location is important. At Orange, our land values are nowhere near those of Banana Island. Our closest comparable is Lekki Phase 1 as compared to Ikoyi for Banana. There is always a relationship between the value of the surrounding land, although typically the value on an island commands a premium because of a mix of things including private management, perception and quality of construction. The access road has yet to be completed, because there are now several concessions in the Lagoon around Orange Island. We expect to see some upward movement in land values once the access road has been completed.

What is your outlook for Orange Island over the coming year?

We are transitioning from the development phase into the operations part of the business as buyers start to build their homes, and the infrastructure begins to be utilized. Eventually, control of the management of the island will be handed over to the homeowners’ association. This is best practice and a better solution than the developer holding on to the management and operation. In the next three to four years, Orange Island Development Company should have fully exited as developers. We now have a project execution company that will manage other projects and leverage on the brand and the expertise we have developed executing and implementing this project. We have a few projects coming on stream in Ikorodu, which is earmarked as a new growth corridor like the Lekki Peninsula used to be and which the state government is focusing on. There is also a 25-ha parcel in Lekki that we are rolling out. We also have a scheme just beyond the Third Mainland Bridge, at Oworonshoki, though all are at an early stage. Uncertainty and the security issue in the country remain a serious problem for us. We, therefore, have to make the right call on when to roll such projects out.