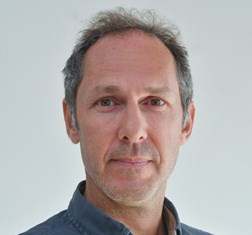 Through Capital Concept, Yasser Akkaoui launched the Shareholder Rights initiative on environment, social, and governance (ESG) initiative in collaboration with UN Lebanon, IFC, and EBRD. He is a member of the OECD’s Taskforce of MENA Stock Exchanges for Corporate Governance and the Chair of the Lebanon committee of Human Rights Watch. Akkaoui is a founding member of the Lebanese Center for Policy Studies and a business ethics instructor at the American University of Beirut.

Share on:
K Concept is convinced Lebanon will naturally become attractive to investors once it tackles corruption and seriously commits to global principles and standards.

What is the vision behind Capital Concept?

Capital Concept is a corporate governance and ESG advisory firm; we advise our clients on complying with ESG principles and standards that uphold best-in-class business environmental, social, and governance practices. We have advised the biggest corporations in Lebanon and the region on how to comply with these practices. Our shareholder rights are proprietary methodologies developed with UN Lebanon, IFC, and EBRD. While they are anchored in UN Business and Human Rights Guiding Principles, they are also aligned with investor expectations. In 2014, we also launched a not-for-profit initiative, the governance and integrity rating (GIR), whereby we do research on corporate practices and open-source investigation of banks, collecting all publicly available information. Based on our findings, we rate them and advocate for change, holding corporates responsible for their behavior. To preserve our full independence, we do not give awards or glorify anyone. This triggers a positive inflection point in corporate practices. Among the 1,486 companies that we rated in 2015 and 2017, the ones that achieved excellent ratings sought to retain or improve their ratings while those with low ratings worked hard to improve them. We also have a whistleblowing mechanism; if any stakeholder feels their rights are being infringed, we investigate the violation and expose bad practices.

How would you summarize your findings?

The banking industry and finance sector are the quickest to adapt and adhere to best practices. All companies that do not belong in highly regulated spaces still drag behind, while banking and financial institutions generally work hard to demonstrate their commitment to the best environmental, social, and governance practices. These financial companies demonstrated a more resilient risk posture in the last 20 years and a stronger ability to absorb shocks. These companies were also able to grow in value faster than companies that are not ESG compliant. Our research exposed higher levels of volatility, turnovers, bankruptcy rates, and insolvency within companies that are not compliant. Thus, given the public administration reforms on the horizon, the banking sector can stand out as an example of transparency and efficiency for our policymakers, and it has been so at least for the last 30 years. Lebanon has to start with serious soul searching to understand that the cost of corruption is much bigger than that of virtuous practices, and that adherence to transparency brings undeniable benefits. The process of dismantling a system that is corrupt at the core will take a long time, though now is the moment to start.

What are your thoughts on McKinsey’s Lebanon Economic Vision report?

The problem with the McKinsey report is that it was published at a time when people were expecting something totally different, i.e. an economic plan to save Lebanon with precise recommendations and a vision of the type of economy to adopt. Instead, the report serves as an analysis of the productive sectors in Lebanon. Moreover, the report did not take into account basic principles such as food sufficiency or energy independence, which are strategic for any nation but were left out in Lebanon’s case. The report also ignores essential parts of the social contract behind state and citizens, such as poverty, education, gender equality, and so on. The government’s priority is to fight corruption; unless we seriously tackle the problem of corruption, I do not see any chance of saving this country. The government should seriously demonstrate its ability to at least make sure judicial oversight is independent. If we can tackle corruption and seriously commit to these principles and standards, Lebanon will become attractive to investors. If we can commit to best-in-class practices and send the right signals to the international community, then we do not need the USD11-billion CEDRE loans and grants, as Lebanon has the potential attract so much more than this. I am pleased the international community is willing to lend us USD11 billion; however, I would rather be attractive to investors than lenders.