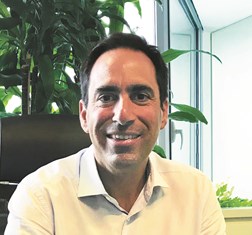 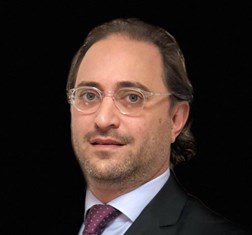 Share on:
Given Lebanon's excellent potential in solar and wind, there has been a rapid jump from conventional to renewable energy.

Can you give us an overview of your wind farm project?

ALBERT KHOURY Hawa Akkar is the first big-scale wind farm project in Lebanon, located in Akkar in the north, with an installed capacity of 70MW. It is the first PPP project in Lebanon. Hawa Akkar will build, engineer, and operate the windfarm for 20 years, and the government will receive the benefits of electricity in a part of the country where it is needed. The Hawa Akkar wind farm will enable Lebanon to increase its renewable energy production from 8% to 12% by 2020. There is plenty of potential for cooperation with regional producers, and we seek an investor and are approaching some major companies. We hope to have a contract announcement in April with leading companies that want to invest in the country. Our aim is to kick off construction by 3Q2019 and be operational by March 2021. At the moment, we are coordinating closely with European Bank for Construction Development on the environmental side. As Lebanon has no experience in the sector, it is important to follow international standards. Although the society of Akkar is predominantly rural, we have found it to be receptive to change and development. We have done seven public meetings thus far where we explain why it is important for companies to care about the environment. The response has been overwhelmingly positive, as we have had fantastic support from local municipalities. It helps that we are a Lebanese company with an excellent understanding of local behavior and culture.

SALAH M. TABBARA Sustainable Akkar was created with the aim of finding environmentally friendly energy solutions for Lebanon through the harvesting of wind power. According to Garrad Hassan’s Lebanon Wind Atlas, Jabal Akroum, Aandqet, and Fnaidek in the Akkar region of Lebanon are one of the best areas in the Middle East in terms of wind resources. In 2012, the Ministry of Energy and Water handed out three licenses to Sustainable Akkar, Lebanon Wind Power, and Hawa Akkar to generate 200MW from wind energy for a period of 20 years. The council of ministers empowered the Minister of Energy and Water to execute a power purchase agreement (PPA) that was signed on February 1, 2018 with each of the project companies with a deadline of 18 months to reach financial close and an additional 18 months to reach commercial operations date (COD). We are setting a precedent for the government, and this model can be used again in the future to develop the country’s renewable energy sector. Despite initial hesitations due to the innovative nature of our venture, we found the government highly receptive and eager to implement the project and were fortunate to have the right advisors and consultants who helped us navigate the process.

What potential do you see for PPPs in the future of Lebanon?

AK The PPP model and the private sector’s involvement is the future model of infrastructure development; the government is serious in this sense and is giving us the support we need. There is zero debt for the government, as the private sector is taking responsibility for everything. The PPP model also enables quicker times and higher efficiency. A clear advantage of wind or solar energy from the perspective of the government is energy supply security, because Lebanon does not have a local energy source, and its energy mix depends entirely on oil and gas imports. Thus, in terms of employment, environment, and government spending, this is an extremely positive project for the country. We sell to the government at an average price of USD0.096 over 20 years; compared to what is being paid for electricity for private generators—around USD0.30— this means millions of dollars of savings for the economy. This will also mean savings for private customers, as the cost of a generator is an additional USD200 than what would be needed if there was 24 hours of electricity. Moreover, our work will pave the way for future companies to come in and invest, making us pioneers in the country.

What impact do you seek to have on Lebanon’s electricity sector?

MICHEL CORDAHI Lebanon has been going through an electricity supply crisis for a long time, significantly impacting its economy. Lebanon currently produces 1.8-2GW of electricity, while demand is 3GW and reaches 3.5GW during peak seasons. The deficit costs the government around USD2 billion a year. To cope with this deficit of supply, most Lebanese households resort to private generators, which create an additional layer of cost and are highly polluting. The total installed capacity of the two wind farms Akkar Sal (SA) and Lebanon Wind Power (LWP) is around 160MW, while the average quantity of electricity generated will amount to around 40% of the installed capacity. Though insufficient compared to Lebanon’s total needs, this project will pave the way for more projects to fill the deficit gap. This PPP model is the way forward for Lebanon to efficiently restructure its electricity sector, with the contribution of the private sector as investors and the international financing institutions as lenders. Moreover, the wind projects are a significant step toward fulfilling Lebanon’s international commitment to reach a green energy output of 12% of its total energy production by 2020 and 30% by 2030.

How are local communities involved in the project?

SMT We care about the value these projects bring to rural communities in the Akkar area. We are working hand-in-hand with these communities for the successful implementation of this project. One successful instance of collaboration was land ownership, which is still largely delineated. To secure financing, it was crucial to obtain formal documentation regulating land ownership, and with the community’s support and help of a local real estate judicial authority, within a matter of weeks we were able to secure it. These communities have been receptive to the project, for they will have a direct source of revenue, job opportunities, road improvements, and indirect economic growth. We made sure the indirect revenues generated by this project will be considerable. The social and environmental assessments of this project, undertaken in recent months, have been a priority for both the company and the financiers of the project; no environmental or social concern will be ignored. We also intend to implement the project to the highest international standards.

What do you make of the criticism regarding the pricing of electricity?

MC This project has had its fair share of challenges, which are partially reflected in the pricing of the electricity. The tariff agreed with the government is 10.45 cents/kWh for the first three years and 9.45 cents/kWh for the remaining life of the project. This is the lowest cost of electricity for EDL, with no subsidy required from the government. The tariff is extremely competitive given the challenges faced by this project, such as the low credit rating and high credit spreads resulting in high cost of financing in Lebanon, poor country infrastructure, and so on. Despite all these difficulties, we will deliver the cleanest and cheapest electricity produced in the Republic of Lebanon.