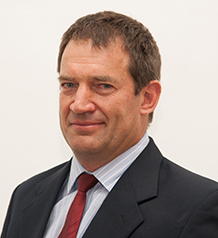 Dr. Carl Irwin is Joint CEO and a founding director and shareholder of Zambeef Products PLC. Under the leadership of Dr. Irwin and Francis Grogan, Zambeef has grown into one of the largest integrated agribusinesses in Zambia and the region. Zambeef is in the process of expanding through Nigeria and Ghana, and is developing a palm project in Zambia. Dr. Irwin graduated with a Bachelor’s Degree in Commerce from the University of Cape Town and is a Fellow of the Zambia Institute of Chartered Accountants and the Institute of the Chartered Accountant of England and Wales. He is a shareholder and director of several other companies, including Zambia’s domestic airline Proflight Zambia.

Share on:
Zambeef’s profit grew by 56% over the first half of this financial year. What would you say are the main reasons behind this success? Zambeef’s 56% rise in profit for […]

Zambeef’s profit grew by 56% over the first half of this financial year. What would you say are the main reasons behind this success?

Zambeef’s 56% rise in profit for the first half of the financial year was boosted by increased sales in our core meat business. We turned a profit of $9.79 million before interest, tax, depreciation and amortization (EBITA) in the six months to March 31, 2015, up 56% compared with the same period of last year. We also attribute the rise in earnings to strong sales of cold chain meat and dairy products and continued tight control of administrative costs. Zambeef has taken a number of bold steps forward. Our financial performance is significantly higher than in the same period of the previous financial year, and we also closed on the sale of our subsidiary company, Zamanita Ltd. This sale is in line with the strategic aim of unlocking value and capital gains from within the group and reducing the dollar gearing of the business.

How has the demand for food products evolved in the country and where does Zambeef stand in regards to satisfying the local demand?

Zambeef operates in some of the fastest growing parts of the world, and we have every intention to be an important player in meeting the increasing demand for food products. With the sale of Zamanita to Cargil, Inc., our management will be able to focus on driving our core business of production, processing, and distribution of cold chain meat and dairy products. The sale will also reduce dollar gearing and make our earnings less susceptible to rapid exchange rate movements.

You recently commissioned a $1 million state-of-the art crushing and processing plant for palm oil in Mpika. What is the significance of this plant? Can you elaborate on this development?

Zampalm’s plant in Mpika is the first palm plantation in Zambia. The plantation has 2,800ha of palm plants, which when harvested will produce crude palm oil—the most basic ingredient in the majority of vegetable oils on the market. A 2-ton-per-hour crushing mill was built this year, with plans for a second plant in 2017 and a larger 10-ton plant the following year. These will increase crude palm oil production to 17,000 tons a year. The total investment cost is estimated at $41.5 million. At current prices, this could generate more than $170 million in revenue over the next decade.

The government has recently banned the importation of edible oils. Is this investment an answer to supply the local demand?

Crude palm oil imports currently amount to over $70 million annually. More than half of Zambia’s edible oil consumption is imported from the Far East, East Africa and South Africa. The market for edible oils in Zambia is estimated at 120,000 tons per year, and this is expected to grow as the country continues to develop. Palm oil is the world’s most used vegetable oil and its derivatives are used in dynamic ways. It can be used as preservatives and antioxidants and can be found in personal care products such as shampoos and cosmetics. It is also used as a renewable fuel, and is industrially in lubricants, paints, and inks. Once fully operational, the plantation will replace 70,000 tons of imported cooking oil. By increasing domestic production, it will save the country around $70 million in foreign exchange outflows every year.

Transport and infrastructure is extremely important for the commercialization of agricultural products. Is the sector making the best use of the current infrastructure?

The farms are fully mechanized and our focus on precise farming techniques makes these facilities world-class assets. The abundance of water has enabled Zambeef to develop the irrigation potential of our farms and reduce many weather-related risks. Our Mpongwe farm continues to produce yields that are comparable with the industrialized world.