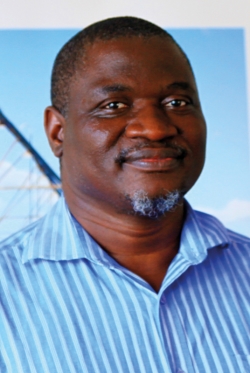 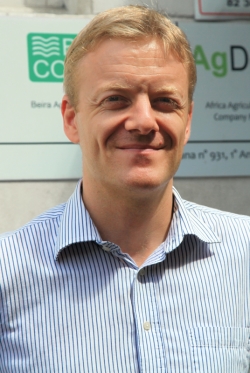 Share on:
How is your company helping to development the regional agriculture sector? EMERSON ZHOU The Beira Agricultural Growth Corridor (BAGC) is not like the ordinary projects that people are implementing around […]

How is your company helping to development the regional agriculture sector?

EMERSON ZHOU The Beira Agricultural Growth Corridor (BAGC) is not like the ordinary projects that people are implementing around the country—it is a long-term initiative that aims at facilitating the development of commercial agriculture and agribusiness with targets leading up to 2030. It is an institution built up through a partnership between the government, the private sector, and donor organizations. The BAGC is the only private sector-led agricultural development corridor institution that is in operation to date. We have been able to rally stakeholders around the plight of commercial agriculture. We have brought to light that there is a problem with commercial agriculture throughout the country. We have managed to mobilize a significant amount of resources to support public and private sector investments in the corridor. In terms of new resources, so far we have been able to mobilize $20 million for the Catalytic Fund and another $32 million for agriculture investments in the corridor. Within the framework of this initiative, the government, with support from the World Bank, is investing $70 million in irrigation development.

CHRIS ISAAC AgDevCo came here in 2009 working with the government of Mozambique to put together the BAGC initiative, which set out a 20-year vision of how to achieve the huge agricultural potential that this country has. Its potential is well understood, but not yet realized. As a result of that, two things happened. Firstly, the BAGC Partnership was established, which brings together the government, Mozambicans, the international and local private sector, and development partners to sit around the same table to identify key policy and infrastructure constraints. Secondly, it set up a $20 million investment facility, the Catalytic Fund, which is designed to make investments both in SMEs and in larger irrigation developments that can boost agricultural productivity and create sustainable, commercially viable businesses. It’s still early days, but we are already seeing some results on the ground. The fund has made over a dozen investments to date, many of which are complementary. Working with the government and other partners, we have already seeing made some practical progress on some of the infrastructure and policy constraints, whether it be working with the electricity company to put in new power lines to a farm or as addressing a phytosanitary challenge like the fruit fly issue in Mozambique. Together, the Partnership and the Fund can make change happen on the ground.

How would you describe the investment climate in the sector at the moment?

EZ The opportunities are there for people to come in and invest, which they are doing. What we see is that opportunities for socially responsible ventures are increasing, and over time we expect more to emerge. The difficulty that most investors face today is the availability of agricultural infrastructure. Potential investors need to, in addition to making on-farm investments, take into account that electricity is available a number of kilometers away, and bulk water systems. Access roads should be built; these are not investments that one ordinarily wants a private partner to be making.

CI There is clearly huge potential; however, one does need to learn how to operate in a market such as Mozambique. People should come in and start something on a relatively small scale, then look to expand that once it is working. People should not be afraid of investing, but be aware of the practical challenges to getting started and have a plan to address those. Patience is key. As for funding, it is often a matter of partnering with development agencies to access concessional capital for irrigation and last-mile infrastructure. For example, there is huge potential in Mozambique for rice. It imports over 400,000 tons a year, but has the perfect soil and climatic conditions to grow the crop. There is an attractive investment opportunity there, but there are large upfront costs to getting started, especially in irrigation.