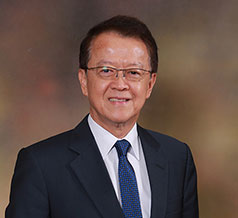 Tan Sri Dr. Jeffrey Cheah is the founder and chairman of Sunway Group, one of Malaysia’s leading conglomerates with core interests in real estate and construction. He has been conferred 10 honorary doctorates by leading universities in the world. He was appointed by the Minister of Education to Malaysia’s education panel which reviews the nation’s education system and is the founding trustee of the Malaysian Liver Foundation, the National Kidney Foundation, the Board of Mahathir Science Award Foundation, the Razak School of Government, the Perdana Leadership Foundation, and recently became the Founding Chair of the 30% Club. He is also the Chairman and Co-Founder of Asian Strategy & Leadership Institute (ASLI) and the World Chinese Economic Summit.

Share on:
"Ties are being established not just at the national level, but also at the state and provincial levels."

How have relations between China and Malaysia advanced in recent years?

The world is in an era of turbulent transition. Much of the conventional wisdom of the previous century is being challenged in the new world that is emerging in this 21st century. The Brexit vote in the UK and the election of Donald Trump to the US presidency are but two examples. Added to that are shifting geopolitical interests and alliances, plus the unsettling and unpredictable economic upheavals. It is therefore pleasing to note that amidst this rather troubled global context, ASEAN and China are demonstrating what can be achieved through a strengthening of mutually-beneficial economic, trade, and diplomatic relations. Within ASEAN, China is Malaysia’s largest trading partner and has been since 2009. Bilateral trade exceeds USD100 billion, with both governments committed to a target of USD160 billion in total trade by 2017. In a sign of the deepening economic relations between our two countries, ties are being established not just at the national level, but also at the state and provincial levels. One example is the signing of the MoU between the Melaka state government and the Guangdong provincial government in 2015.

What is your assessment of the “One Belt, One Road” initiative?

China is now ASEAN’s largest trading partner and ASEAN is China’s third-largest trading partner. But I believe the prospects are bright for the economic relationship to grow even bigger. One reason for my confidence is the One Belt, One Road initiative, mooted by President Xi Jinping. The economic potential of this initiative that connects Asia, Africa, and Europe is immense. It encompasses 65 countries with a combined population of 4.4 billion people, more than half the population of the planet. In 2014, China’s annual trade with countries along the “One Belt, One Road” route exceeded USD1.1 trillion. The initiative fits well with what is happening in our own region in Southeast Asia. In January, the ASEAN Economic Community (AEC) came into effect. The AEC seeks to create a single market and production base in the region. When fully implemented, the AEC will deepen the economic integration of ASEAN’s 10 member states through a seamless, cross-border trading and investment regime. As a single entity, ASEAN is currently the seventh-largest economy in the world, home to a consumer market of more than 620 million people with a combined gross domestic product estimated at more than USD2.5 trillion. By 2020, ASEAN aims to become the fifth largest economy in the world, with a GDP expected and projected to almost double to USD4.7 trillion. The AEC and the One Belt, One Road project will clearly provide a major boost to China-ASEAN bilateral trade.

What are the major takeaways from the World Chinese Economic Summit (WCES) in this regard?

The WCES has become a successful and institutionalized international platform to promote the One Belt, One Road initiative, as well as to foster closer China-ASEAN relations and connectivity with the global Chinese diaspora. In fact, this year’s summit in Malacca carries a special historic significance, as it was here where Admiral Zheng arrived more than 600 years ago when he first sailed from China, marking the beginning of the Maritime Silk Road. Now here we all are, working together to create a 21st century version of that original sea corridor. We believe WCES will provide a timely opportunity to assess the challenges and opportunities in the One Belt, One Road initiative. We seek to provide the platform for the best minds to share knowledge and experience, and I am confident that the WCES can play a major role in shaping the future of our region and ASEAN’s relationship with China. A mutually-beneficial China-ASEAN relationship is vital for regional peace, stability, and prosperity. As this year marks the 25th anniversary of China-ASEAN relations, let us strive to further enhance our bilateral relations to derive maximum benefits for all sides. It is my belief that we can deepen ASEAN-China relations by focusing on the 4Es—economic cooperation, education partnership, energy security, and environmental sustainability. The WCES is not about politics, but about business, friendship, culture, and education.