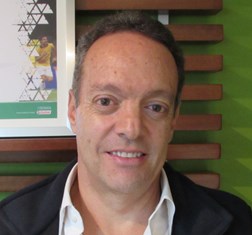 Hernando Chiriboga D. was appointed General Manager of CEPSA in 2007. He has been responsible for the broad diversification of the company’s business portfolio. He started his career at Bank of America in Quito and later served as general manager at Invesplan Financial Company, financial VP at Metropolitan Touring, and regional VP at Banco International. He studied business administration at Fort Lewis College in the US and holds an MBA from INCAE, Costa Rica.

Share on:
Partnerships with key companies in almost all continents has helped CEPSA be a major player in Ecuador's automotive sector. Using its stable base, the company is now expanding to multiple regional markets.

Can you tell us more about CEPSA´s developments in the past four years, and how has your business portfolio expanded?

We have maintained our three divisions: lubricants, tires, and vehicles. Our strategy is to diversify our suppliers in each of the three areas. For lubricants, our main partner, BP, supplies us with Castrol. At the same time, we keep our own brand, CEPSA, for low-end products. As part of our diversification plan, we signed a contract with a US-based company to import lubricants. In relation to the tire division, we are also diversifying by partnering with Yokohama (Japan), Roadstone (Korea), OTR (India), and four Chinese brands. Moreover, we recently signed a contract with Apollo Industries, a large tire manufacturer for which we will have the distribution in Colombia, Panama, Peru, and Ecuador. In March 2018, we started operations in Colombia with a Colombian company, selling tires and lubricants. We also plan to start operations in Peru, and we are carrying on negotiations to expand into Panama as well. These companies will operate independently, with CEPSA as the main shareholder. As for vehicles, we are Volkswagen distributors since 2010 and have three Volkswagen stores in Quito. In 2019, we want to grow internationally and start distributing Hyundai and open related facilities in Guayaquil.

How have CEPSA’s plans for wider distribution and warehousing developed?

We have a great warehouse system in the large Ecuadorian cities. This system is considered Castrol’s best-operating one, from Mexico to Argentina, passing through Brazil. The Quito warehouse has set a high standard for other Castrol distributors in the region.

To what extent is CEPSA localized in Ecuador?

We blend lubricants in our country. We import the base oils and the additives, though we have a bottle supplier to produce our own packaging. We consider ourselves to have a good vertical integration of lubricants. In terms of future plans, we have not written off the possibility of supplying lubricants to the countries in which we will operate. Ecuador has an excellent geographical position and port capabilities for this to materialize.

What is your vision for recycling in the automotive sectors you operate in?

At present, the Ecuadorian law requires us to recycle a percentage of our tire imports—we must also comply with such percentage. We signed an agreement with a company called Green that owns a recycling facility in the northern area of Quito where we recycle tires received in our tire shops. Additionally, we have agreements with two other retreading companies from which we collect recyclable truck and bus tires. In total, we retread about 1,000 tires per month. During 1Q2018, we sent 26,000 tries for recycling. We own seven tire shops, including the one we opened in Guayaquil in 2017. This one is a great project because our shops are extremely different from those existing in Ecuador.

What impact will the new law on improving productivity have on the automotive industry?

In terms of the local industry, I do not have high expectations. In fact, taxes will decrease for imports and the competitiveness of the local industry is not as strong as global players such as Volkswagen, which can provide significantly cheaper products. The local manufacturing industry will not necessarily have a better future with a more open economy; they will have to work hard to produce vehicles at the same price as the imported ones. Nonetheless, the new legislations are great for the country because we can take advantage of the competitiveness of agribusiness and tourism.

What is your outlook for the coming years?

We want to install the same business model we have in Ecuador in other countries. Starting with lubricants and tires, we are also considering distributing vehicles in those countries. We have identified the countries and cities where we would like to start with our expansion plans. These are Lima in Peru and Bogotá, Cali, Medellí­n, and Barranquilla in Colombia.