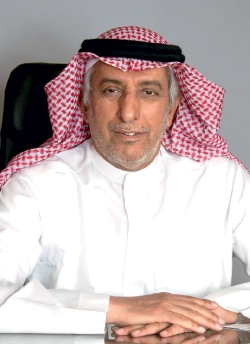 Chairman of the Board of Directors, Dallah Healthcare Holding Company

Tarek Othman Al-Kasabi has a degree in Civil Engineering and is Chairman of the Board of Directors of Dallah Healthcare Holding Company. His other experience includes being CEO of Aseer Trading, Tourism & Manufacturing Company, General Manager of Makkah Construction & Development Company, and Project Engineer at Kara Establishment.

Share on:
What is Dallah Health Holding’s position in the market and what services do you provide? Dallah Hospital started its operations in year 1987 as part of the Dallah Group. In […]

What is Dallah Health Holding’s position in the market and what services do you provide?

Dallah Hospital started its operations in year 1987 as part of the Dallah Group. In 1994, Dallah Hospital was established as a limited liability company before becoming a closed joint-stock company. In late 2012, we became a public company following our IPO. It was a fruitful move for us, raising more than SAR500 million. We added another business in the middle of 2000 called Dallah Pharma, a pharmaceutical company distributing pharmaceutical brands and products. Now it has exclusive distribution rights for around 80 products. We also created another small business unit operating and managing hospitals for third parties outside of Riyadh. For example, we now manage and operate a hospital in Al Khafji, which is owned by KJO, a joint project between Kuwait Gulf Oil Company and Aramco. We operate another hospital in Mahayel in the Southern Region. As for our original facility, Dallah Hospital, we expanded the bed capacity and added another building to it in 2007, the Obstetrics & Gynecology Hospital. In late 2013, we inaugurated the Pediatrics Hospital. We now call this area the Dallah Hospital Complex, because it comprises the general hospital in addition to various specialized hospitals. We also have another building on the way, an outpatient facility that includes dental and ophthalmology services. We also have plans to expand Dallah Pharma. We acquired a manufacturing facility in 2013 in Jeddah in a strong step to vertically integrate our pharmaceutical business. We have strong growth plans for Dallah Pharma. We are also planning to build another general hospital in the southwest of Riyadh. We have finalized the designs and started the excavation designs. We also bought land in the north of Riyadh to build a third hospital. We have set plans to reach a certain size by the end of 2018, and we want to be one of the largest health service providers in Saudi Arabia, the GCC, and the Arab world. Currently, we believe we are leaders in healthcare quality and have the second largest in number of beds among the publicly listed healthcare providers.

What is your average customer profile?

Our customers are mainly those who are covered by private insurance and other patients of companies such as Aramco, SABIC, and SCECO. We also have a good number of cash patients. There are many people in need of our healthcare and some of them prefer private facilities. On the pharmaceuticals side, the major customers are still pharmacies, hospitals, clinics, and the government.

How have the new health insurance laws impacted your business and the sector?