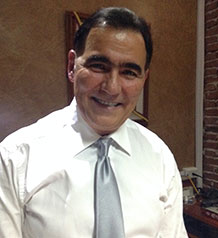 Rolando Bechara Castilla is an ophthalmologist and the current rector and president of the superior council at the Universidad del Sinú. In 1999 he was tasked with opening the university’s campus in Cartagena with the faculty of health sciences and the department of Medicine and Odontology. In 2014 the Colombian Association of Universities—ASCUN—gave the university an honorable distinction to mark its 40th anniversary.

Share on:
"We are a young institution and we believe we must establish the basic structures of the university first."

The Universidad del Sinú started out as a modest local school in Córdoba. How has the university expanded to become one of the largest on the Caribbean coast?

My father, of Lebanese extraction, initially founded a nocturnal school aimed at lower income individuals that wanted to study in the city of Monterí­a in Córdoba. The school had an agricultural technology program, which was relevant as Córdoba has a strong tradition of activity in that sector. After this he founded a private university in Monterí­a that began with a law program. He contacted the court stenographers in Monterí­a and provided them with scholarships so they could get a law degree. Nowadays, there are a number of different faculties in the university, including health, law, and engineering, and we have around 7,000-8,000 students registered here. It is the third largest business in Córdoba in terms of services offered and revenue. I studied in the US, but upon my return I opened our institution in Cartagena with an ophthalmology program. After careful consideration we decided that Cartagena was the ideal location to internationalize the university. Today, after 14 years the university in Cartagena has around 3,000 students. Cartagena has a major poverty situation. Small entrepreneurs comprise around 90% of the population in the city, with just 2-3% medium sized enterprises and 7% large companies, mostly multinationals. Health coverage in Colombia has two categories. The first is the subsidized group, which represents around 60-70% of the population who are unemployed and cannot cover their own health expenses. Individuals who pay a percentage of their salary to cover their health costs constitute the second group. They ultimately pay for the health coverage of the subsidized regime. Taking this situation into consideration, and the geographical advantages of the city’s location on the coast and status as a popular tourist destination and a hub for industrial activity, we decided that education was necessary to propel the development of the city. The goal is to transform Cartagena into a knowledge-oriented city with 30 universities. We believe it can become a logistics hub, a tourist powerhouse and an attractive destination for the banking sector. The ocean is another important resource, which is why we opened a marine biology program this year.

In which faculties are you investing the most resources to encourage economic growth in the city and the region?

We have developed the health faculty for which we built specific infrastructure with laboratories for developing biotechnology. The research will be focused on areas such as genetics, immunology, and pharmaceuticals, among others. The building will also be suited to providing medical services. The three main focuses for the health faculty are education, services, and technology, and we will also have start-ups. The new infrastructure will be able to accommodate around 3,000 students and will be opened in a month. We have also started a project to develop a dental clinic for our dentistry program. It will be around 10,000sqm, but our long-term project is to build a mega-hospital for which we have already purchased land. It will include an area which will serve as a free trade zone in addition to being a cluster dedicated to the manufacture of plastics, and this will be adjacent to the educational building.

How is the process of internationalization developing at the university?

We are a young institution and we believe we must establish the basic structures of the university first. We are improving the infrastructure in Cartagena and Bogotá and are planning to build a hospital and clinics. This constitutes the second phase of the internationalization plan. We aim to boost bilingualism in the region and foster an entrepreneurial culture, but the construction of a solid infrastructural base is important for attracting international students. The building will be inaugurated by the president in August, and it will mark the beginning of a new era for the university.